Here we review the LIV @ MB condo, a new residential development coming up for sale in Singapore’s East Coast District 15. This is a relatively upscale, and certainly favoured location, close to the Central Business and Financial District of Marina Bay and Raffles Place.

Liv @ MB is being developed by Bukit Sembawang Estates, generally regarded as one of the most established and dependable housing developers in Singapore.

The project will occupy the site of the former Katong Park Towers, at the corner of Mountbatten Road and Arthur Road. This is a pretty plum parcel of land.

To start with, Arthur Road is just off Meyer Road, arguably the most upmarket road in an already prime district. The site is 250 metres, 3 to 4 minutes walk, from the upcoming Katong Park MRT station along Meyer Road.

Katong Park station is slated for completion in 2023. It is on the Thomson-East Coast Line, and 4 train stops to the Marina Bay Financial Centre. 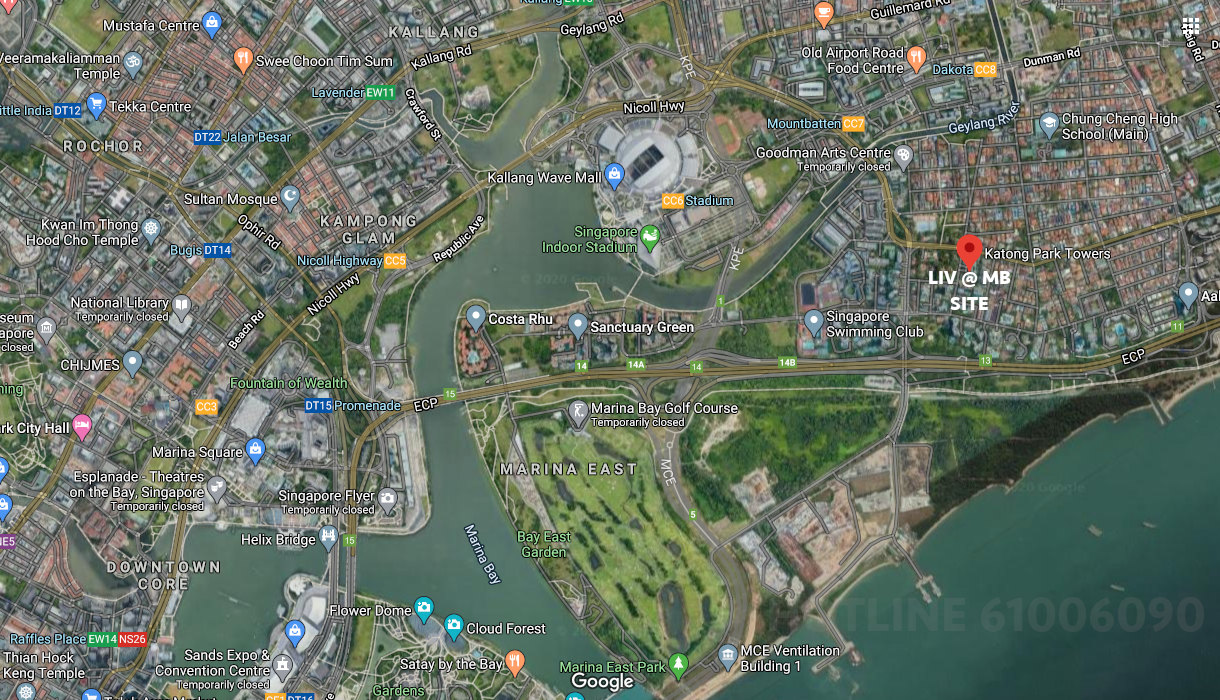 The LIV at MB condo is a high-rise development that is nestled in a mainly landed estate. To the immediate north and west are low-rise houses stretching quite a distance, that affords it rare, unblocked panoramic views of the city skyline.

According to its CEO, Bukit Sembawang Estates sees good potential to this site as it is close to the future Katong Park MRT Station. With Katong’s rich heritage & rejuvenation initiatives under the Kallang Masterplan, they are confident of this being another quality addition to their portfolio.

Which is particularly so given the nature of the neighbourhood. This estate is probably the most coveted residential area outside the Core Central region. It is near the city centre, is en-route to the airport, and filled mainly with private housing, for historical reasons.

It also boasts a rich ambience and character that comes from a strong cultural heritage, and the longest beach and seafront park in Singapore. That gives it a more relaxed laid-back feel, a welcome respite from the hemmed-in feeling of the city and other more densely built up parts of the island.

The LIV at MB . Competitive Advantage

One advantage that the Liv MB condo enjoys over its immediate neighbours is its large land size. It occupies a pretty sizeable land parcel, unlike most surrounding ones on much tighter plots with little extra space.

This means a lot more ground for communal facilities and gardens and landscaping. 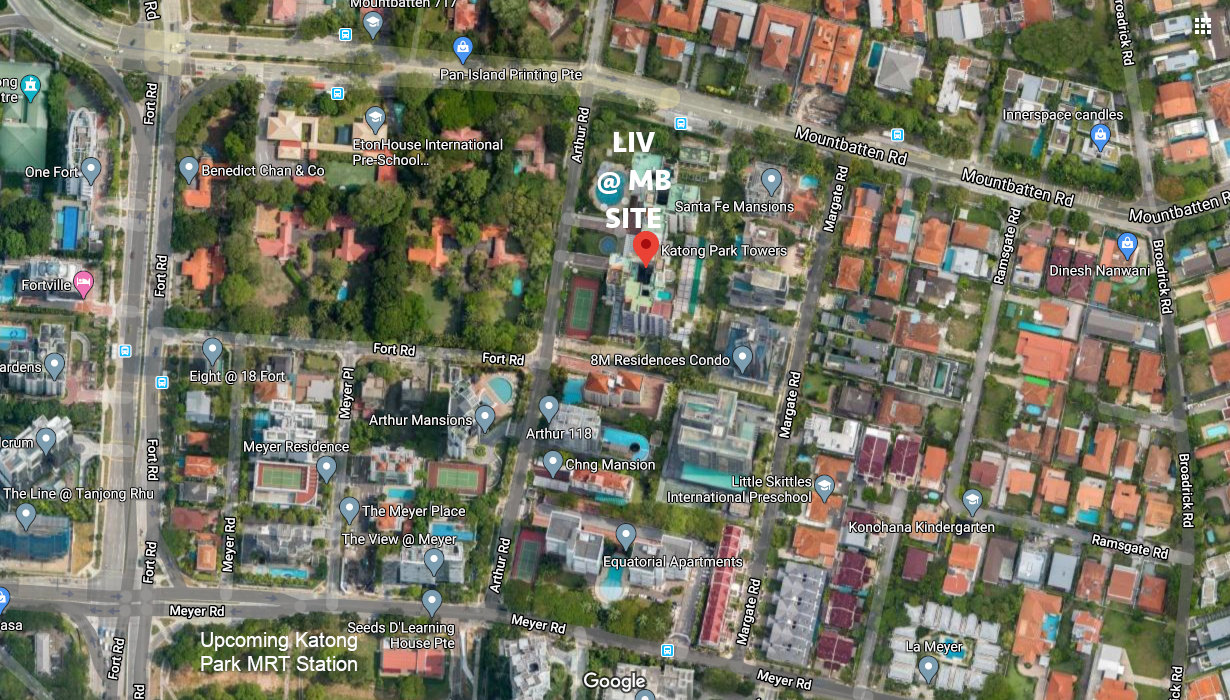 The other advantage is that the LIV @ MB pricing will be below that of other new launches in the area. Mainly due to its 99 year leasehold tenure, so the land cost was lower.

This allows for a lower entry price and quantum and higher rental yield, as tenants pay the same rent for freehold as for leasehold.

The downside is of course, the psychological barrier for those who are used to owning freehold tenures.

However, bearing in mind that all projects will age and most eventually undergo redevelopment via en bloc collective sales, this factor is perhaps not such a major issue.

Especially those in good or desirable locations. As this one is. To attest to that is the fact that the bidding for this originally Katong Park Towers site was hotly contested. It attracted 10 bidders, all offering above the reserve price.

The LIV @ MB condo floor plan layouts are not available yet. Please drop your contact details in the Form below if you wish for the floor plans to be sent to you once released.

Liv @ MB Singapore is a high-rise condominium within the East Coast residential enclave off Fort Road. It occupies a fairly large rectangular parcel of land at the corner of Arthur Road and Mountbatten Road.

According to URA’s Master Plan, this site is zoned “residential”, with allowable plot ratio of 2.1, and maximum building height of 24 storeys.

The land parcel runs in an almost north-south direction, with its main entrance via Arthur Road.

It is flanked on its east and south by other high-rise condos and apartments, though these tend to be on small plots with single towers.

Hence on those sides, which look seawards, it is possible for higher floor units at the Liv @ MB condominium to get some pretty good pocket sea views.

To the north and west of the site, is an expanse of predominantly low-rise landed housing.

Which means that units on these sides get unobstructed views even from the lower-mid floors upwards. While high floor residents may be able to get views all the way to the city skyline.

Given those characteristics, and its proximity to the sea, most apartments here should be able to get plenty of natural light, and sea breezes.

The Liv @ MB condo showflat is not ready for viewing yet. Please drop in your contact details via the Form below if you wish to be alerted when the showflat is ready to take viewing appointments.

The LIV MB condo prices have not been determined yet. Please let us know via the Contact Form if you wish to be updated on the pricing when available.

The site for the development of LIV @ MB Singapore is that of the former Katong Park Towers.

Bukit Sembawang Estates purchased this 99-year leasehold plot in an en bloc collective sale tender for SGD$345 million. It topped the total of 10 bids received at the close of tender on 15 March 2018.

In addition to the sale price, Bukit Sembawang had to pay approximately SGD$60 million for the lease upgrading premium. The good news is that the increase in development charges in this precinct had little impact price-wise, as Katong Park Towers had a high baseline.

After factoring in all the charges involved in developing the site, such as for construction, fees, overheads, financing and marketing, the breakeven could come up to around $1,850 PSF.

This gives Bukit Sembawang room to play with the pricing, and still have it comfortably below that of surrounding new launches. For instance, the closest ones, the freehold Meyer Mansion and One Meyer, average around $2,6xx to $2,7xx PSF.

The Liv @ MB Singapore is being developed by Bukit Sembawang Estates, one of Singapore’s most established real estate players. It is widely regarded as a trustworthy developer with a reputation for quality work.

Bukit Sembawang was founded in Singapore in the 1950s, and in 1968 was incorporated as a public-listed company. The Group’s main business activities are in property development and investment, and other real estate-related ventures.

In the 50 years or so since it started operations, it has built some of Singapore’s more well-known residential projects. These have included not just over 1,800 condominium units in prime areas such as Districts 9 and 10, but also at least 4,600 landed houses in the Sembawang and Seletar Hills neighbourhoods.

As one of the leading pioneers in residential developments in Singapore, Bukit Sembawang has a wealth of expertise and experience under its belt. This, together with its stated commitment to quality, has won several real estate industry awards and accolades through the years.

Bukit Sembawang homes are often characterised by well-planned and functional designs, and fine detailing and finishing, as well as good value.

Perhaps in testimony to this, their latest launches, the Luxus Hills Signature and Contemporary collections sold out within a few days of their previews in late 2019 and early 2020 respectively. 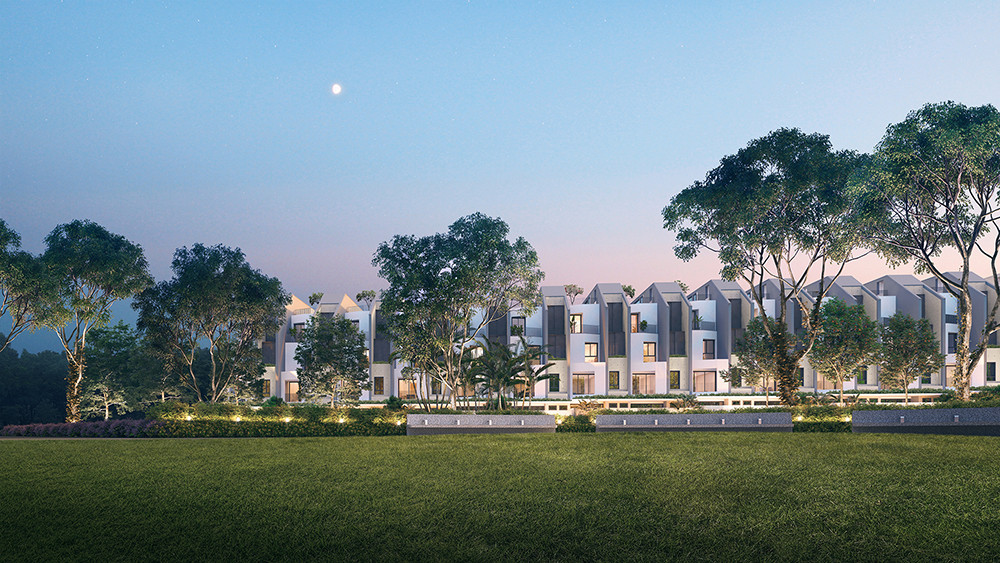 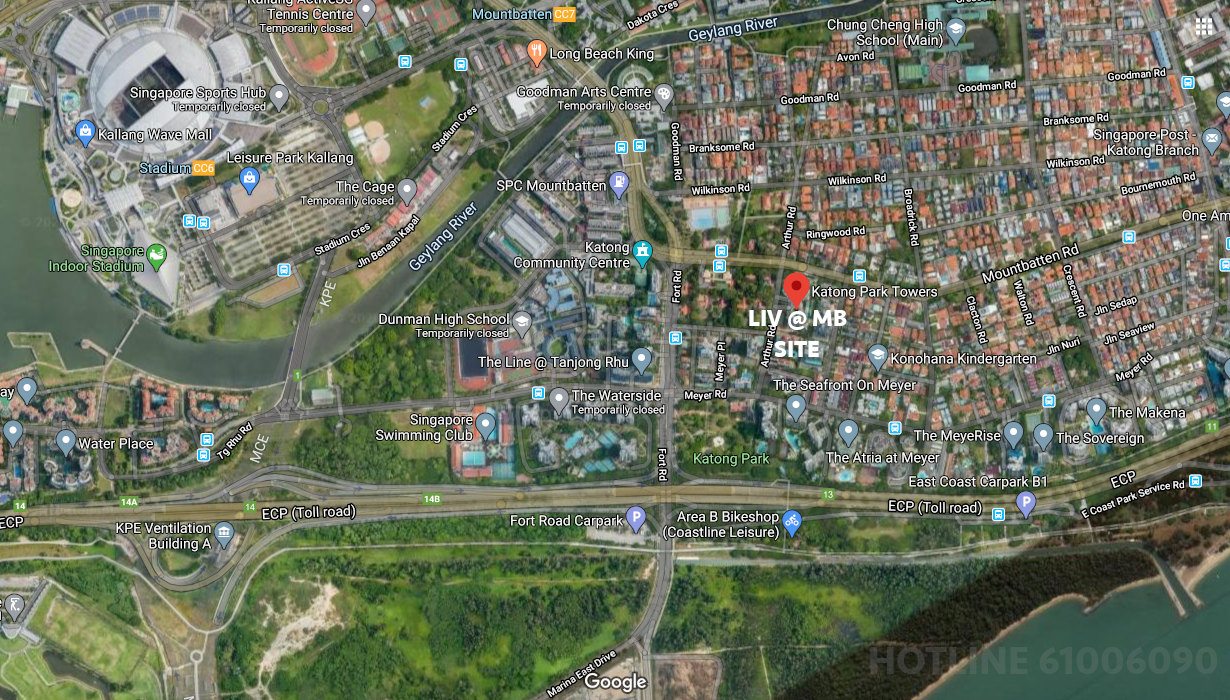