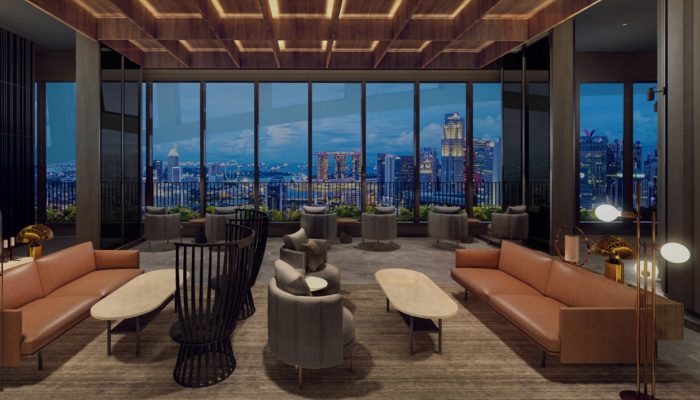 This project is rare in being the only new launch integrated development at the moment that is freehold. It is being built on the site of the former Fuji Xerox Tower office building owned by City Developments (CDL).

CDL will be re-developing Newport under the government’s CBD incentive scheme. The scheme aims to transform the city’s ageing districts, while adding more homes and vibrancy to the urban core. 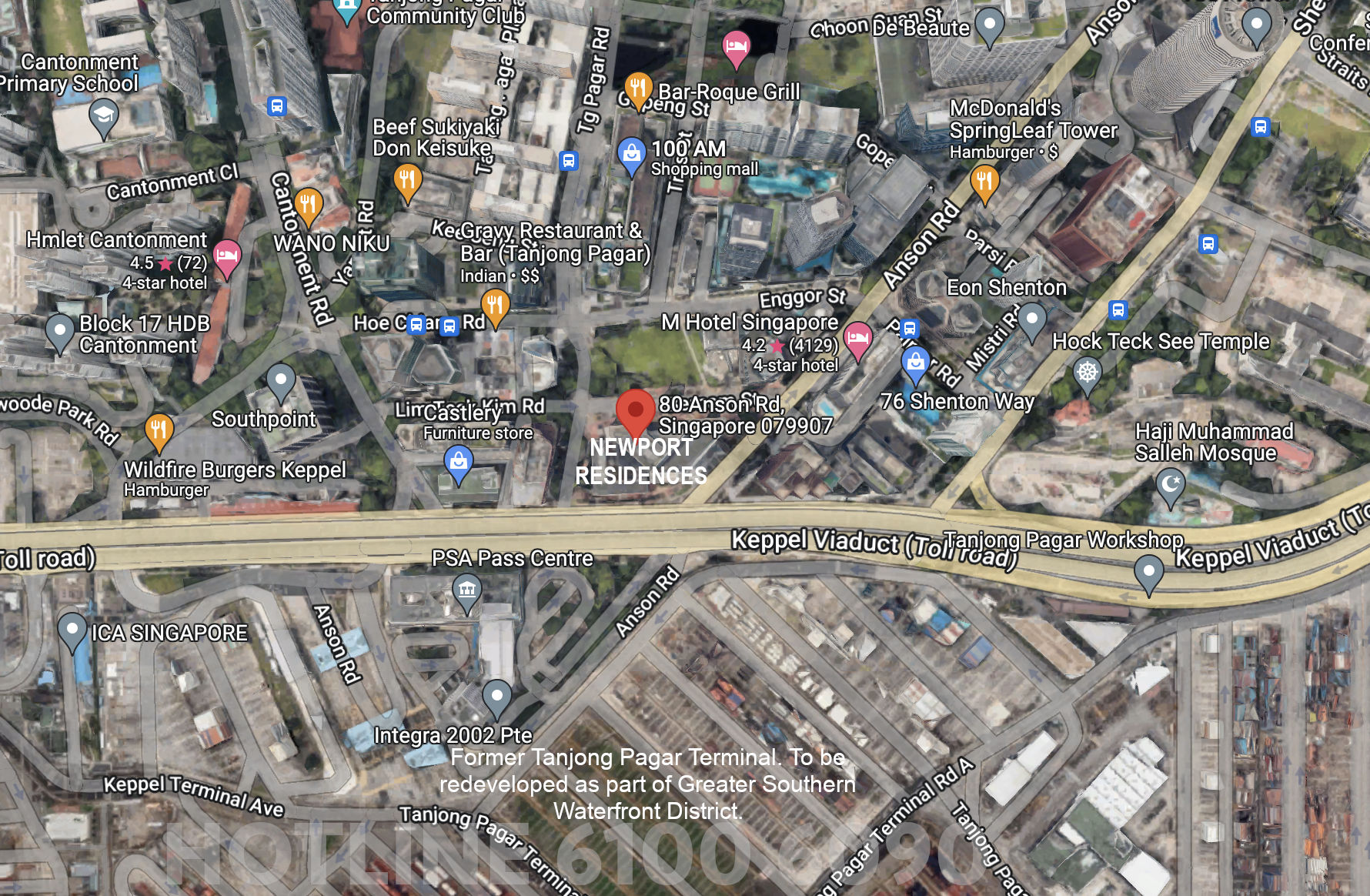 Newport Tower occupies its own island site in Tanjong Pagar at the southern end of Singapore’s downtown core. It is bounded by Anson Road, Bernam Road, Tanjong Pagar Road, and Keppel Viaduct above Keppel Road. Tanjong Pagar is one of the oldest parts of the CBD, with a rich and diverse heritage.

The new mixed-use integrated development will house residential and serviced apartments, with public and commercial spaces. Under the incentive scheme, the new building will enjoy 25% more gross floor area (GFA) than the original office complex. Hence it will cover a total GFA of 655,000 square feet or 60,851 square meters. Of this, roughly 40% is given to retail and office space, 35% to residential use, and 25% to serviced apartments. 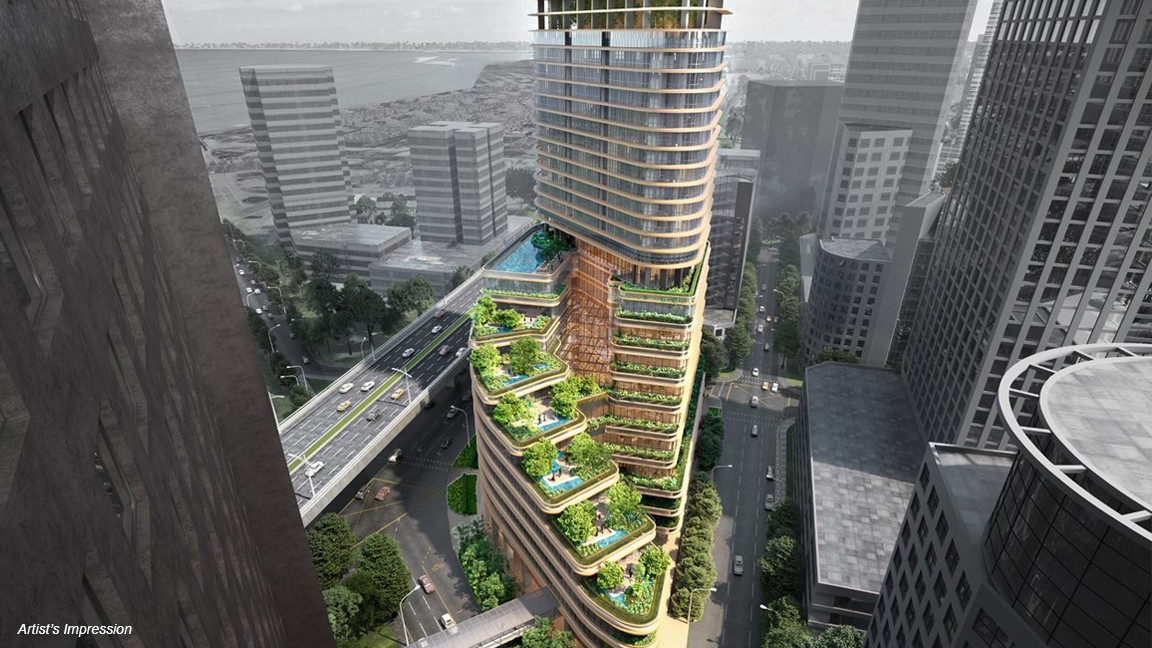 ADDP Architects is the Project Architect for the development, working in collaboration with the Principal Architect, Japanese firm Nikken Sikkei. According to Mr Tang Kok Thye, associate partner at ADDP, “80 Anson Road would be the first integrated development in Singapore with four different components in a single tower.”

Besides its location in the core Downtown area, Newport Residences is near two MRT stations as well. The nearer one will be Prince Edward Road station on the Circle Line, currently under construction to close the loop. Its closest exit is 200 metres or 3 minutes walk away.

The other, Tanjong Pagar station on the East-West MRT line, is also within walking distance. To its nearest exit C is 420 metres, or about 6 minutes walk, after allowing for crossing the roads in between.

Newport Tower is also located in the Greater Southern Waterfront masterplan zone, and likely to benefit from the upcoming transformation.

Newport Tower is surrounded by mainly office towers, with some having F&B and retail spaces at ground level too. These create a vibrant streetscape, with a diversity of shops and eateries serving nearby office workers.

It is also around seven minutes walk from Guoco Tower, the iconic integrated development and skyscraper at Tanjong Pagar MRT station. This comprises offices, six levels of retail, hotel, and Wallich Residence, apartments that sell for $3,000 to over $4,000 PSF. 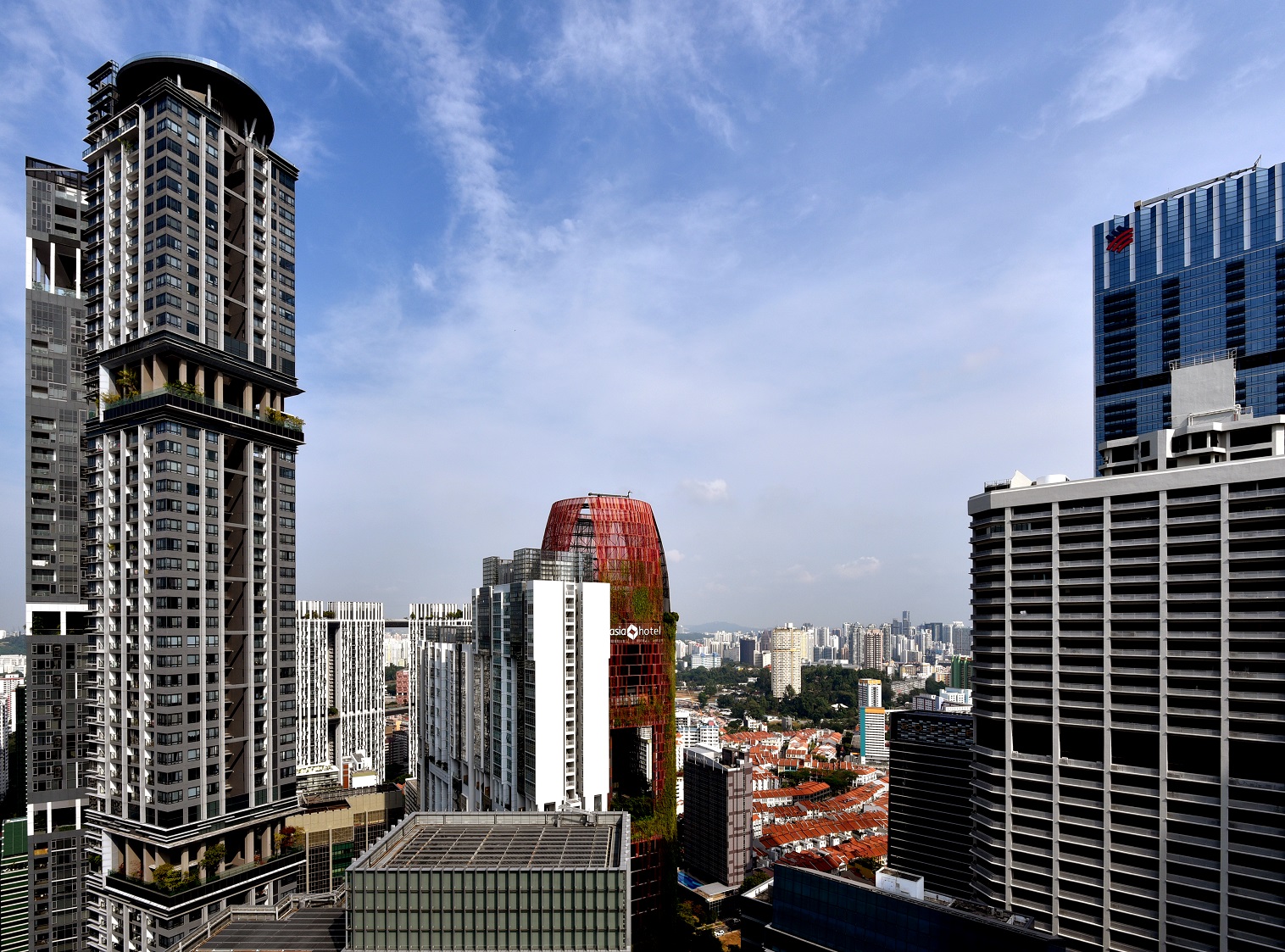 Developments in Tanjong Pagar around the Newport Residences Condo

The Urban Redevelopment Authority (URA)’s rejuvenation plans are in progress for the Tanjong Pagar and Anson areas. These bode well for Newport Residences, both as a place to live in, and as an investment.

At the same time, COVID-19 has shaken up how Singaporeans work, live and play. In response, urban planning is being re-calibrated to better meet these needs.

In fact, URA had already initiated some of these changes previously. But COVID has “sharpened the need” and given impetus to a higher residential population and more mixed uses in the CBD. 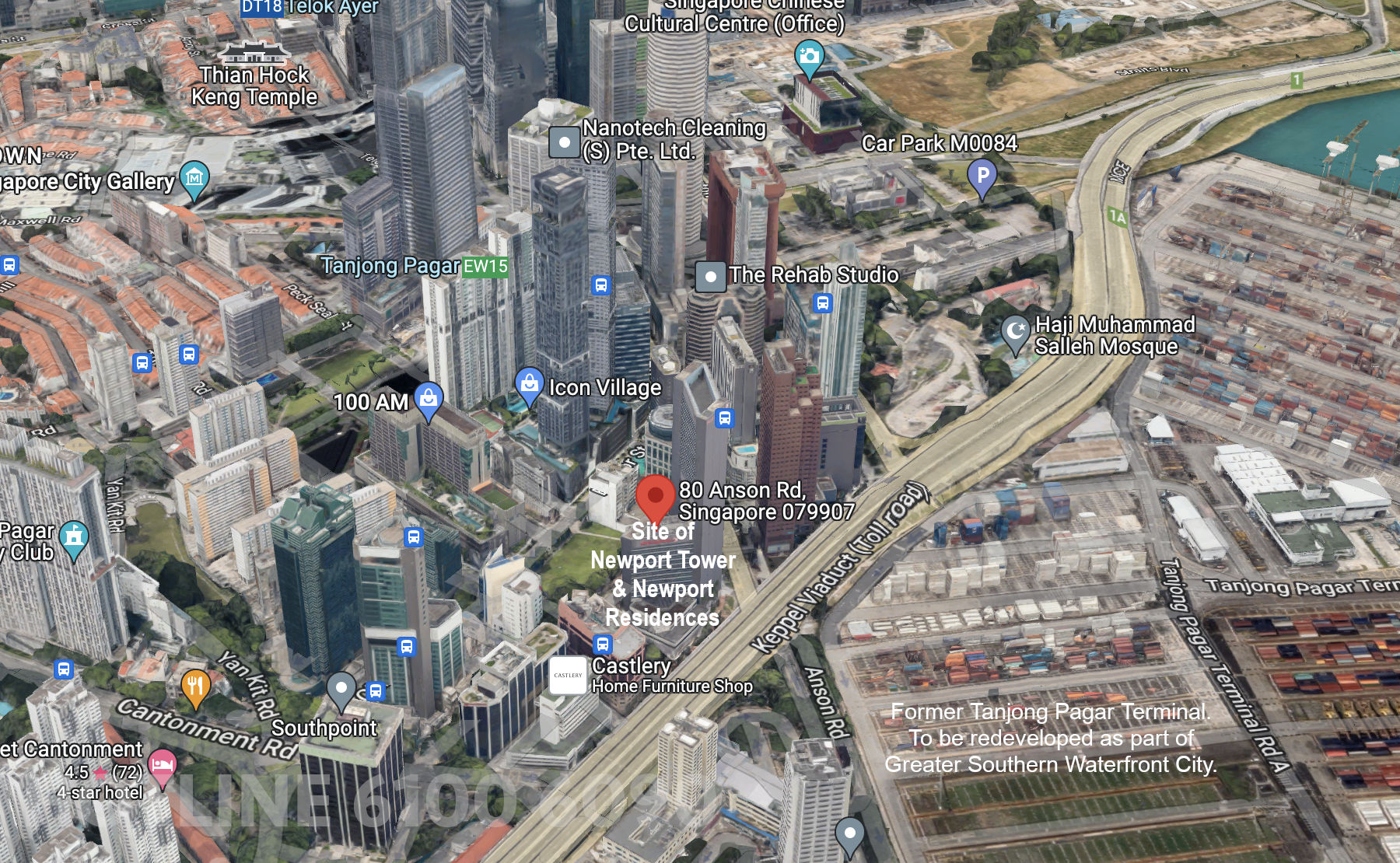 URA says: “In particular, the CBD Incentive Scheme, which aims to transform the CBD into vibrant mixed-use neighbourhoods instead of being a mono-use office-centric district, is well-placed to accommodate such changing trends.”

Hence Newport condo residents will be able to work, live, dine, relax, and shop within the neighbourhood. In addition, just south across Keppel Road, lies the former Tanjong Pagar Port. This precinct is being re-developed as part of the Greater Southern Waterfront grand master plan. It will become a very attractive, vibrant district once completed, which should enhance the value of its surrounding neighbourhood. 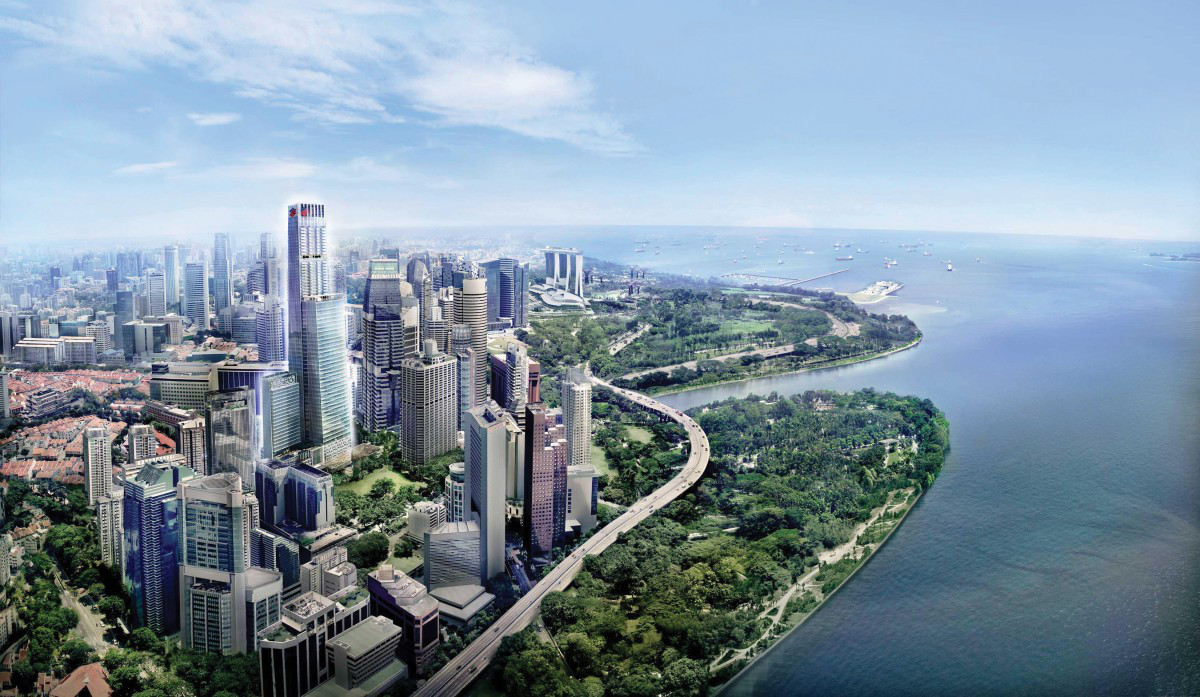 Tanjong Pagar will be Singapore’s Next Waterfront

In his 2019 National Day Rally speech, PM Lee outlined some of these plans: New attractions, housing and office spaces to be developed in the Greater Southern Waterfront.

This vision could take the next 10 to 15 years to be fully realised and completed. But its growth bodes well for the future upside potential of Newport Residences.

The Greater Southern Waterfront Plans . In a Nutshell

For the longest time, the coastline south of Tanjong Pagar was given over to port activities and a container terminal. This inevitably hindered any expansion of the CBD southwards and westwards.

However in 2013, URA announced that the port activities both here and at Pasir Panjang, would be moved to Tuas. The land freed up, including the coast in between, was to be developed into a vast new waterfront city, to be called the Greater Southern Waterfront.

Vision for The Greater Southern Waterfront

These plans will work exciting changes to the city skyline in this part of Singapore. A continuous 30KM long waterfront promenade will front the coastline westwards from the CBD (Central Business District).

The CBD will be extended a good way westwards. And it will incorporate a green park winding its way from Gardens by the Bay, to Labrador Park. Storm-water run-offs will be channelled to fill a man-made reservoir.

Work to move the Tanjong Pagar port has almost finished. The first berths at Tuas are slated to start operations in 2025.

The relocation of the port is expected to free up 925 hectares of prime seafront land. That is roughly three times the size of Marina Bay. URA intends to release land for construction of the first phases of the waterfront city, in about 5 years time.

So in future, Newport Residences will have the advantage of being a freehold project on the doorstep of this city. Its residents will get to enjoy all the benefits of a lifestyle hub within 5 to 10 minutes walk. Malls and shops, supermarkets and cafes, bars and bistros. The coastline here will be cleaned up, with breezy waterfront alfresco dining, greenery, and lots of activity. 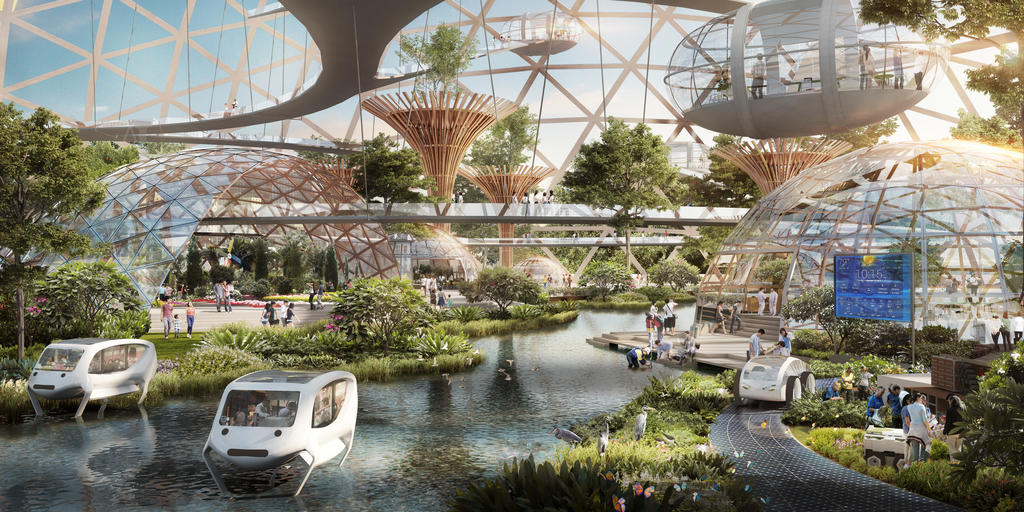 The Newport condo floor plans are not finalised yet.

Please drop us a note via the Contact Form if you would like the Newport floor plans brochure to be sent to you once ready. Thank you.

The Newport Residences site is a trapezoid-shaped land parcel, bounded by roads on all four sides. It lies in between Tanjong Pagar Road at its west border, and Anson Road on its east / south-east. On its north is Bernam Street, parallel to Keppel Viaduct and Keppel Road on its south border.

Being an island side, there is more openness and breathing space between Newport Tower and neighbouring blocks. This provides better privacy and wind flows for the Newport condo units, especially those facing south and south-west.

Based on the URA master plan, the plot ratio for this site is 5.6. However the CBD Incentive Scheme gives this site an additional 25% GFA (gross floor area), bringing the plot ratio up to 7. Hence it can potentially go up to 46 to 51 storeys high, towering over most of its neighbours. 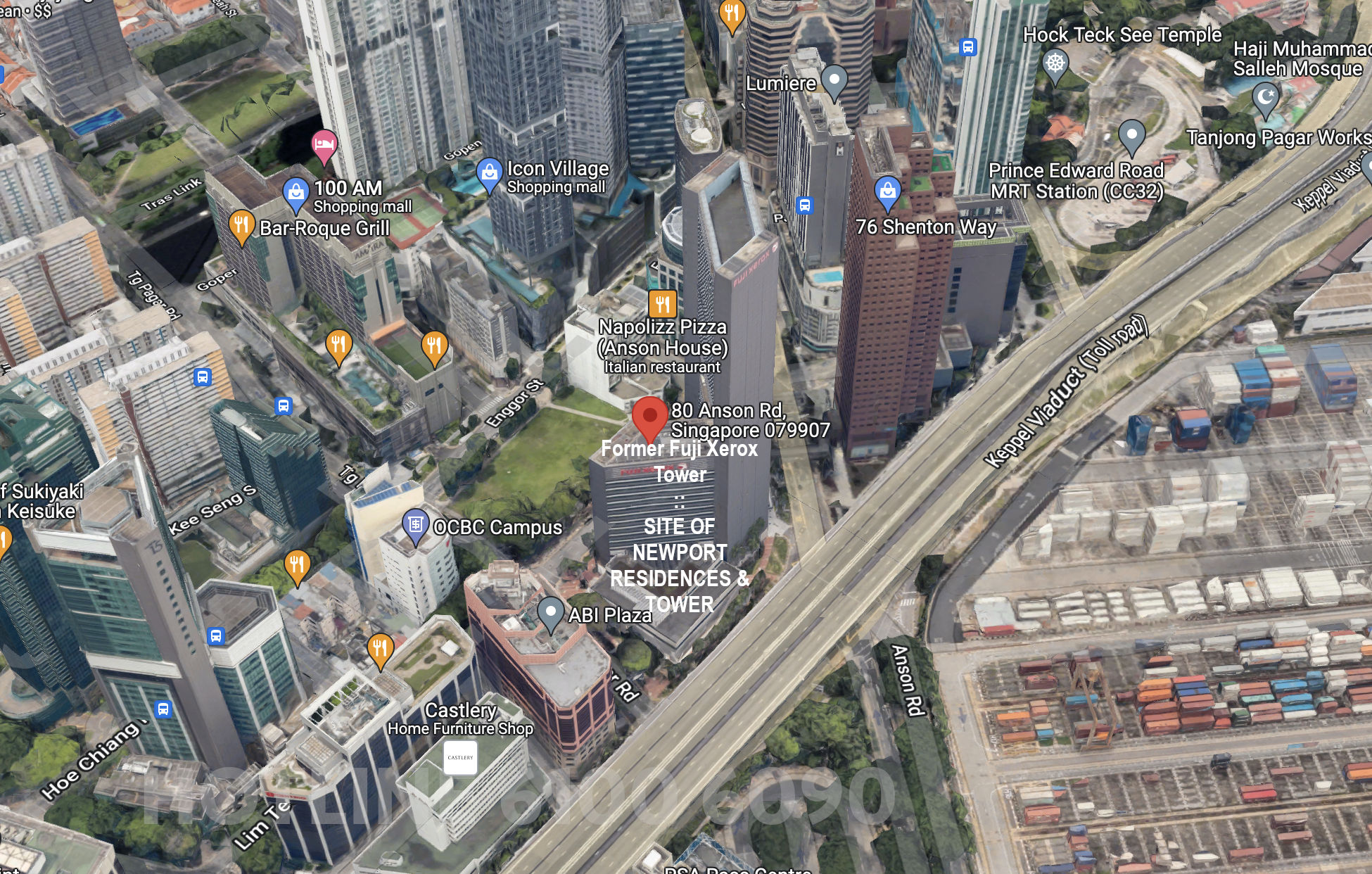 The design for this project is a single, partly cascading tower, that houses all the components of this mixed development.

Please drop a note via the Contact Form if you wish to arrange to view the Newport condo showflat.

Viewings for the VIP Preview will be by advance appointment.

The Newport condo prices have not been finalised yet.

Please let us know via the Contact Form if you wish to know the pricing once available.

The site was previously that of Fuji Xerox Towers, owned by City Developments (CDL). As CDL will be redeveloping the site themselves, there is no “purchase” land price to use, to compute cost.

Hence the best metric to use for estimating possible selling price is probably market pricing, or comparable new launches nearby.

The closest comparison is the 99-leasehold One Bernam, another mixed-use project directly across Bernam Street. One Bernam is currently selling at between $2,3xx PSF for the bigger units, to around $3,000 PSF for one bedders.

However Newport Residence is freehold, which normally commands a 15 to 20% premium over leasehold sites. So this might translate to a possible pricing of somewhere between $2,750 to $3,600 PSF.

Newport Tower and Newport Residences are being developed by City Developments Pte Ltd.

City Developments is well-known to be one of Singapore’s most established, reputable, and prolific developers.

City Developments is a global real estate group, with operations in 112 locations spread across 29 regions and countries. It has the distinction of being one of the biggest companies listed on the Singapore Stock Exchange, by market capitalisation.

All in all, it manages over 23 million square feet of residential, commercial, and hospitality space worldwide. Among these are 152 hotels, many in gateway cities across the globe that provide over 44,000 rooms, including in its wholly-owned hotel chain of Millennium & Copthorne Hotels Ltd.

CDL especially has a tonne of experience and an admirable track record in residential property development. In over 55 years of real estate development, it has built more than 47,000 homes to date. A lot of them are in Singapore.

Track Record for CDL . Developer of the Newport Condo

It is also responsible for several mixed-use or integrated developments. Those currently under construction include Piccadilly Grand (in conjunction with MCL Land), and Sengkang Grand Residences (together with Capitaland).

Another project that CDL is working on with Capitaland, is the iconic and beautifully-designed integrated development of Canninghill Piers. 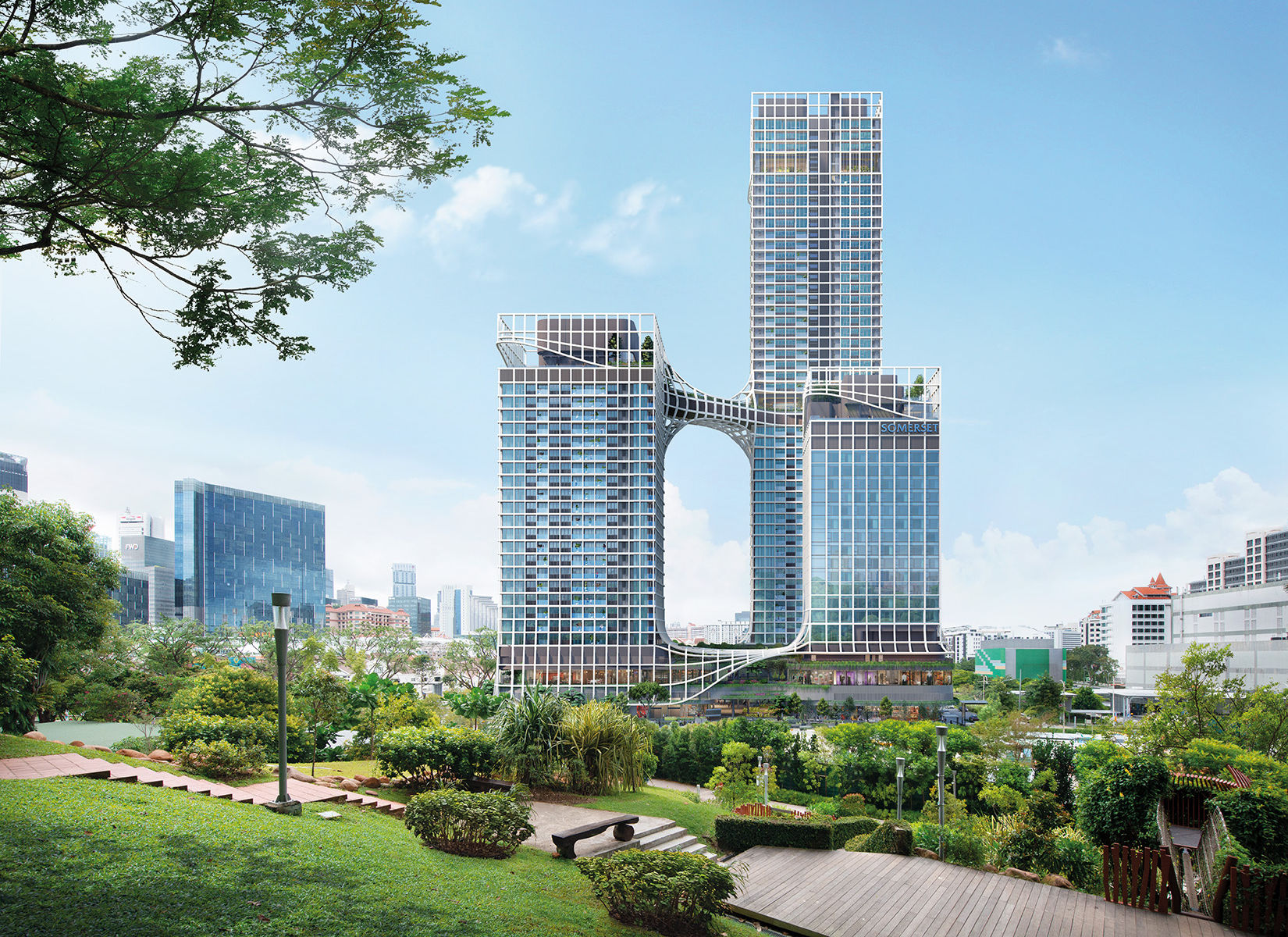 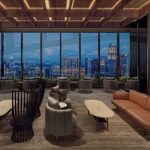