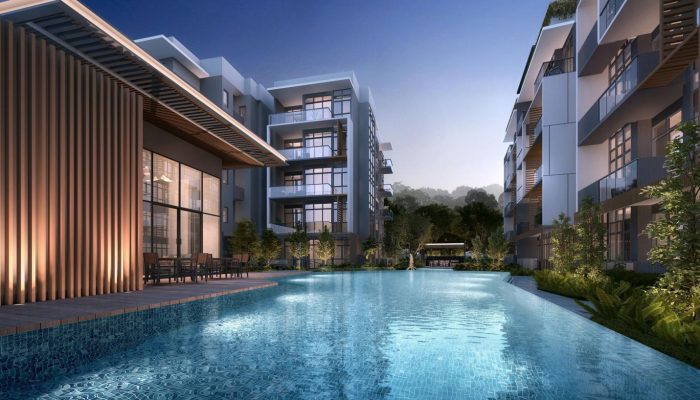 Here we present a Review of the Phoenix Residences condo. The Phoenix Residence is a low-rise residential development located along Phoenix Avenue off Upper Bukit Timah Road near the Bukit Panjang MRT station, an area that has not had a new launch for some time.

This project is being developed by USB Holdings, that is partly owned by OKP Holdings. 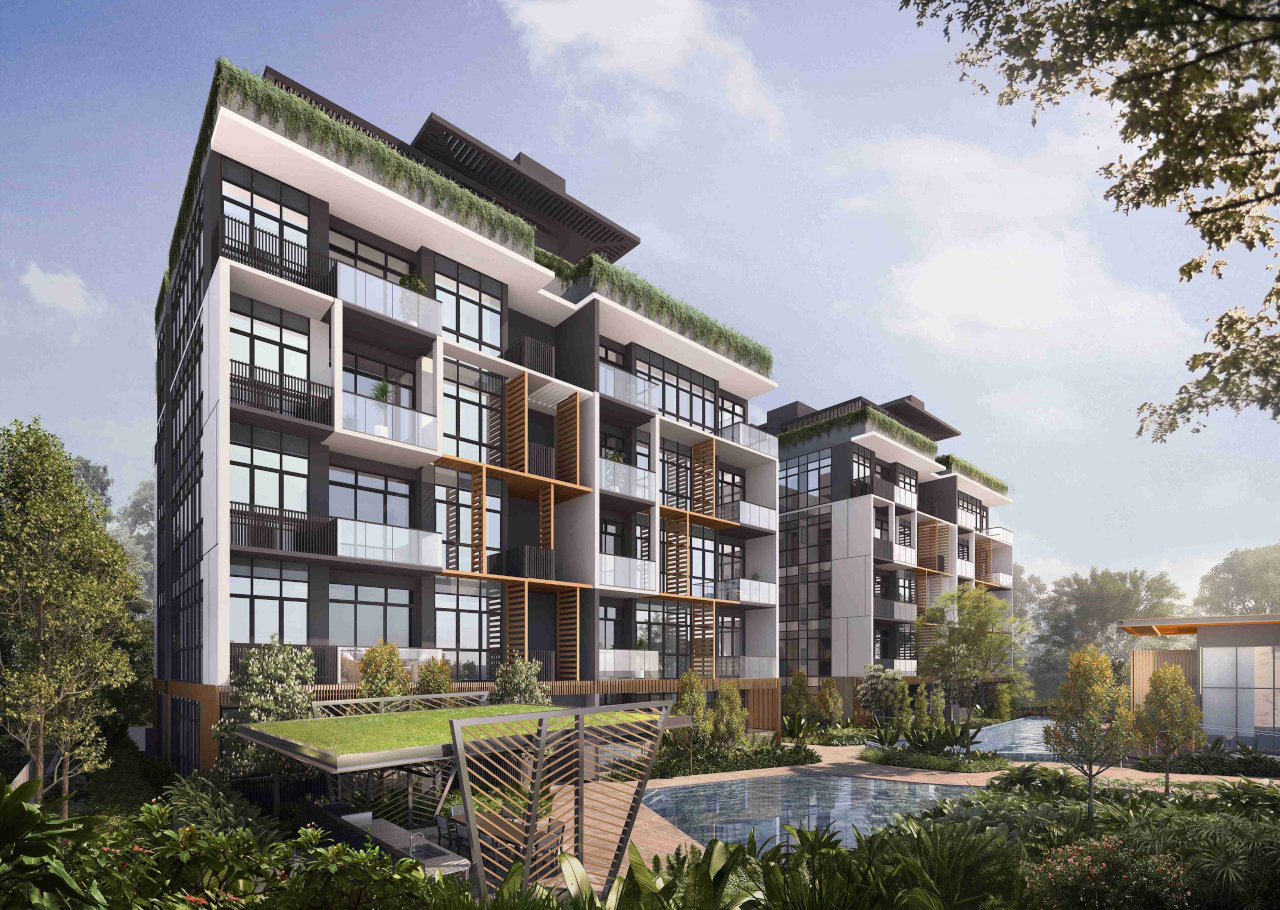 Phoenix Residences itself sits on a secluded corner site in a landed housing enclave that is also low-rise, mainly two to three storeys high. The land was formerly occupied by Phoenix Heights apartments, that was sold in a collective en bloc tender in August 2018.

If you prefer a quiet, private neighbourhood, away from crowded built up areas, then the Phoenix Residences condo may be the place for you. There is a rather laid-back feel to the estate, with less of the hustle of city living to be seen here.

To the west of the land parcel are the lushly forested grounds of Bukit Gombak. And to the north is Phoenix Park. Both follow their URA Master Plan zonings, so we likely won’t be losing those patches of greenery anytime soon.

Under the 2014 Master Plan, the site and its surroundings are zoned for residential use at a plot ratio of 1.4. This translates to a maximum of 5 storeys for Phoenix Residence, as against the 2 to 3 storeys of its neighbours across Phoenix Road and Phoenix Avenue.

However some of these neighbours are on higher ground, so eventually they could end up the same height in parts. The best views are probably to the west and north, giving units on those facings both a private and green outlook.

If you are looking for a place that is within very close walking distance of an MRT station, then this is not for you. The nearest MRT station is Bukit Panjang Station on the Downtown Line.

It is 11 minutes walk away by the main road. Or 12 minutes walk via a more pleasant path past Phoenix Garden to Phoenix Alley, before emerging at Choa Chu Kang Road as well.

However the saving grace is that there is Hillion Mall beside the station, and Junction 10 across from it. The Downtown Line is also not a bad line to be on; it goes down Bukit Timah Road past its education belt to Newton, Bugis and Downtown stations and on to Changi.

But possibly of greater importance to potential buyers is the pricing.

And here is where the project perhaps has an edge. The developers managed to get this piece of land for $33.1 million, almost $3 million below its $36 million reserve price. They were helped by a market spooked by the 5th July cooling measures just a month before.

After adding the cost of topping the lease back to a fresh 99 years, the land rate works out to possibly around $685 per square foot per plot ratio (PSF PPR).

To put it in perspective, this is close to the land cost of Treasure at Tampines, one of the most successful recent launches. Treasure managed to sell 50% of its 2,203 units within a year of its Preview in March 2019, being the most affordable new condo within walking distance of an MRT station.

Buyers could find the pricing for this Phoenix condo to be just as attractive. Particularly as it is about the same walking distance to an MRT station as for Treasure.

Regarding the developer OKP Holdings, it is no stranger to such projects. It is currently building The Essence, a similar low-rise boutique condominium in Sembawang. In fact there are many other points of similarity as well.

The Essence is also set within a low-rise, laid back neighbourhood, close to greenery. Even the land cost is alike. And one of its best features has to be its floor plan layouts. These are among the most practical and liveable around. 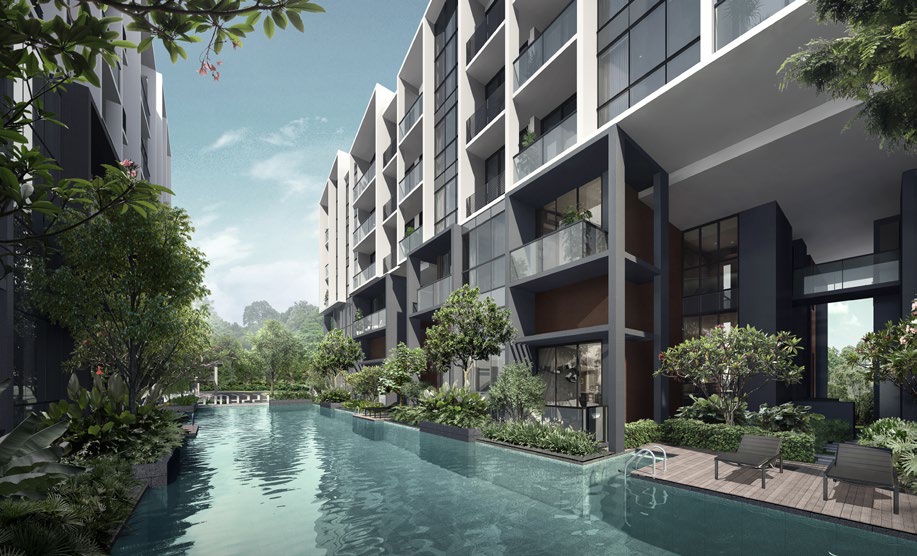 The Essence by OKP Holdings . Developer for this Phoenix Condo

Kindly let us know via our Contact Form if you would like us to email you the full set of Phoenix Residence floor plans. 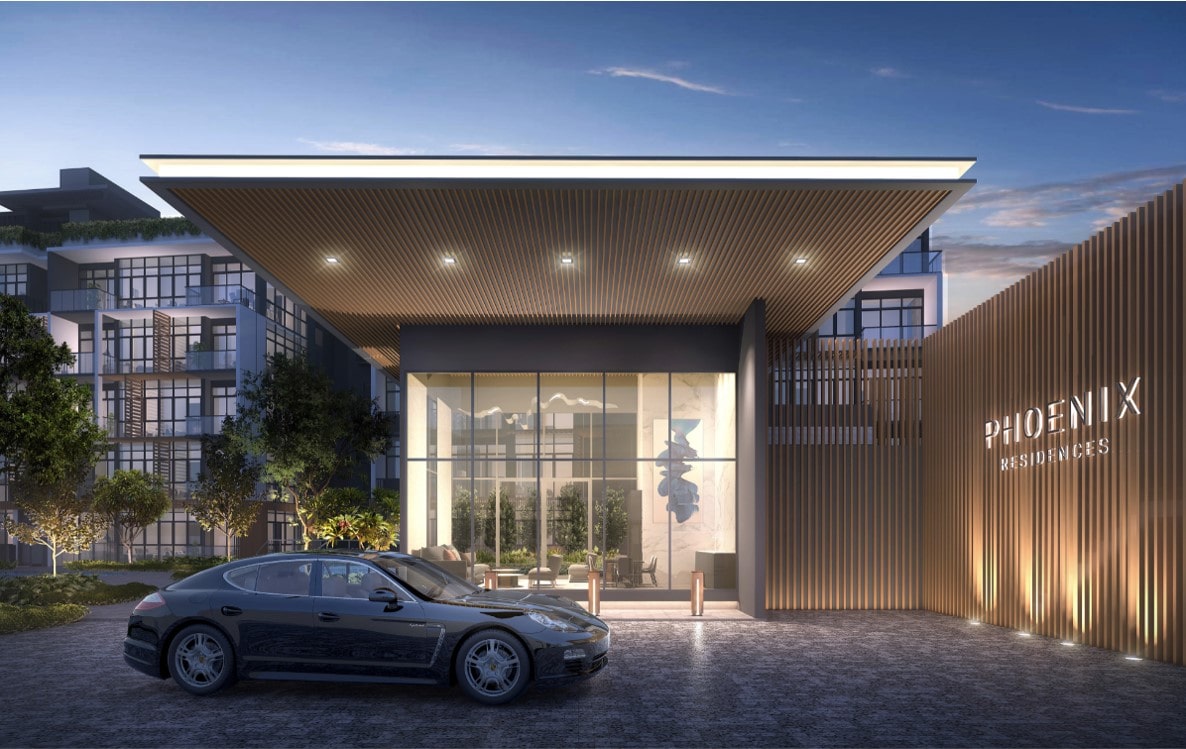 The site itself is an almost squarish plot at the corner of Phoenix Road and Phoenix Avenue. Since the other two sides are bounded by the greenery of Gombak hill and Phoenix Park, this effectively turns it into an island site.

Hence most of the units will enjoy quite a nice outlook. If not overlooking the forested grounds & trees on its west and north, then across the road to the landed houses on its east and south.

Based on its allowable density and height of up to five storeys, this Phoenix condo will accommodate 74 apartment units. 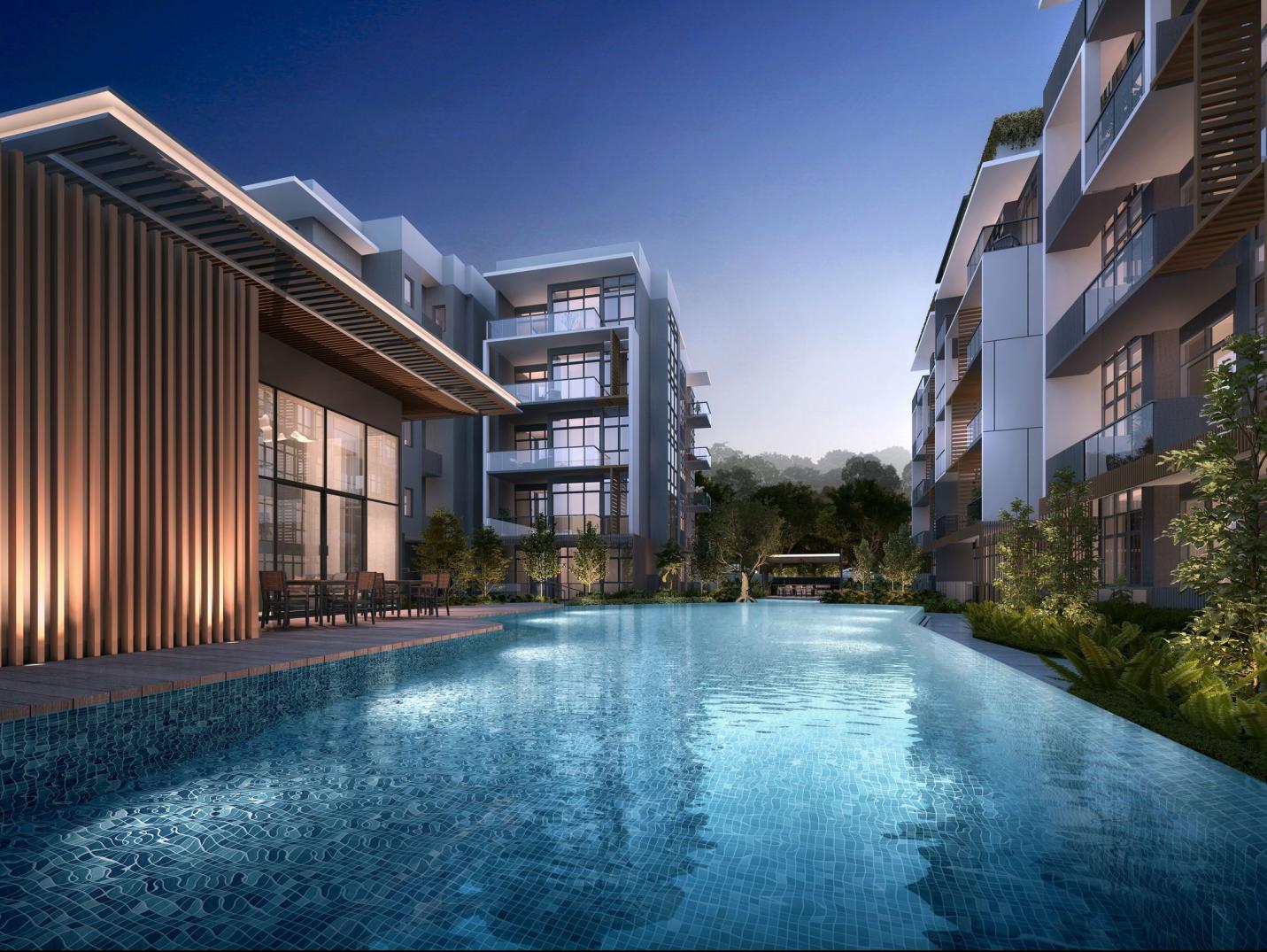 Please drop us a note via the Contact Form if you wish to view the Phoenix Residence showflat. Viewings can be arranged by advance appointment. 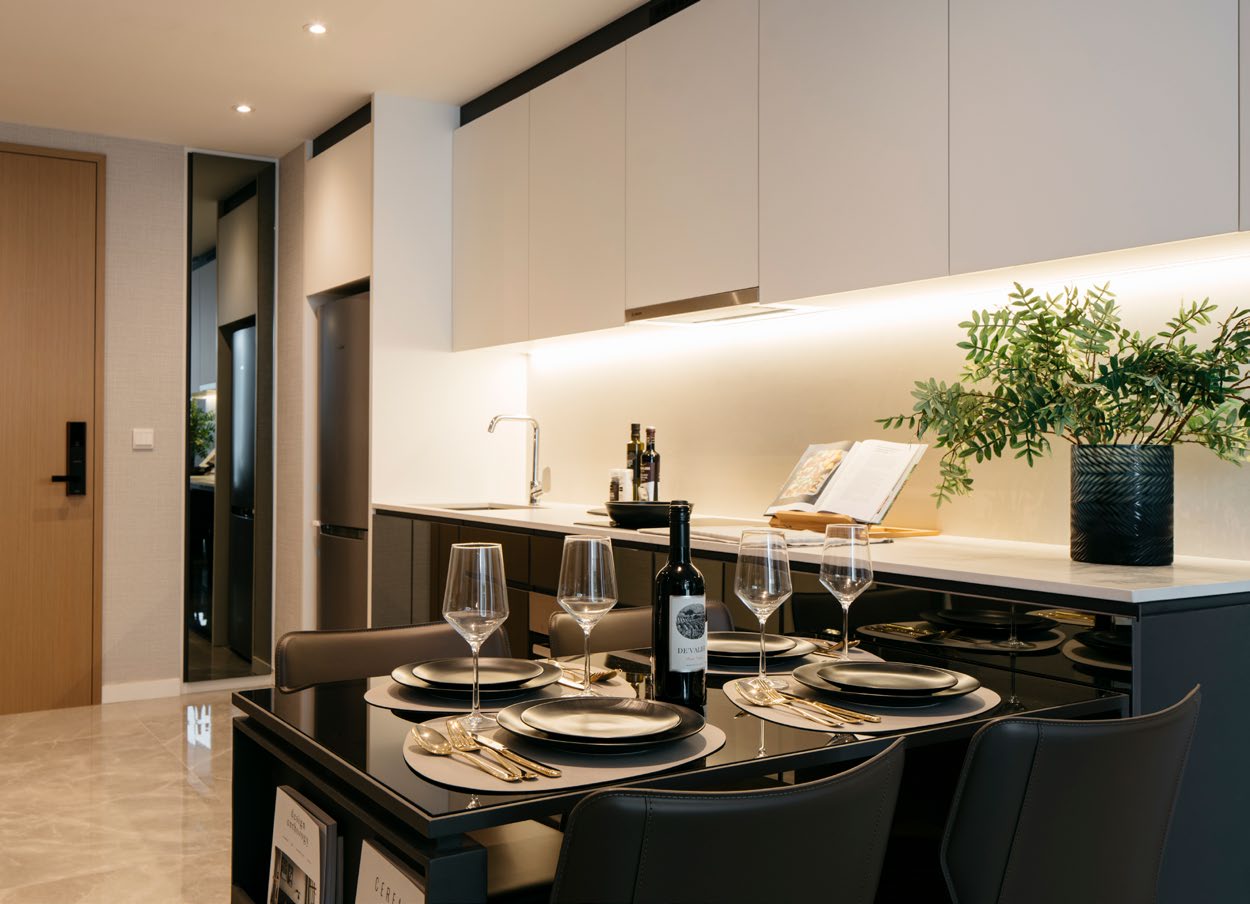 The Essence Showflat by OKP . Developer for Phoenix Residences Showflat

The Phoenix Residences prices start from around $850K upwards as of November 2020. Just drop us a line via the Contact Form if you wish for updated prices of specific units.

The 42,750 square feet Phoenix condo site, zoned for residential use, has a plot ratio of 1.4. It can therefore be redeveloped up to a maximum gross floor area of 59,855 square feet.

Based on the $33.1 million purchase price, this works out to $553 PSF for the land alone. Which does not include the cost of topping up the existing lease dating back to 1969, to a new 99 year lease.

Once we add that in, the land rate is actually closer to $685 PSF PPR (per square foot per plot ratio), excluding the 10% bonus balcony space.

On that basis, after adding in as well all the costs associated with developing the site and financing and marketing it, we are likely looking at a break even of around $1,150 to $1,200 PSF PPR.

For comparative market analysis, the nearest recent launches like Dairy Farm Residences at Dairy Farm Road, and Midwood at Hillview, are selling at around $1,4xx to $1,8xx PSF depending on the facing, floor level, and unit size.

The Phoenix Residences condo is being developed by USB Holdings Pte Ltd, that was formed for the acquisition and redevelopment of Phoenix Heights. (See News Report on it.)

USB Holdings is 25% owned by OKP Holdings. The other partners in the venture are Chye Joo Construction’s B&D Investment and Property, Hwa Seng Group’s HSB Holdings, and Ho Lee Group. Each hold a 25% stake as well.

OKP and its subsidiaries are an infrastructure and civil engineering company incorporated in Singapore since 1966. It was listed on the Singapore Exchange in July 2002.

The Group specialises in the construction of a wide span of projects, that encompasses both private and public sector work. This includes residential projects as well as expressways, urban and arterial roads, flyovers and vehicular bridges, oil & gas-related infrastructure for oil storage terminals and petrochemical plants, and airport infrastructure.

In recent years, OKP expanded its core businesses into property investment and development. In conjunction with other developers, it has completed projects such as Amber Skye at Amber Road, and LakeLife EC in Jurong, and is currently heading the development of the Essence in Sembawang.

Ho Lee is another home-grown company, that was established in the 1970s. In the years since then, it expanded from one small entity focused on plumbing works, to multiple entities handling larger scale work such as general building construction.

These entities were grouped together to form the Ho Lee Group in 1996. Under this umbrella are a number of related businesses that include civil engineering, specialised metal work, and Aluminium and Curtain Wall specialists.

The Group also expanded into the development of residential and commercial real estate. Either on its own, or in collaboration with business partners, it has developed a number of projects.

Such as executive condominiums like Heron Bay EC in Hougang, Watercolours EC in Pasir Ris, and LakeLife EC in Jurong. 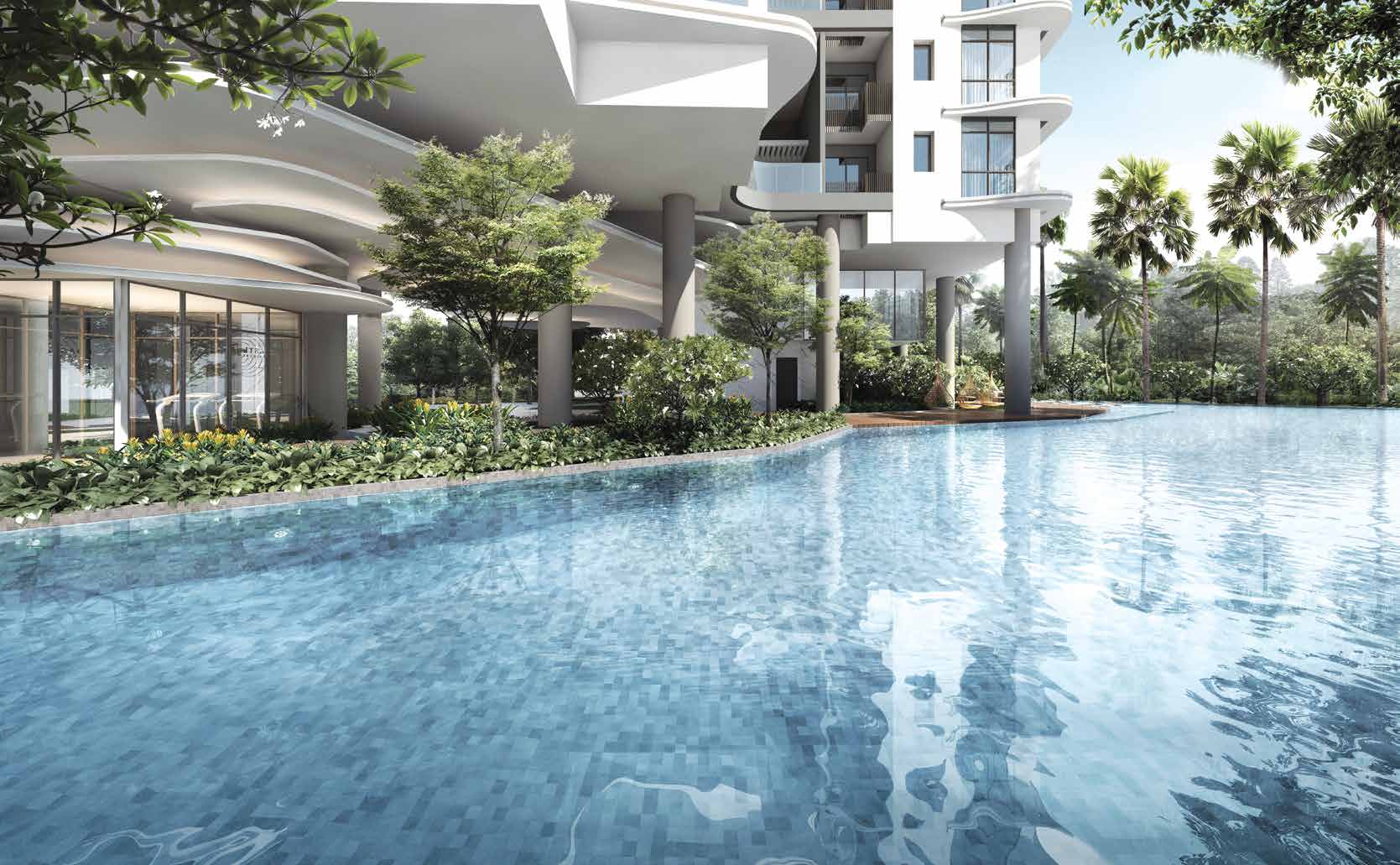 Or more recent private ones like Coastline Residences and One Meyer in the East Coast, III Cuscaden at Orchard Boulevard, and the very successful Sky Everton launch in Tanjong Pagar. 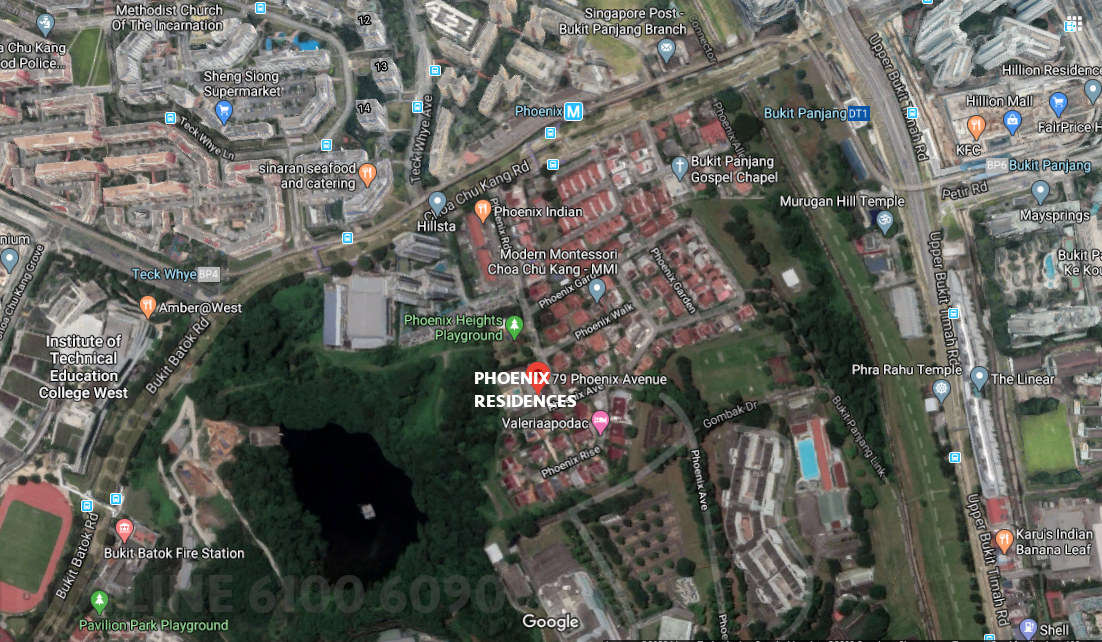 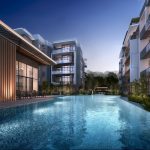