The Reserve Residences is the residential component of a distinctive mixed-use development, integrated with a transport hub, in Upper Bukit Timah. It is set against the backdrop of Bukit Timah Hill and Reserve, from which it takes its name. The project occupies a very attractive site indeed, beside and directly linked to Beauty World MRT station.

It is meant to enhance Beauty World as an urban green village, under URA’s rejuvenation plans for the precinct. Besides the transport hub, this landmark project offers homes complemented by retail, F&B, and civic spaces, that add buzz and vibrancy to the neighbourhood. 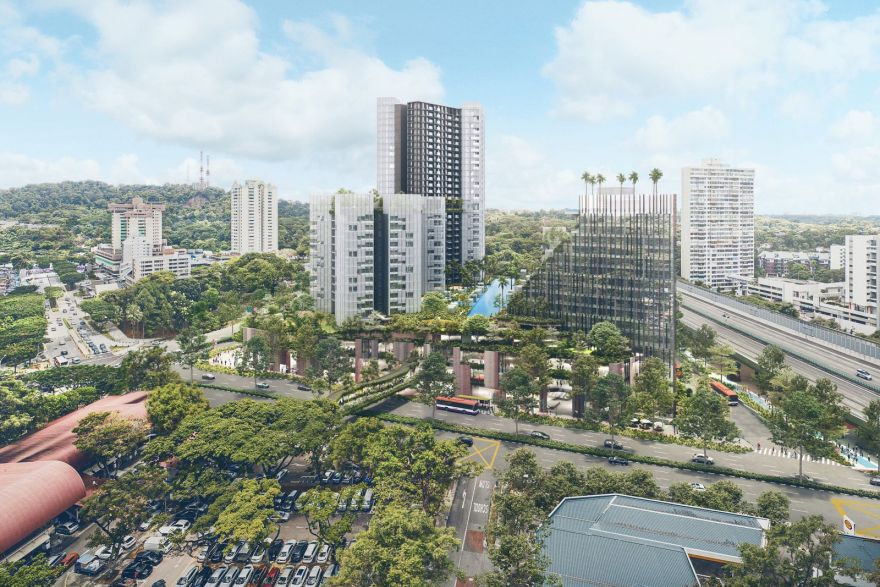 The Reserve Residences will be lushly landscaped, in keeping with, and to add to the overall green-ness of the area. This will make for an appealing living environment in touch with nature. Especially as it is so close to Bukit Timah Nature Reserve, the rainforests of the Central Water Catchment area, and Upper Pierce Reservoir.

A pedestrian network will also be built to link the buildings around with the transport nodes and nature parks, for easy walkability.

This stand-out project is being developed by Far East Organisation, and its sister company Sino Group.

Far East comes with a strong track record, and extensive experience, in the residential, retail, and hospitality industry. It is concurrently developing the landmark One Holland Village, a similar integrated development in the heart of Holland Village.

Given its distinct attributes and RCR (Rest of Central Region) zoning, The Reserve Residences is one of the more anticipated launches this year. Particularly in view of the almost one weekend sell-out of Linq @ Beauty World next door previously.

The URA adopted this approach to shortlist quality development concepts that are attractive and respond well to the surrounding context. And that has meaningful integration of amenities linked via a seamless network of pedestrian-friendly streets and public spaces. 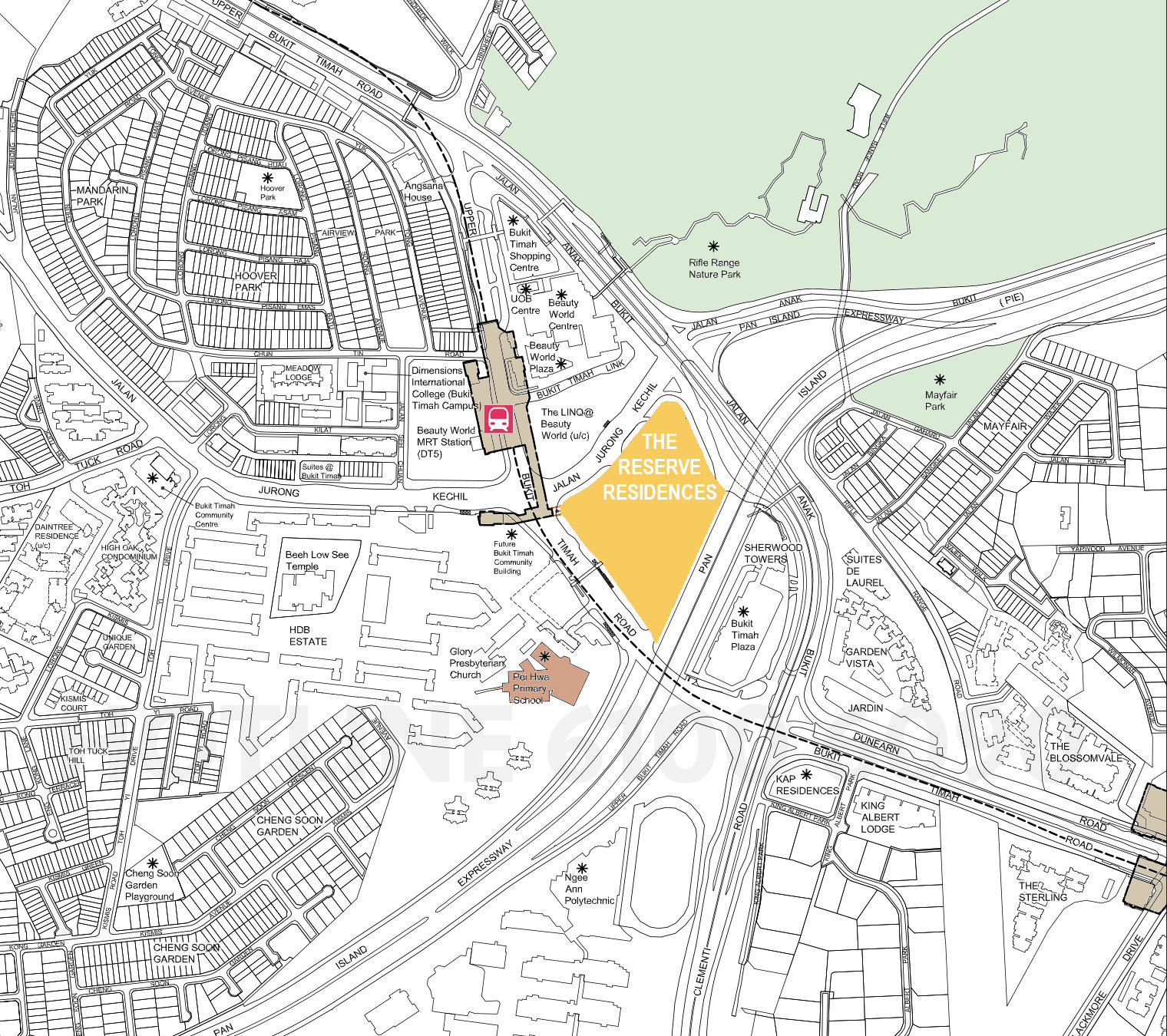 In this case it was to Far East Organization and its sister company, the Hong Kong-listed Sino Group. The partnership actually submitted three different concept proposals, along with the top winning bid of SGD$1.03 billion.

It narrowly beat out the second-highest $1.01 billion bid by Wing Tai Holdings and its partner Mercatus Commercial Trust.

Developers have been bidding aggressively for sites across the island, as they need to replenish depleting land banks. Most of their existing launches have already sold out or are close to doing so. They also expect that housing demand will surge in anticipation of a gradual recovery in the Singapore economy this year.

The Reserve Residences Condo . Design of the Development

According to the URA, the Far East Organization and Sino Group proposal “…demonstrates a well-conceived design strategy in its generously spaced building blocks with a well-considered tropical design.” 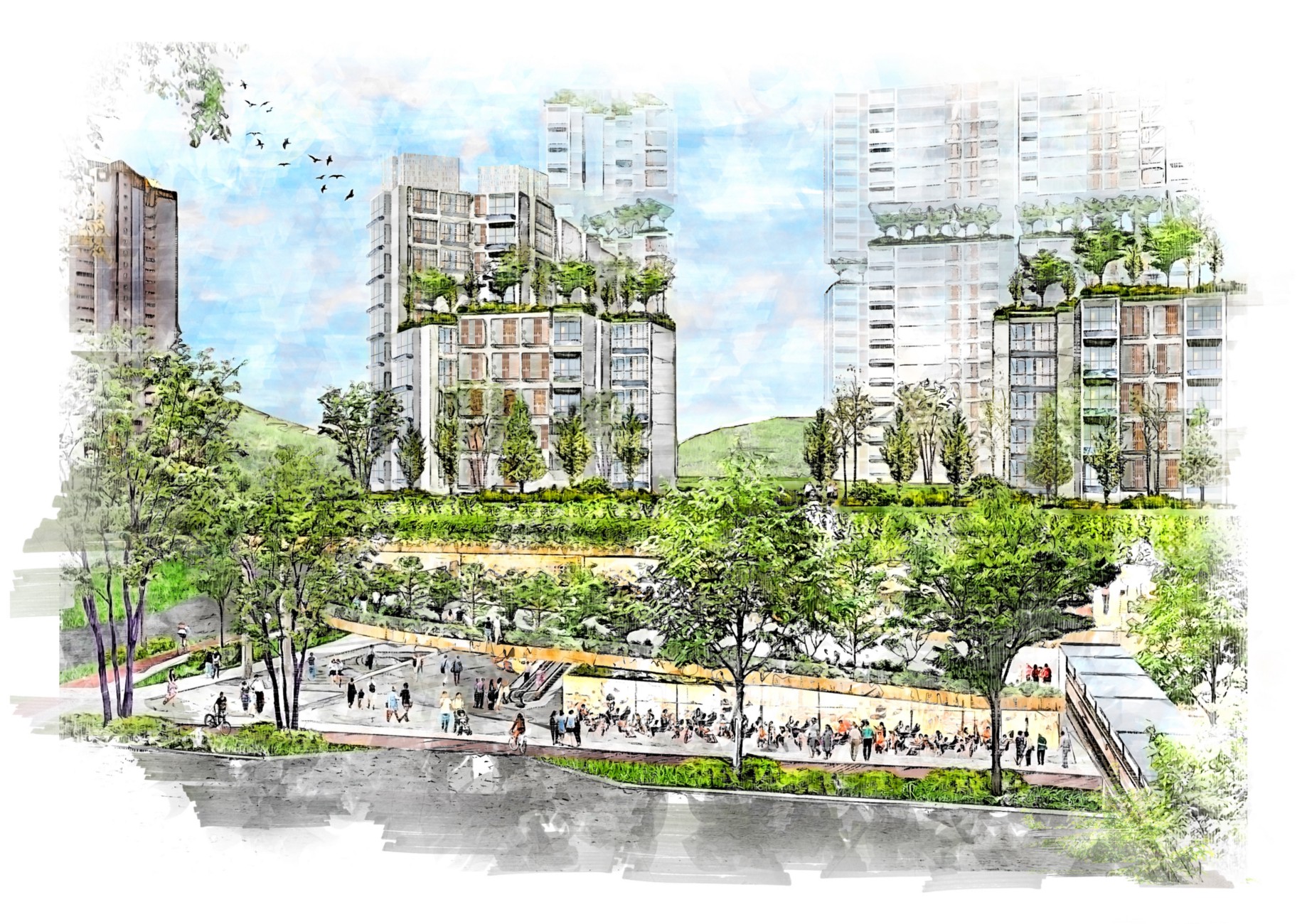 215,280 sq ft of that will be in a commercial podium offering F&B, retail, childcare services, and office space. This is directly connected via an underground pedestrian link to Beauty World MRT station on the Downtown Line. It is also linked to the new Beauty World Bus Interchange.

Hence it will become a key transport hub for the greater Bukit Timah area.

21,500 square foot will go towards a community space designed as “an intergeneration hub” for children, youth, and seniors. There will be a 19,375 square foot plaza too, that can be used for hosting community and special events.

As the URA had stated, “A central atrium that is located in the heart of the development will be an attractive, naturally ventilated sheltered public space that can accommodate a variety of seasonal programming and community-based events.” 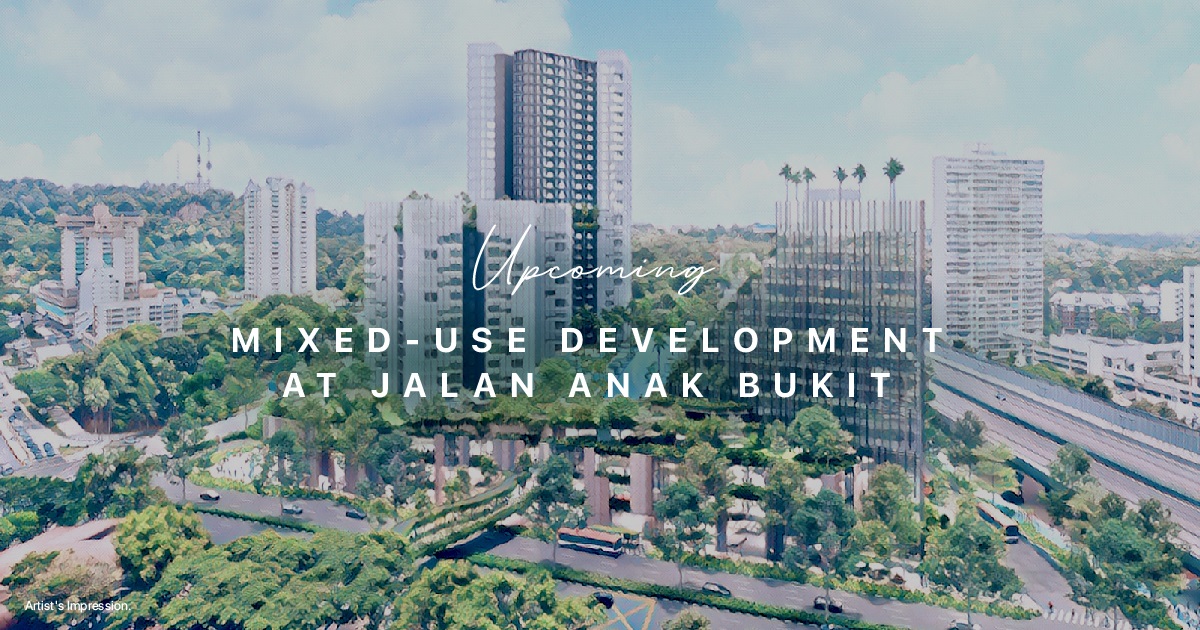 The rest of the space will be used for 150 serviced apartments, and 700 residential units, many of which will enjoy clear panoramic views to Bukit Timah Nature Reserve.

According to Far East Organisation, the design of the project is “inspired by the beauty of the site’s surrounding nature, especially the much-loved Bukit Timah Nature Reserve close by.”

They added that, “Our vision is to create a bustling and vibrant urban village nestled within lushly landscaped gardens and spaces. The towers are carefully positioned so that many of the future residents will be able to enjoy panoramic unblocked views of Bukit Timah Nature Reserve.”

Furthermore, there will be ‘Forest Gardens’ at the third storey. These will be publicly-accessible communal gardens, that also contribute to the strong presence of greenery visible at street level.

Far East is eminently suited to take on the development and running of this project, given their extensive experience and expertise in mixed-use projects. They aim to create a new landmark mixed-use development in the prime Bukit Timah area.

Features of the URA Master Plan for this Neighbourhood . Click to Open / Close

The Reserve Residences is just one piece of URA’s plans for the redevelopment and rejuvenation of the Beauty World area. But it is also the first large-scale mixed-use launch here in many years.

To the west of the site, above Beauty World station, is another plot that is zoned for mixed use too. When released for sale in future, it is likely to set a new benchmark in value. In synergy with the Reserve Residences at Beauty World, it could turn this location into a bustling and vibrant hub.

If and when that happens, it should lift real estate values here, along with the revitalisation of the neighbourhood. 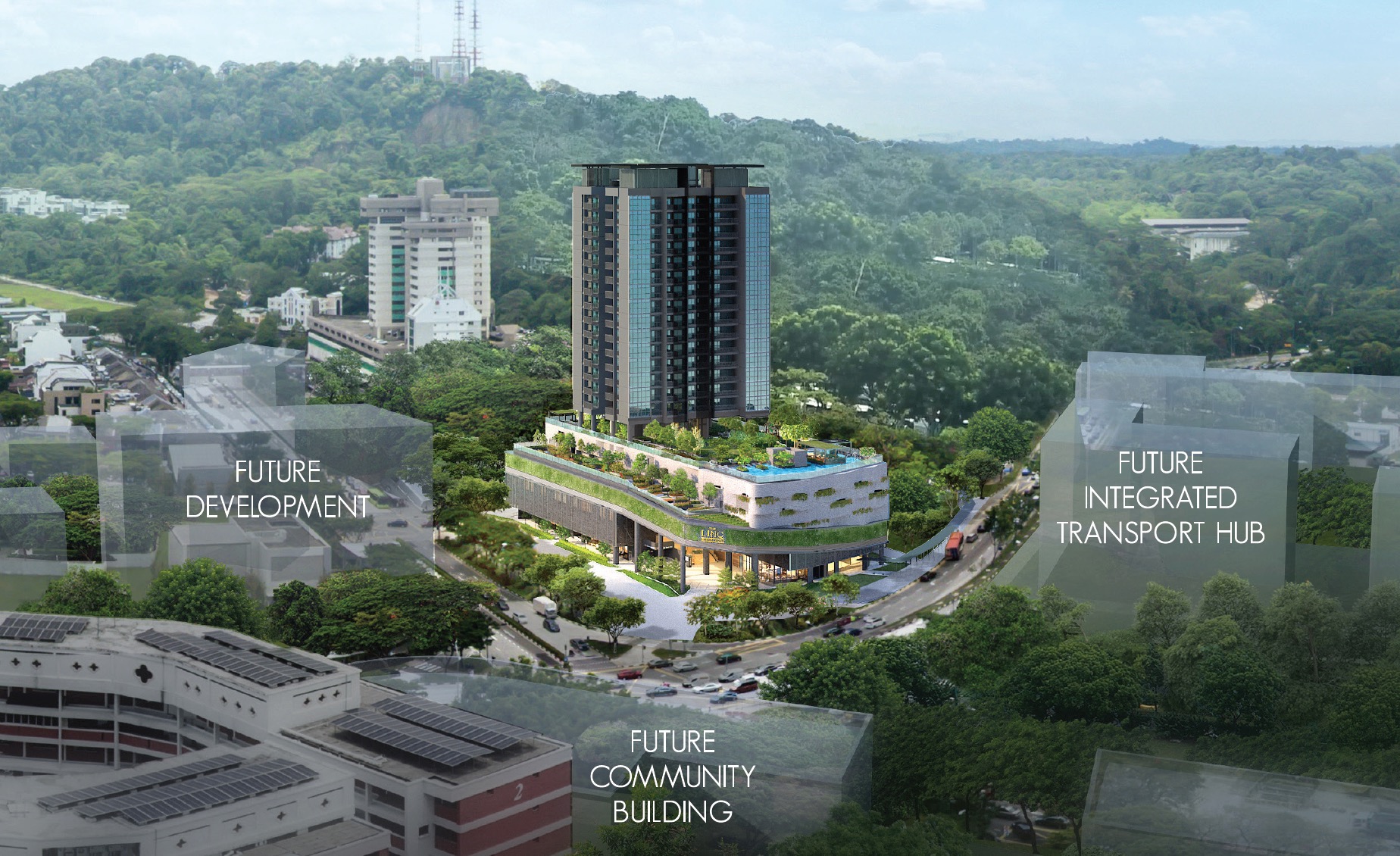 The URA master plan for the area also capitalises on the nature reserves, greenery, and parks that abound here. These will be made more accessible. 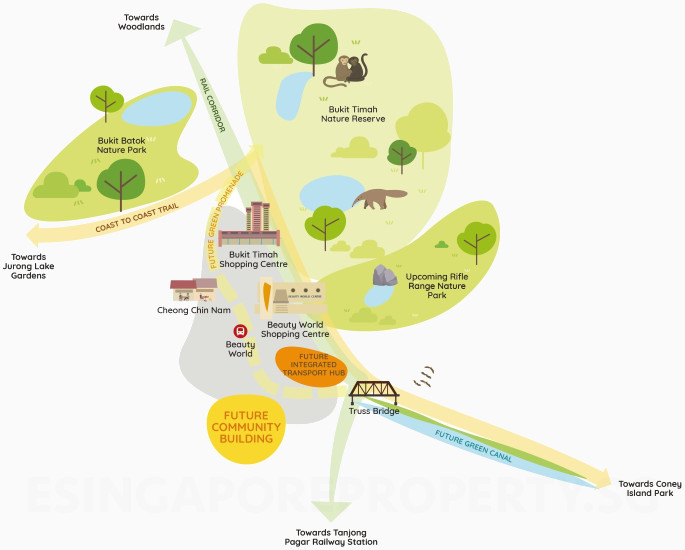 A “Green Promenade” will be built, running down Upper Bukit Timah Road, and joining the Bukit Timah-Rochor Green Walk. Then there are the Coast-to-Coast Trail, the Rifle Range Nature Park close by, and the Rail Corridor.

Beauty World and the old conserved Bukit Timah Fire Station will become gateways to the nature and heritage sites around here. 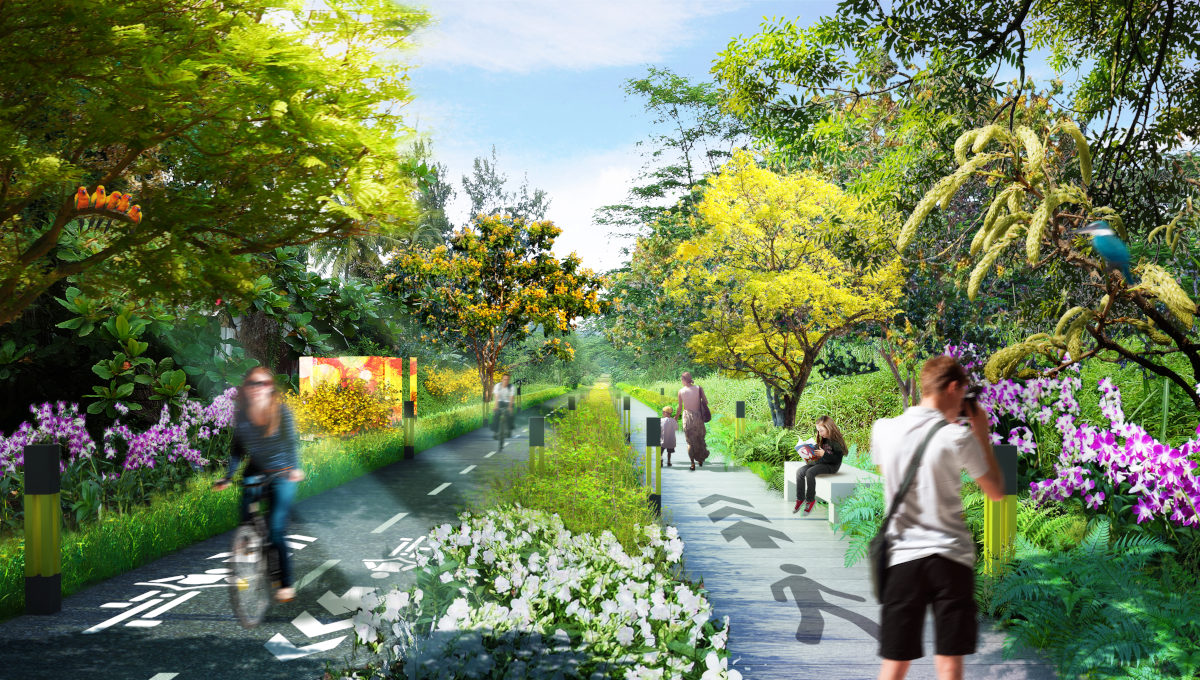 Artist’s Impression of The Rail Corridor

The Rail Corridor, along the former railway line, is a “green corridor” transformed into a popular community space.

Along it, some sites like the Bukit Timah Railway Station and Station Master’s Quarters, have been conserved, restored, and re-purposed. The station will serve as both a base for community activities, and a heritage gallery.

Other Attributes of this Location . Click to Open / Close

Apart from the above features, there are other notable aspects too. One is the proximity of this zone to the growth centres set out in the URA Master Plan. 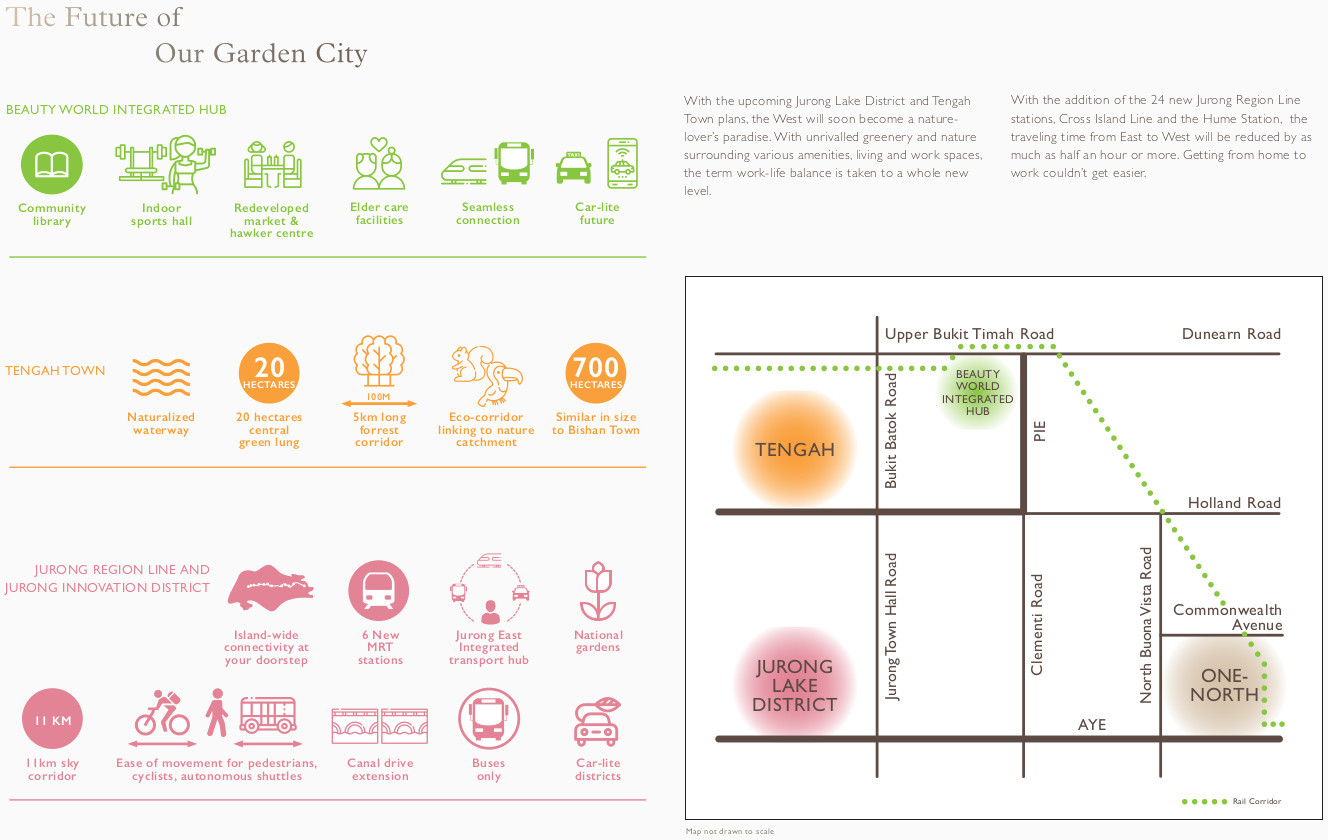 Property over there sell at a premium. Homes at Mayfair Modern and Fourth Avenue Residences were already going at about $1,9xx to $2,4xx PSF a couple of years back. The overall market has risen a fair bit since then.

On this side, a hop, skip and jump across Clementi Road, prices have been rather lower. While pricing for this project has not been finalised yet, we expect it to be more affordable.

Another point of interest is that Bukit Timah Road is known for its education belt. Some of Singapore’s most established schools and tertiary institutes are strung along its length, and a few international schools too.

These are easily accessible to the Reserve Residences residents as well, as they are on the same Downtown MRT line.

The Reserve Condo at Beauty World . About the Neighbourhood

The Reserve Beauty World condo will be a mixed-used high-rise, in keeping with other high-rises fringing Bukit Timah Road.

Further in, away from the main road however, the residential estates become mainly low-rise. They comprise a mix of low-rise condominiums and landed houses along quiet leafy lanes. In between, there are a number of old shophouses housing eateries and small shops.

Homes against Backdrop of Bukit Timah Hill in Singapore

This mix of low and high rise, old vs new, greenery, gives the place a good deal of interest and character. It has its own appeal, that draws both young locals, as well as expats.

If you would like to live in such a place, close to nature parks and bits of old Singapore, then the Reserve Residences might suit you. Just drop us a line here and we will keep you updated on the launch dates, floor plans, prices, and other details.

The Reserve Residences floor plans are not available yet. Please drop us your contact via the Form below if you would like the floor plans to be emailed to you when ready.

The Reserve Residences @ Beauty World occupies a large land parcel in the Upper Bukit Timah enclave. This is an island site, rhomboid-shaped, and bounded on all four sides by roads.

The PIE (Pan-Island Expressway) skims past the south-east edge of the site, while Jalan Anak Bukit runs along the north-east boundary.

Access to the site will be from the other two roads, Upper Bukit Timah Road on its south-west, and Jalan Jurong Kechil to its north-west. These are less busy roads, so they are the natural choices for ingress and egress.

The best views are to the north-east across Jalan Anak Bukit. It offers a wide unblocked outlook of the greenery of Bukit Timah Nature Reserve and Bukit Timah Hill.

Perhaps that is why the Reserve Residences condo is positioned at the northern half of the site, to maximise views for residents.

Site and Neighbourhood of The Reserve Residences

The Reserve condo showflat is not ready yet. Please drop us a note via the Form below if you wish to register for priority to view once the showflat opens. (All viewings are by advance appointment only.)

The indicative Reserve Residences pricing is not formalised yet. Please let us know via the Form below if you wish for specific prices once they are ready.

The Reserve Residences and integrated development is being built by a partnership of Far East Organization and the Sino Group.

Both Far East, and its lead architect, have strong track records in developing, designing, and managing quality mixed-used developments in Singapore or overseas. Besides Watertown in Punggol that completed some time ago, it is currently developing One Holland Village, a mixed development in the heart of Holland Village. 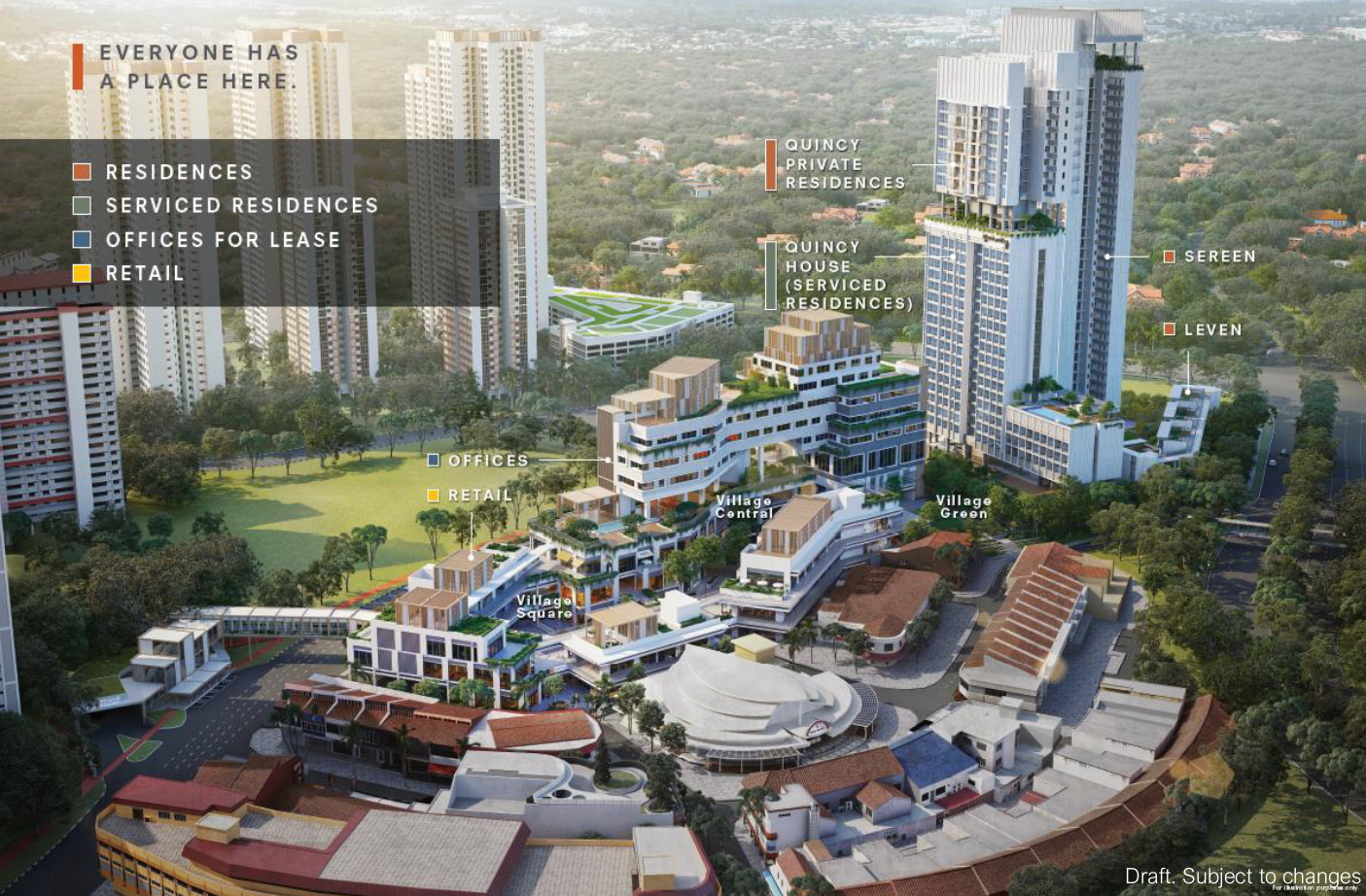 It develops, owns, and manages property across the various real estate segments. From retail to office and industrial, commercial to residential, healthcare and hospitality.

As the biggest privately held real estate company in Singapore, Far East has played a key role in helping to transform the Singapore skyline. It has been involved in over 780 development projects. Examples include the Altez, Skyline @ Orchard Boulevard, River Place, The Cairnhill, The Scotts Tower, Cyan, and Silversea, The Sound and Seawind at East Coast.

In all, they have added over 55,000 residences to the local housing scene, which is roughly one in every six private homes here. Far East Organization derives a large part of its income as well from being Singapore’s most prolific private residential landlord. 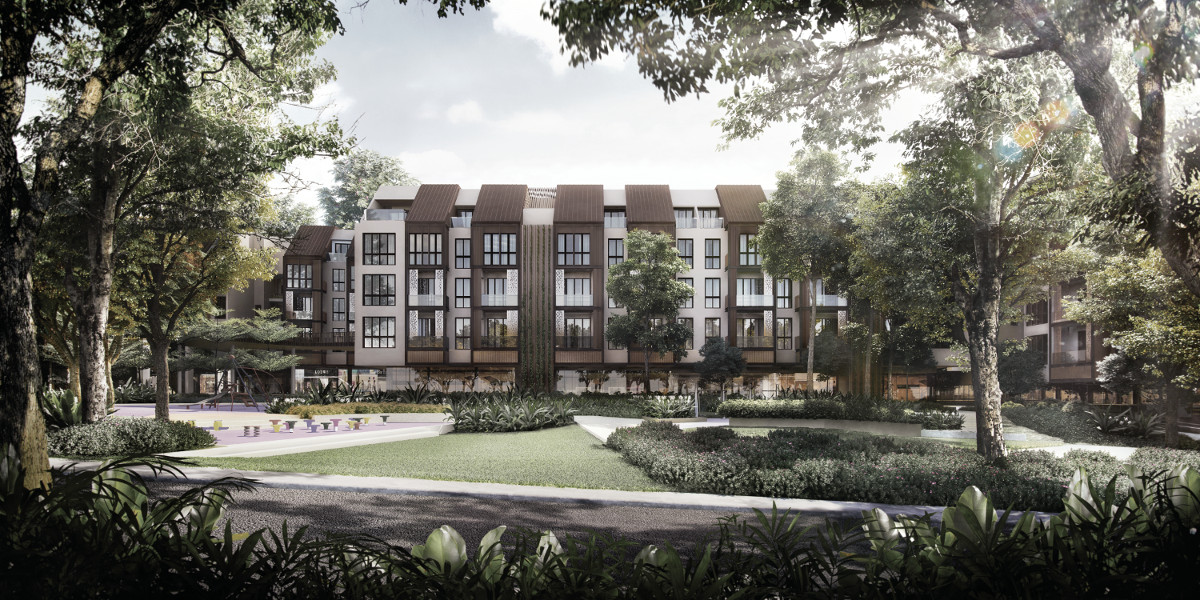 ParkSuites by Far East . Developer for the Reserve Residences

The Group is committed to building homes that improve the lives of buyers and tenants. In testament to that, it has garnered 11 FIABCI World Prix d’Excellence awards, the highest honour in real estate globally. 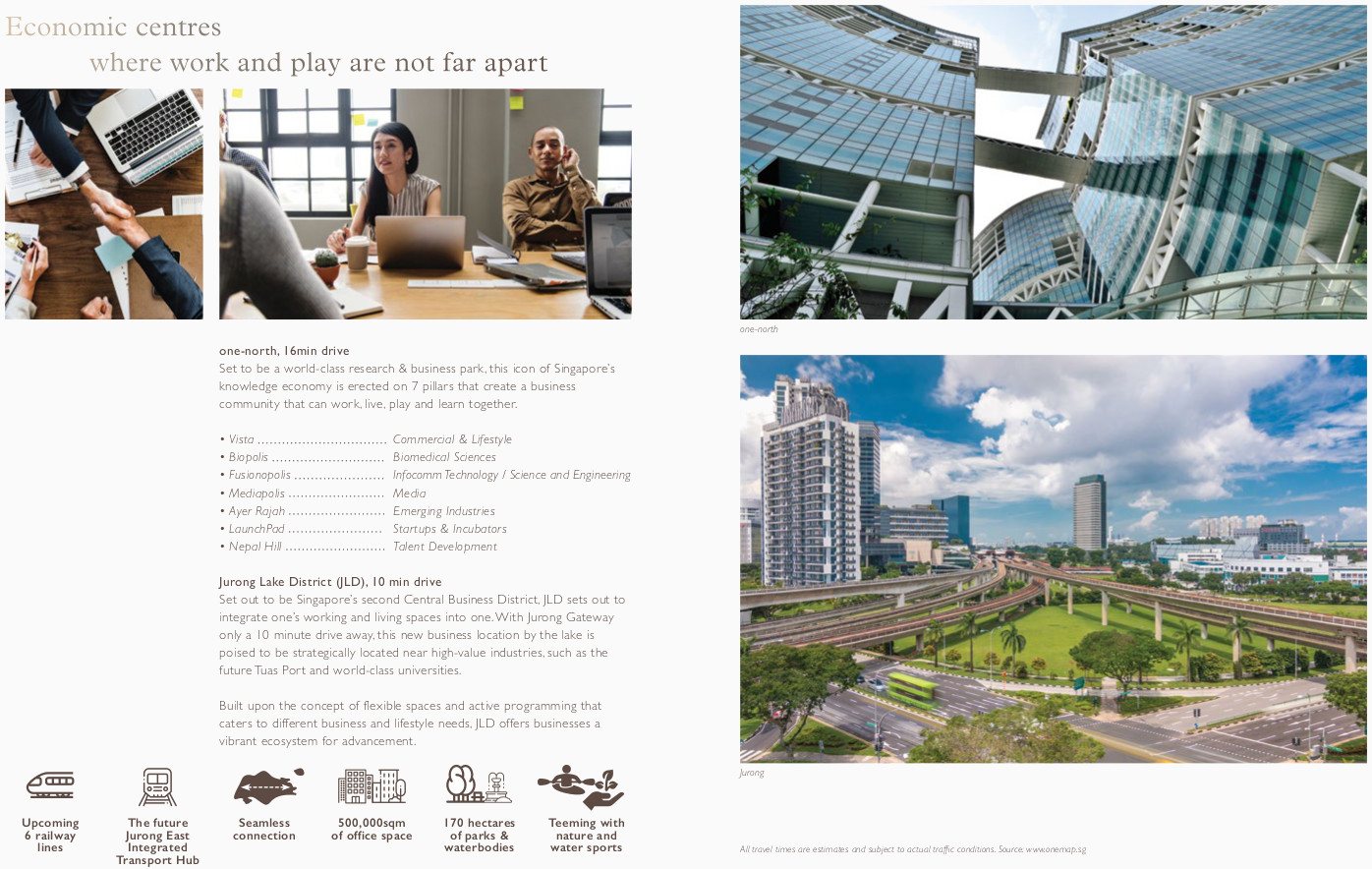 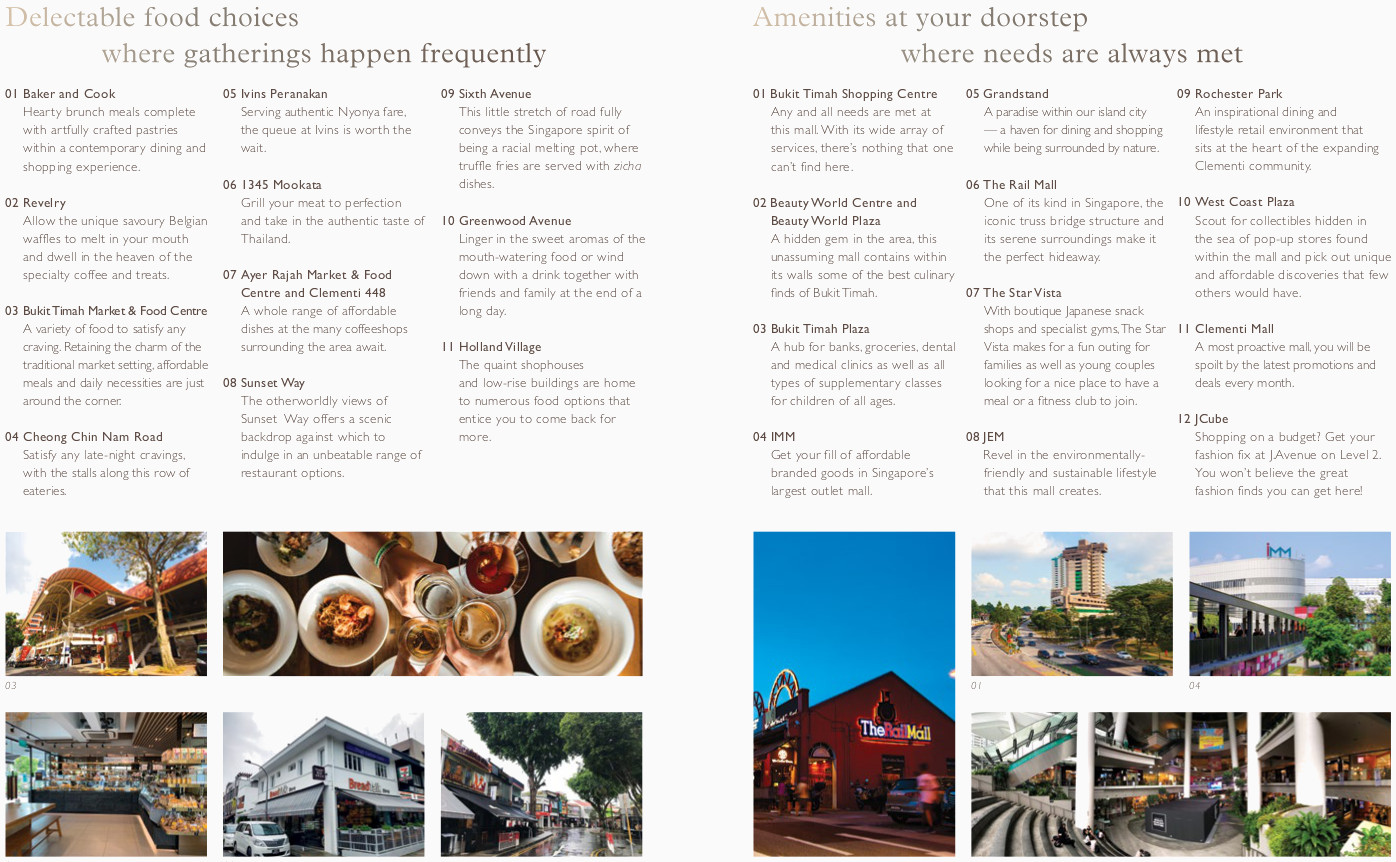 Food and Dining Outlets near The Reserve Residences Condominium . Click to Enlarge 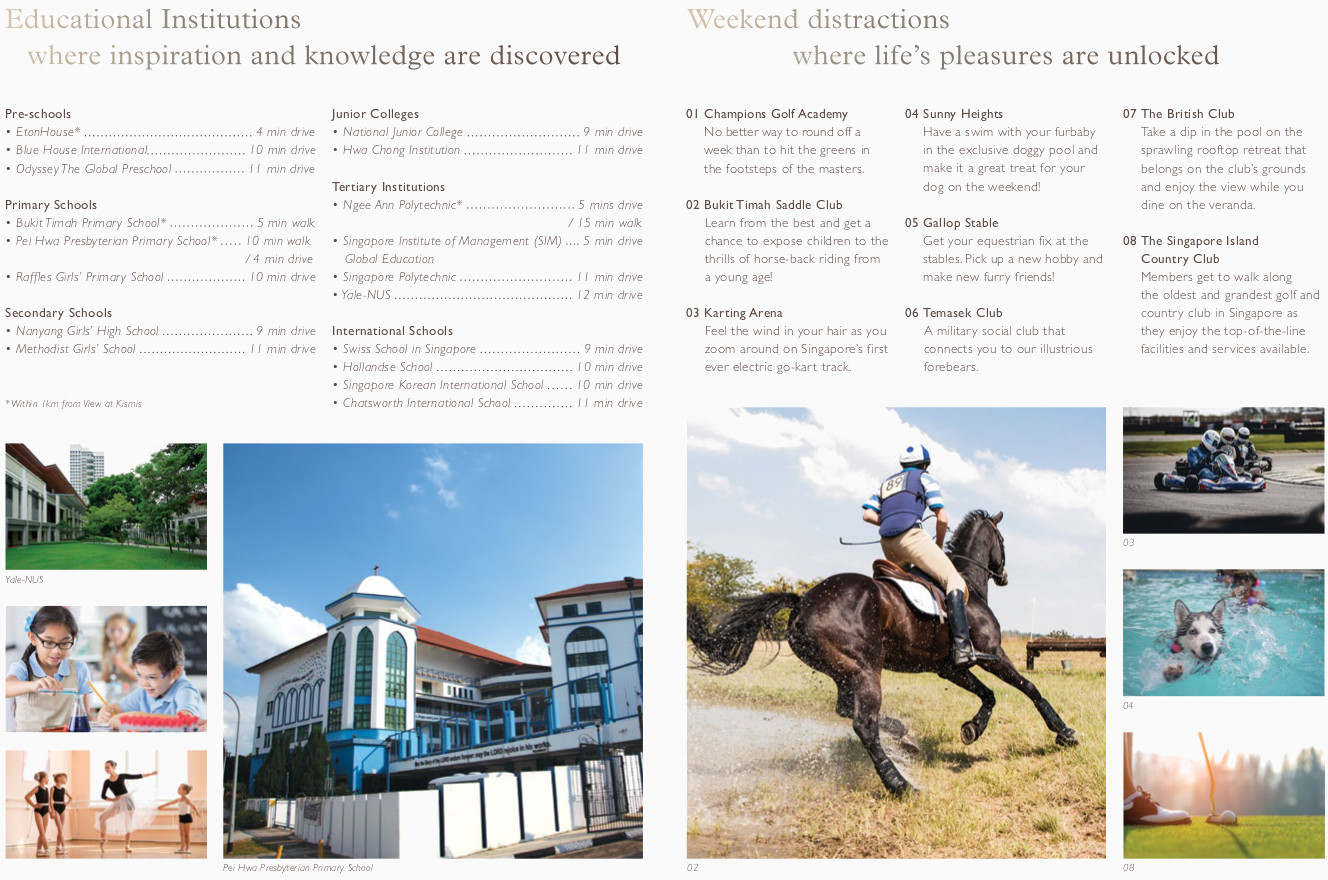 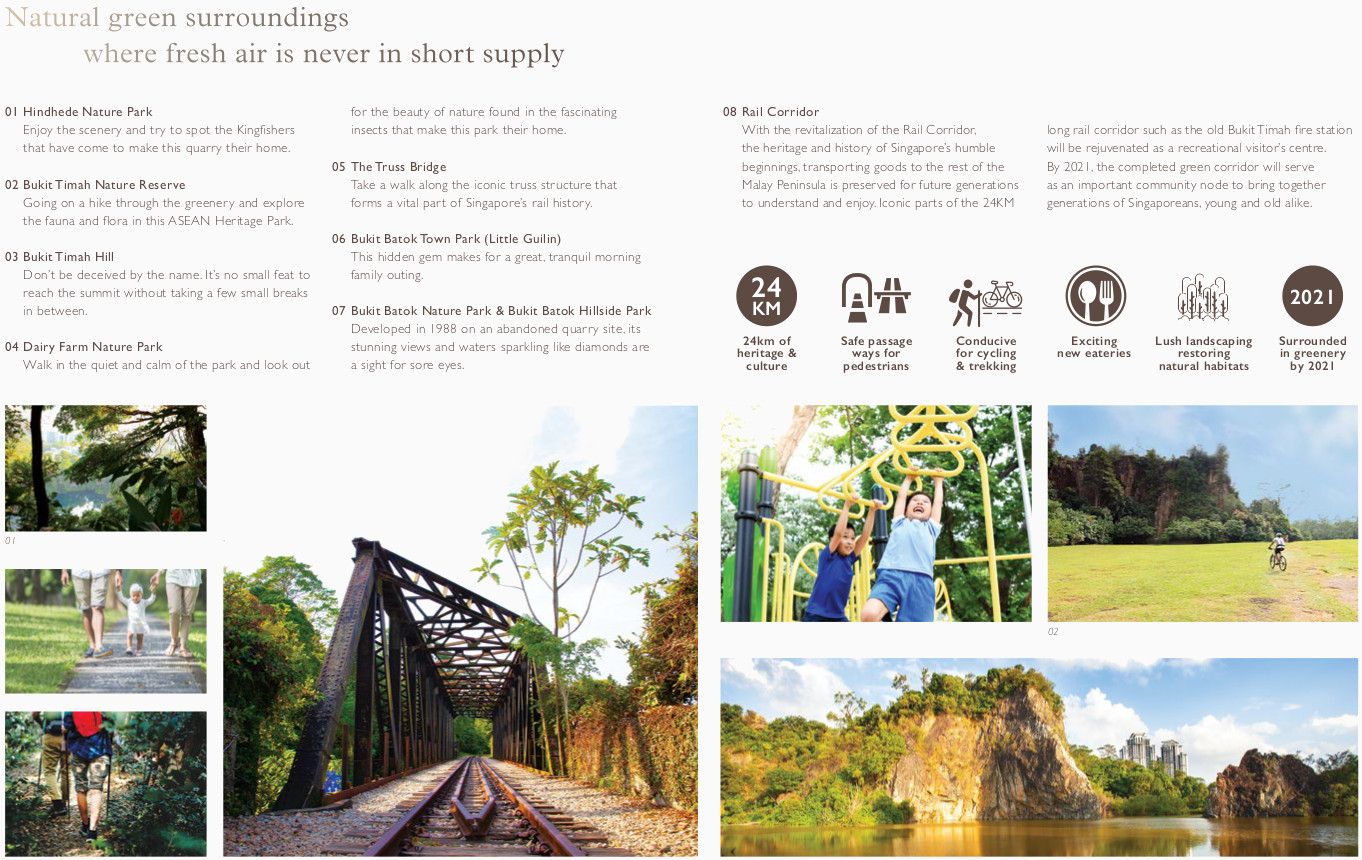 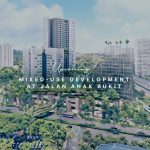