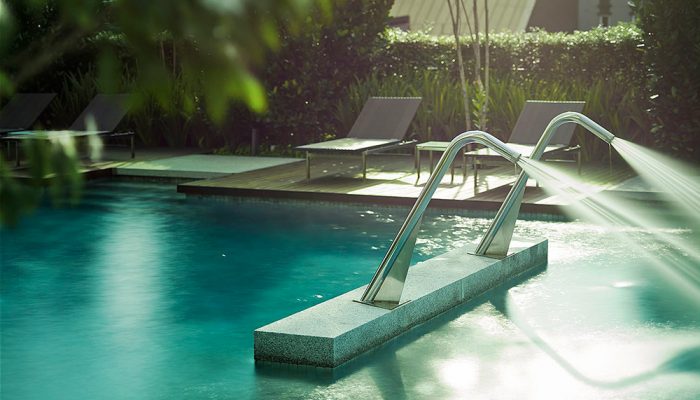 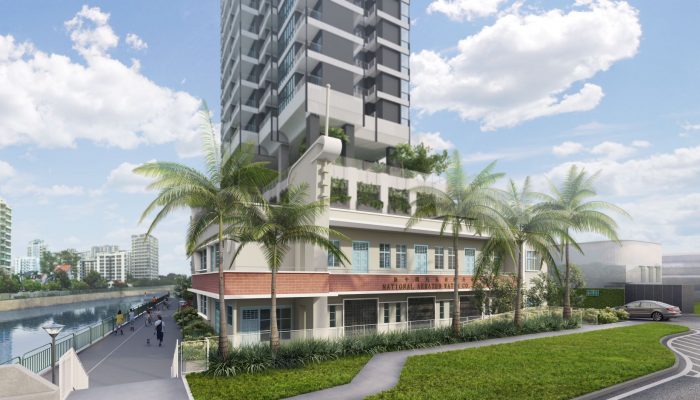 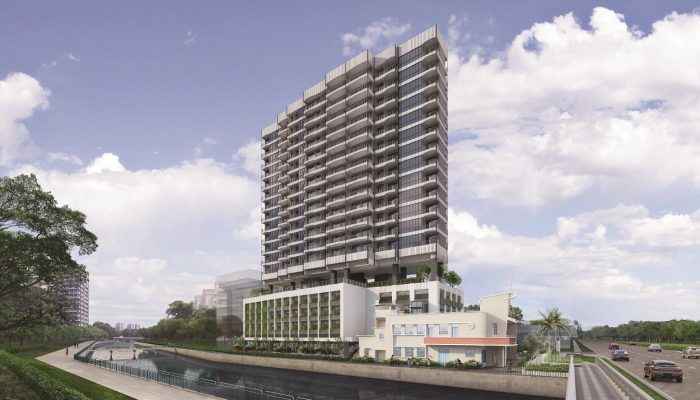 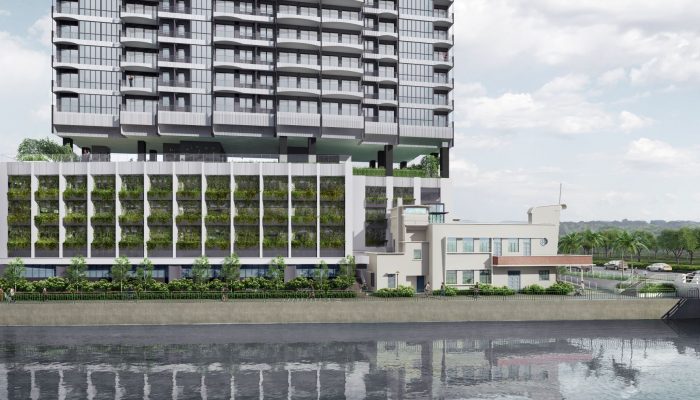 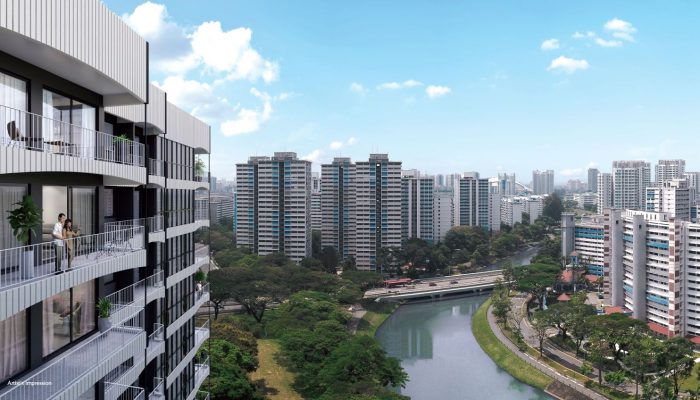 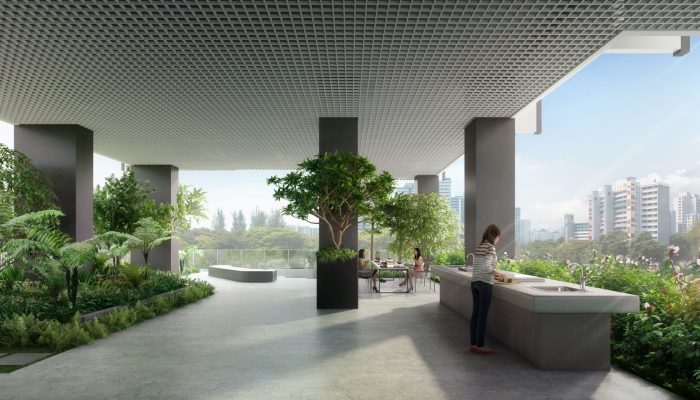 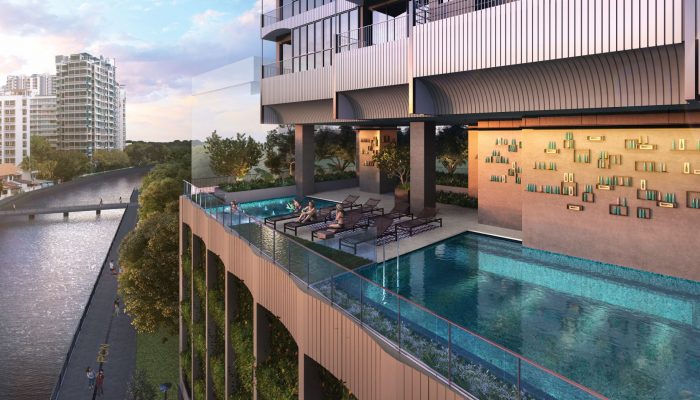 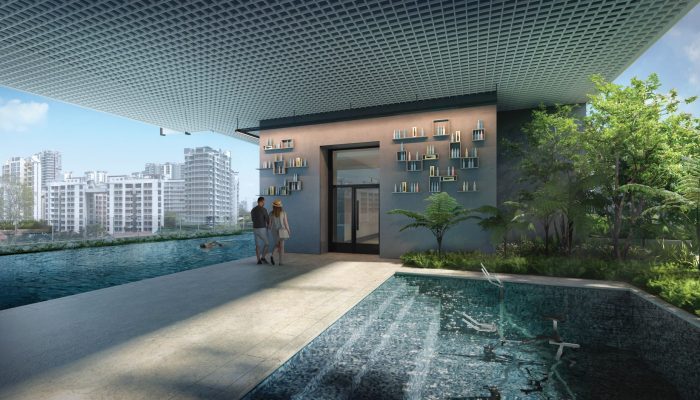 Jui Residences offers buyers the chance to own a freehold condominium on the city fringe in the Boon Keng area, along Kallang River and within walking distance of Potong Pasir MRT station.

Most new freehold projects tend to be in pricey places like Bukit Timah or the East Coast, so this is a good way of getting your hands on a freehold home in a convenient central location without the super-high price tag.

Freehold property has always had a loyal following, not just due to its perpetual tenure, but also because of its higher value long-term. On the secondary market, age will not affect the ability of buyers to get loans. In the enbloc market there is no need to pay for lease top ups in future. 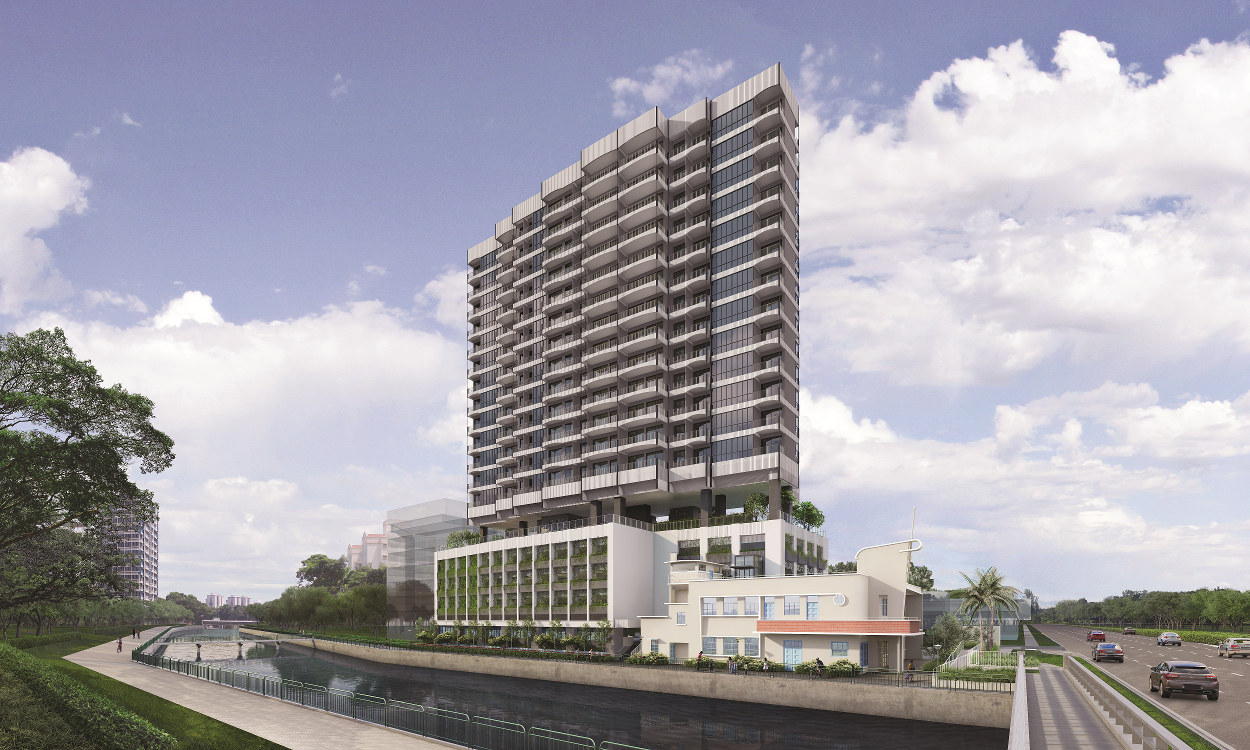 On top of that, this will be a quality lifestyle property that comes with its own iconic conservation building that is a noteworthy example of the Singapore Art Deco tradition from the 1950s. Jui Residences is being developed by Selangor Dredging Berhad (SDB), who purchased the site in Serangoon Road from the National Aerated Water Company in December 2016.

The word ‘Jui’ in Jui Residences can be seen as a nod to its antecedents. In the local dialect of the place, soft drinks were called “Bok Jui”, the ‘jui’ meaning water. This place is also by Kallang River, so again, Water.

SDB, while not very widely known in Singapore, is an award-winning developer known for niche, one-of-a-kind properties, with innovative designs and concepts. It is in their manifesto that every product they create must be carefully crafted to deliver an extraordinary living experience.

This is seen in SDB’s projects here in Singapore and across the Causeway. Including ones like the FIABCI Prix d’Excellence award-winning Hijaun on Cavenagh, Jia at Wilkie, By The Sea in Penang, and 20Trees and Dedaun in KL, to name a few. 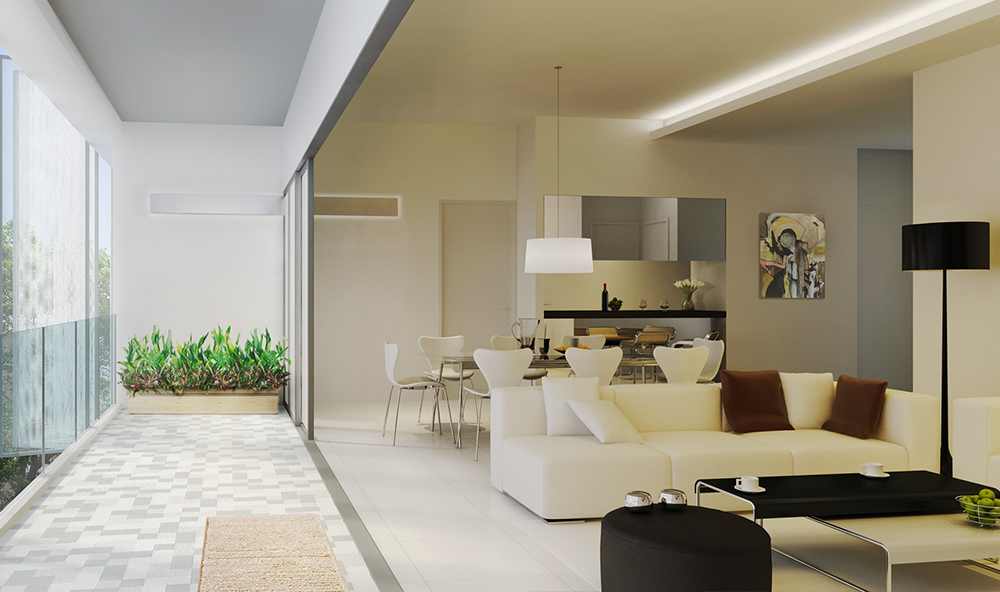 Contributing to the heritage of Kallang River

Completed in 1954, the Art Deco style building on the site of Jui Residences that was the former bottling factory, is a well-known landmark along Serangoon Road. It is one of the few structures left that reflect the area’s rich industrial past, and contributes to the heritage of Kallang River.

As such, the Urban Redevelopment Authority (URA) decided in December 2017 to gazette it for conservation

Recognising its heritage value and role as a landmark in the area, and the memories it holds for the community, SDB supports the conservation and is working with URA to retain the building as part of Singapore’s national history.

The Managing Director of SDB, Ms Teh Lip Kim, said, “As the building owner and a responsible community stakeholder, Selangor Dredging Berhad is pleased to support the conservation effort on the former National Aerated Water Factory. We are glad to partner URA on this conservation journey to retain the building & integrate it as part of the new development. The building will be transformed into a unique and lively commercial area located next to a park connector, adjacent to the Kallang River. We are keen to contribute to sustainable projects where we can, and will put in our best effort to make these projects distinctive.”

The Chief Executive Officer of URA, Mr Lim Eng Hwee, has in turn said, “This building is not only historically significant as a familiar landmark along the Kallang River. It also holds fond memories for Singaporeans for the popular soft drinks it produced from 1950s to 1990s. We are heartened that Selangor Dredging Berhad sees the significance of the building and supports its conservation. Conservation of this heritage-rich building would not have been possible without the support from the owner.” 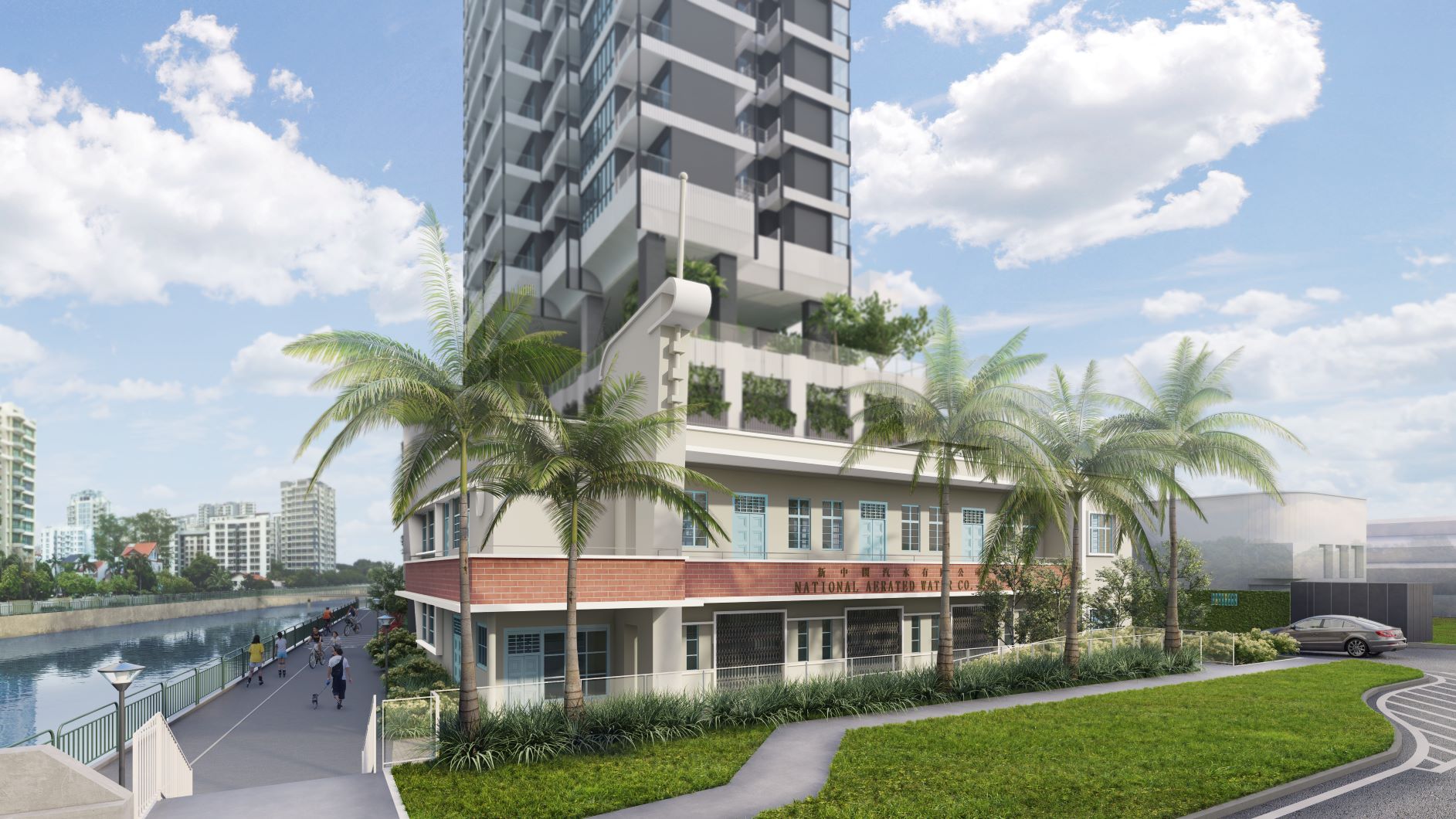 The two-storey L-shaped Art Deco style building facing Serangoon Road will be conserved. This includes the signage tower, the Art Deco timber transom panels, the balcony with fair-faced brick parapets, and the concrete sunshading ledge that spirals out of a circular window.

The conserved building will be integrated into the new Jui condo development and brought to life through adaptive re-use. URA will work closely with SDB to guide the reconstruction.

Kindly drop us a note through the Contact Form if you would like to have the complete set of Jui condo floor plan brochure emailed to you. 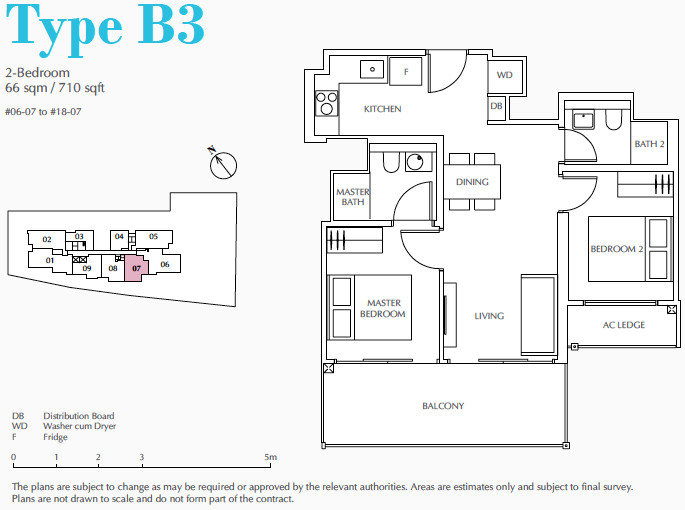 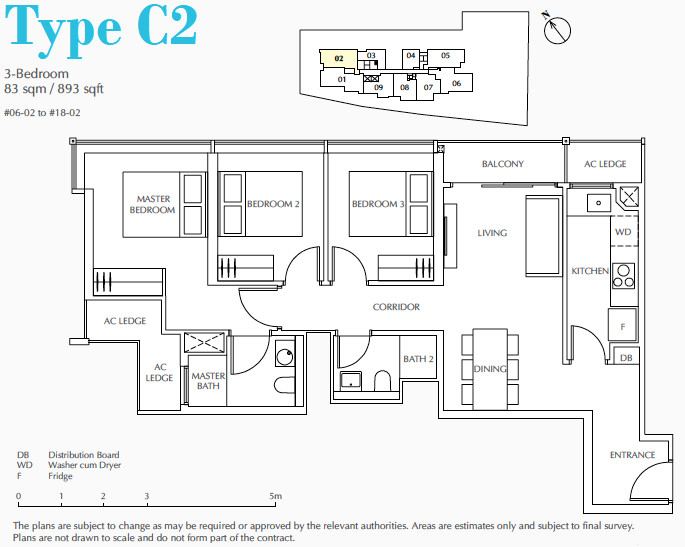 Facts About the Units 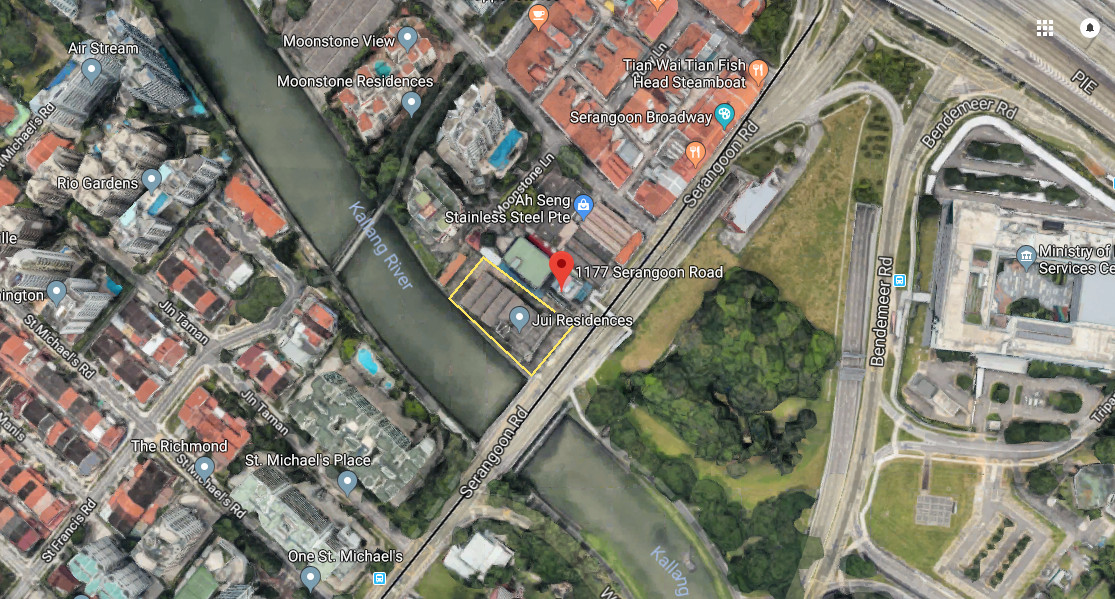 The Jui Residences site sits at a corner of Serangoon Road with Kallang River. The gazetting of the National Aerated Water Company building on the site is one of the best things to happen to it. As this building fronts Serangoon Road, it will shield the residents from the heavy traffic along that road.

Behind that, on the south-west of the Jui condo site is Kallang River. Along with the gentrification of this area, Kallang River will be spruced up. The land around Jui Residences is zoned mainly residential, a mix of low and high rise, with a couple of sites having shops at ground level.

A Park Connector (PCN) runs along the bank of the river, going past the Jui Residences site. This PCN actually links all the way to Marina Bay, so if you like, you could cycle down to the bay and the financial district. 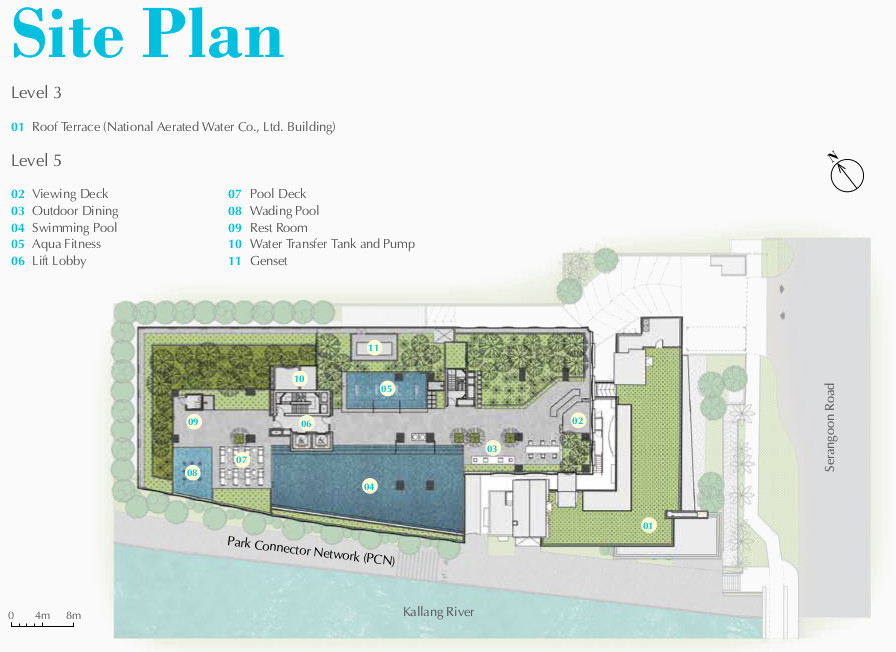 Please let us know through the Contact Form if you wish to view the Jui condo showflat. Virtually online, or by advance appointment.

The Jui showflat showcases a 3 bedroom unit of type C4, 1001 sq ft. This showflat is unlike most others, in that it is very simply done, hardly dressed up by comparison. It is something you could easily replicate for yourself, at little extra cost after you move in. 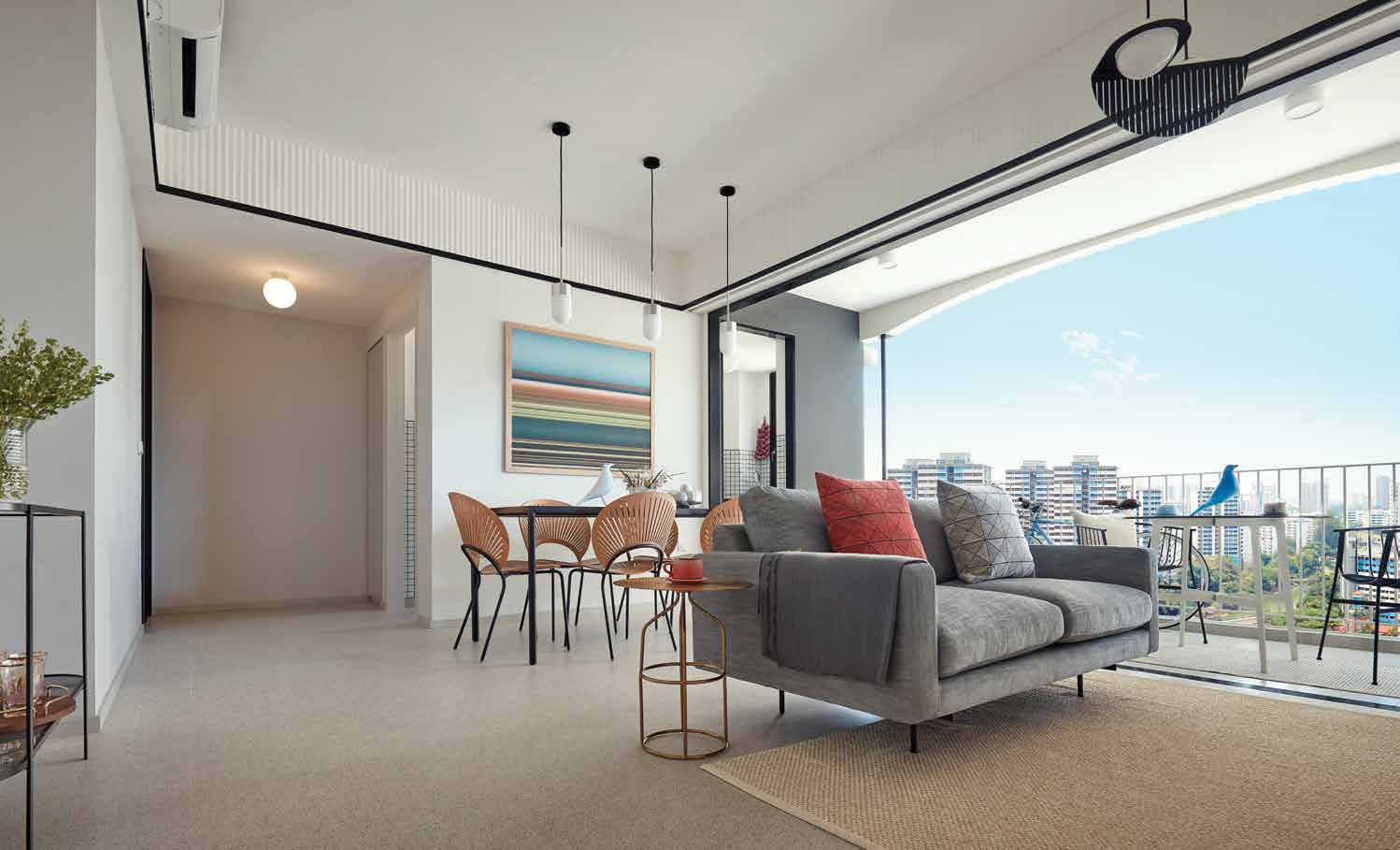 The Jui Residences price status as at 15 June 2020 is listed below. From $1,7xx PSF which is one of the lowest on the market for a brand new freehold condominium on the city fringe, within walking distance of an MRT station.

Kindly drop us a note via the Form below if you wish us to keep you posted on the latest Jui condo pricing and availability.

The Jui condo site was acquired by Selangor Dredging Berhad (SDB) from the National Aerated Water Company via Tiara Land, a unit of Champsworth Development that is a 50% owned associate company of its subsidiary SDB International.

SDB paid $47 million for the freehold site. The tender attracted healthy interest from foreign and local developers due to its freehold status, direct frontage onto Kallang River, and city fringe location within walking distance to Potong Pasir MRT station.

On top of the $47 million land cost, SDB paid another $22.66 million development charge to URA, to change the land zoning from industrial to residential.

The total outlay translates to a land rate of S$785 per square foot per plot ratio (PSF PPR). Given development and construction costs of about $600 PSF PPR, break even costs work out to around $1,400 PSF PPR.

In its first two decades, the company’s sole business was tin mining. However starting from early 1980s, SDB began to diversify operations. The company completed its first development, Wisma Selangor Dredging in 1985, and has never looked back since. 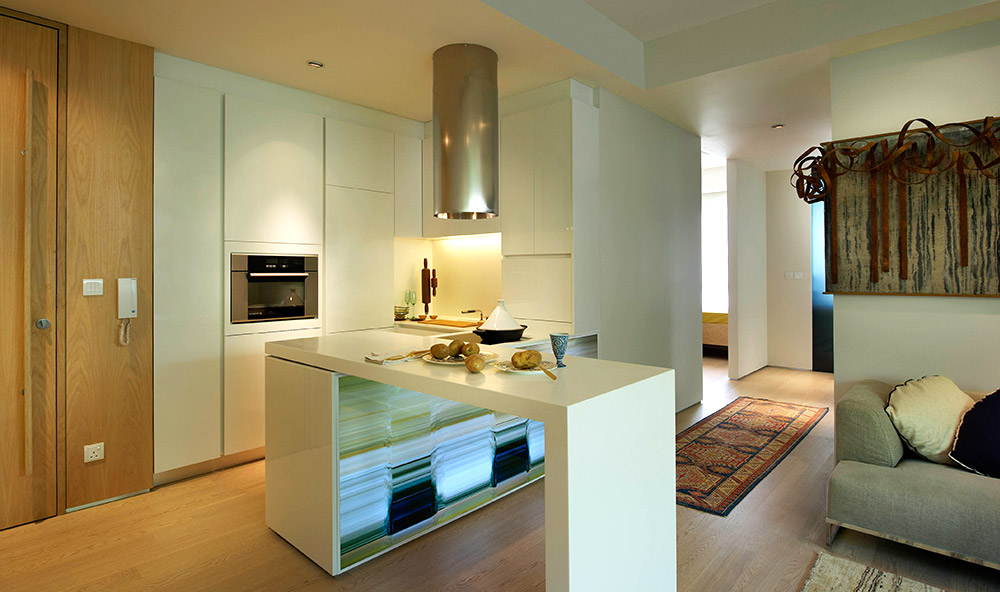 Today, SDB is a company that is fully focused on real estate activities – hotels, management & leasing, and its core business activity of property development.

It has earned a reputation as an award winning developer with quality niche products. It also believes in investing in environmental sustainability, and keeps this in mind in the design of all its projects. SDB’s list of awards can be seen at this page (opens in new window).

The organisation has been involved in many iconic projects in Malaysia and Singapore. Some of its work in Singapore include Jia at Wilkie Road, Village @ Pasir Panjang, Gilstead Two, Hijauan on Cavenagh, and Okio. Other work can be seen at their products page. 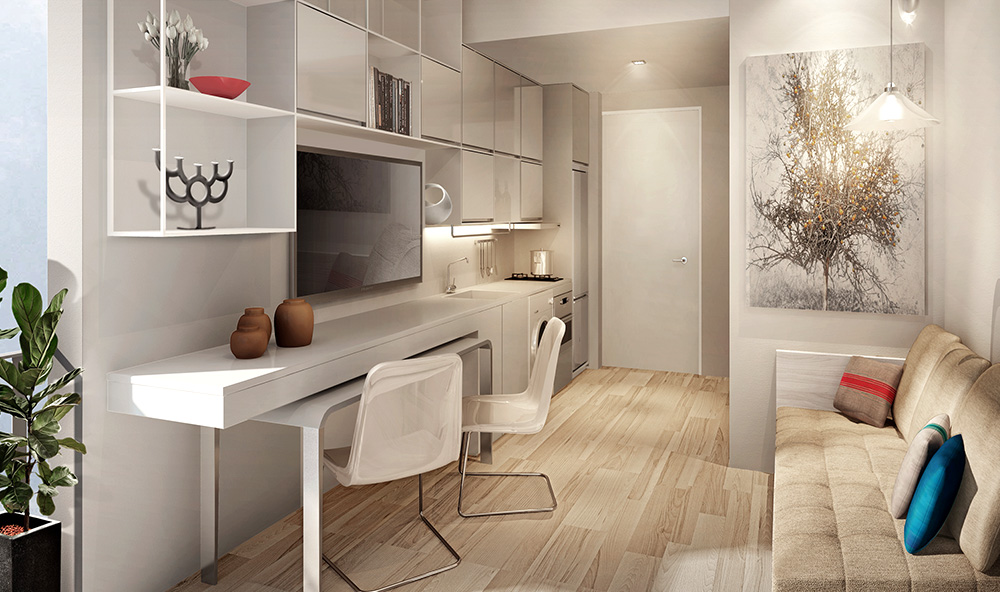 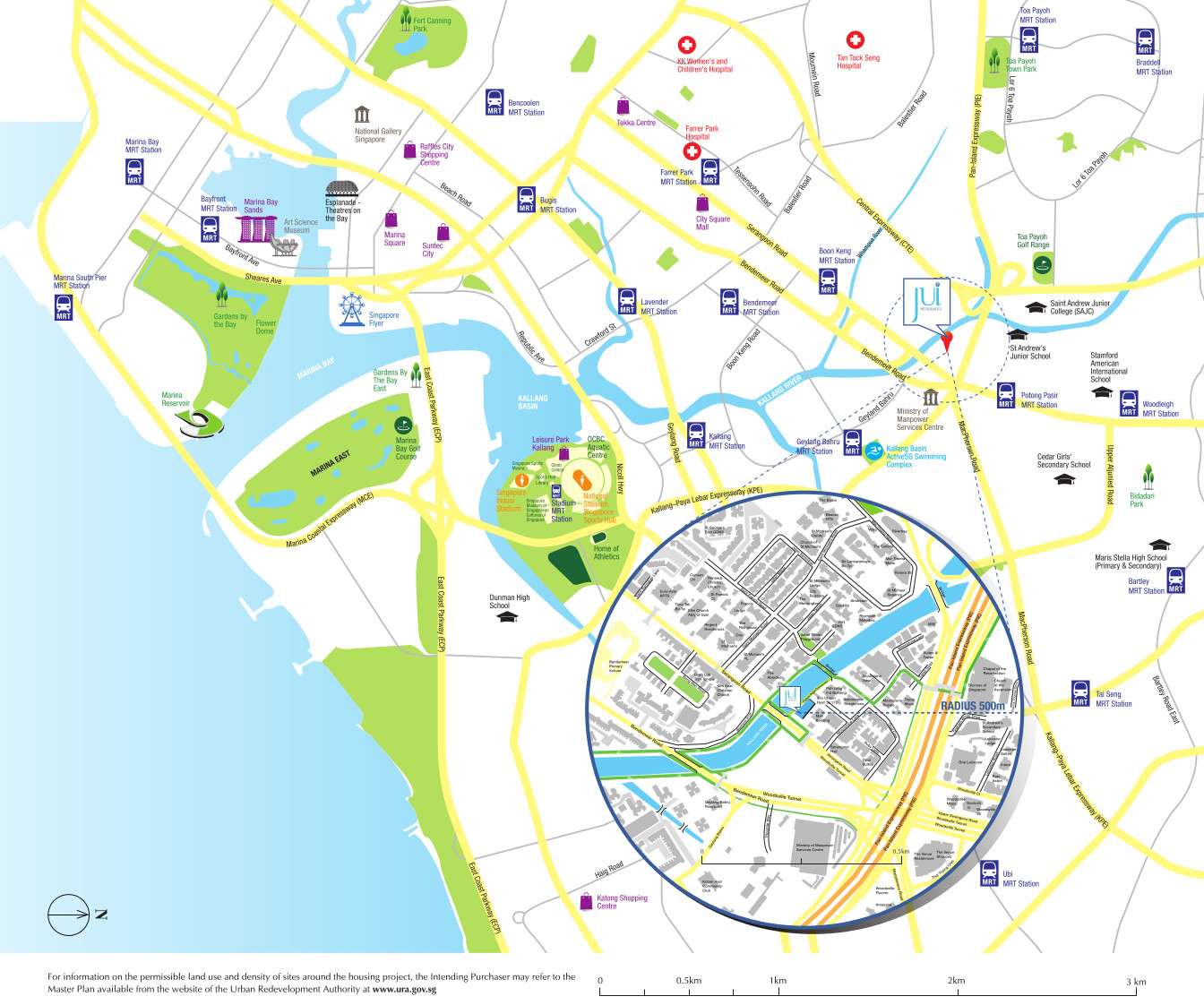