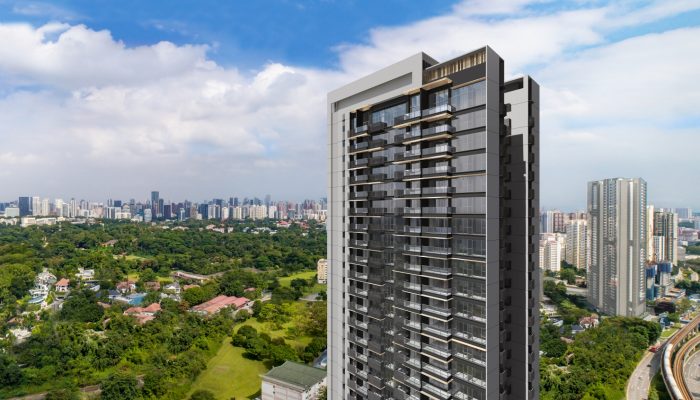 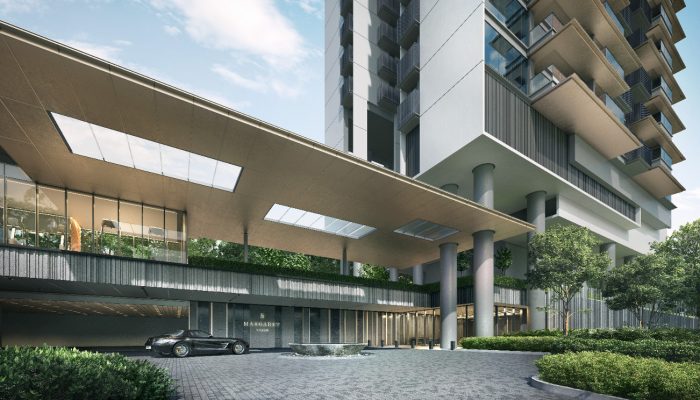 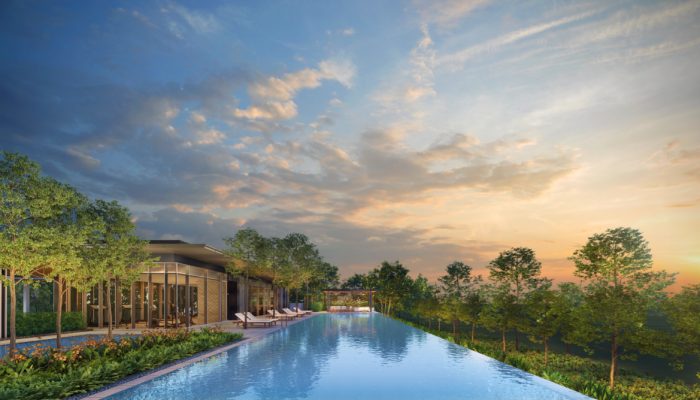 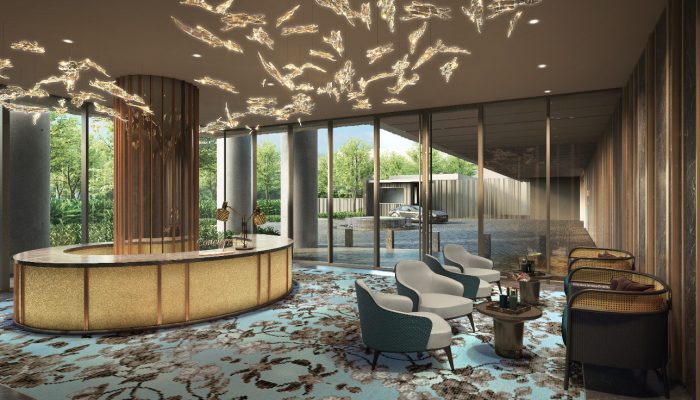 Margaret Ville is a new condominium in the Queenstown/Commonwealth neighbourhood, on the outskirts of the Orchard Road area and 7 minutes walk from Queenstown MRT station. This is a city fringe RCR (Rest of Central Region) location that is considered fairly prime.

It is being developed and launched for sale in the 2nd quarter of 2018 by MCL Land Pte Ltd. The Margaret Ville condo sits on a corner site, and comprises a single 40 storey tower soaring high above its immediate neighbours. So much so that higher floor units may get views southwards to the Southern Ridges green belt, or north to Dempsey Hill and the Singapore Botanic Gardens.

This location is within the Margaret Drive Estate, also known as Duchess Estate that was formed as part of Queenstown satellite town, named in honour of the coronation of the present Queen Elizabeth. Several streets in Queenstown were named after members of the British Royal family, with Margaret Drive being named after Princess Margaret, the Queen’s sister.

This is a mature estate undergoing rejuvenation, and generally favoured for its proximity to the city centre. It is also bordered by some quite high-end neighbourhoods. Like the Swettenham Road Good Class Bungalow area and Dempsey Hill on its north-east, Holland Road to its north west, and the research hubs and business parks of One-North to its west.

New HDB flats in the vicinity of the Margaret Ville condo are among the most highly priced BTO flats, and some resale HDB flats have crossed the $1 million mark. 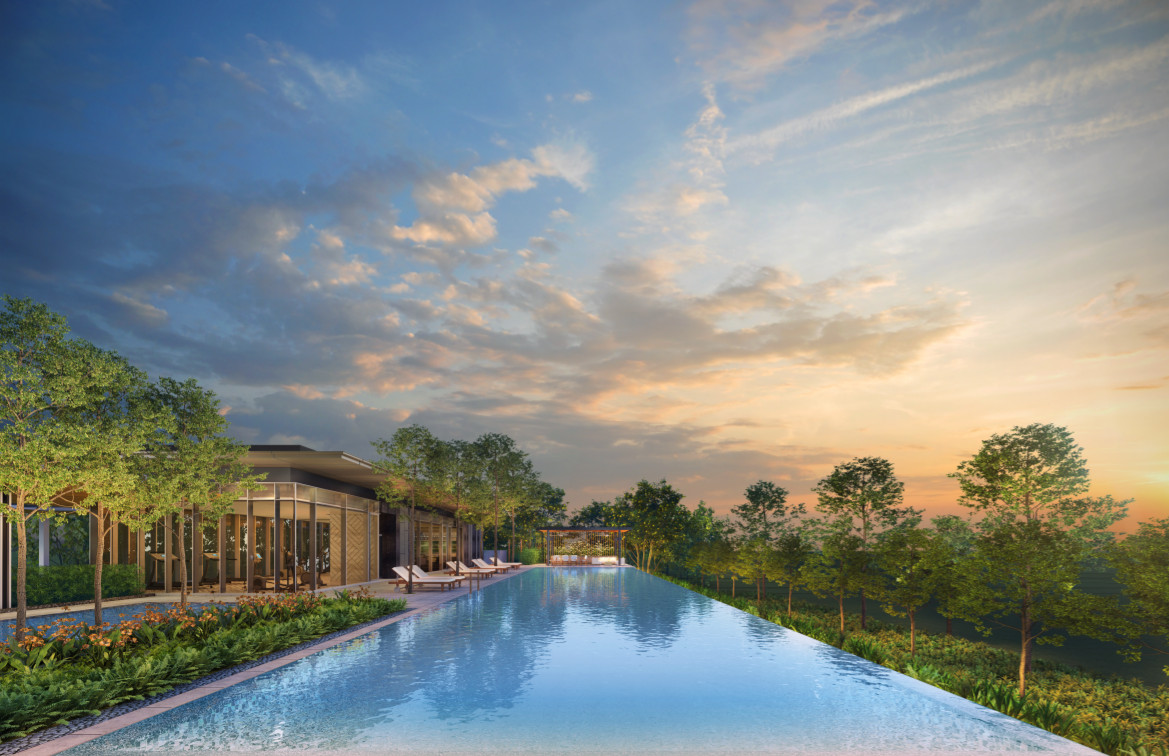 The Margaret Ville floor plans are available. Below are some examples.

Kindly drop us a note below if you would like the full set of Margaret Ville condo floor plans to be emailed to you. 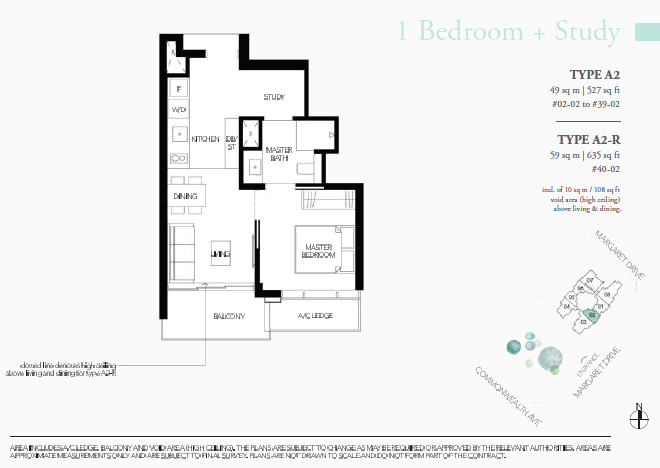 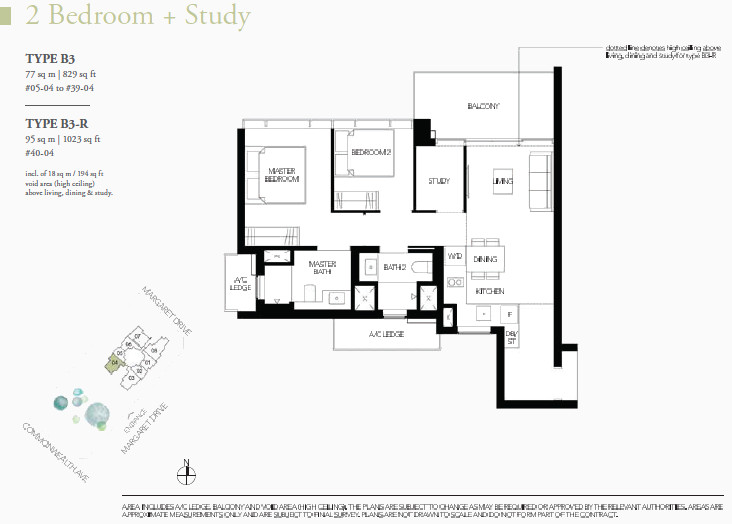 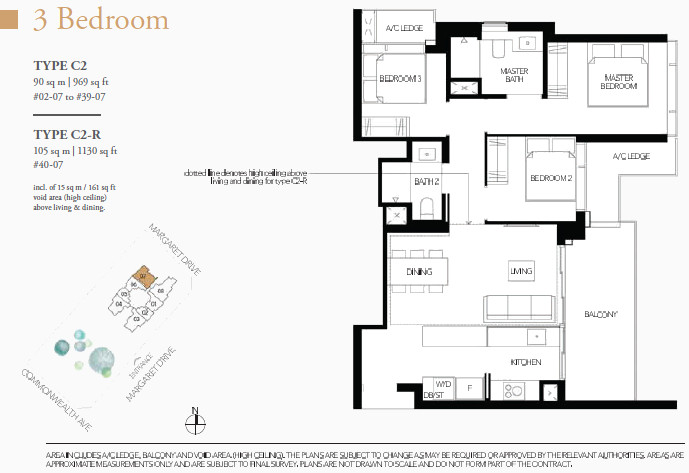 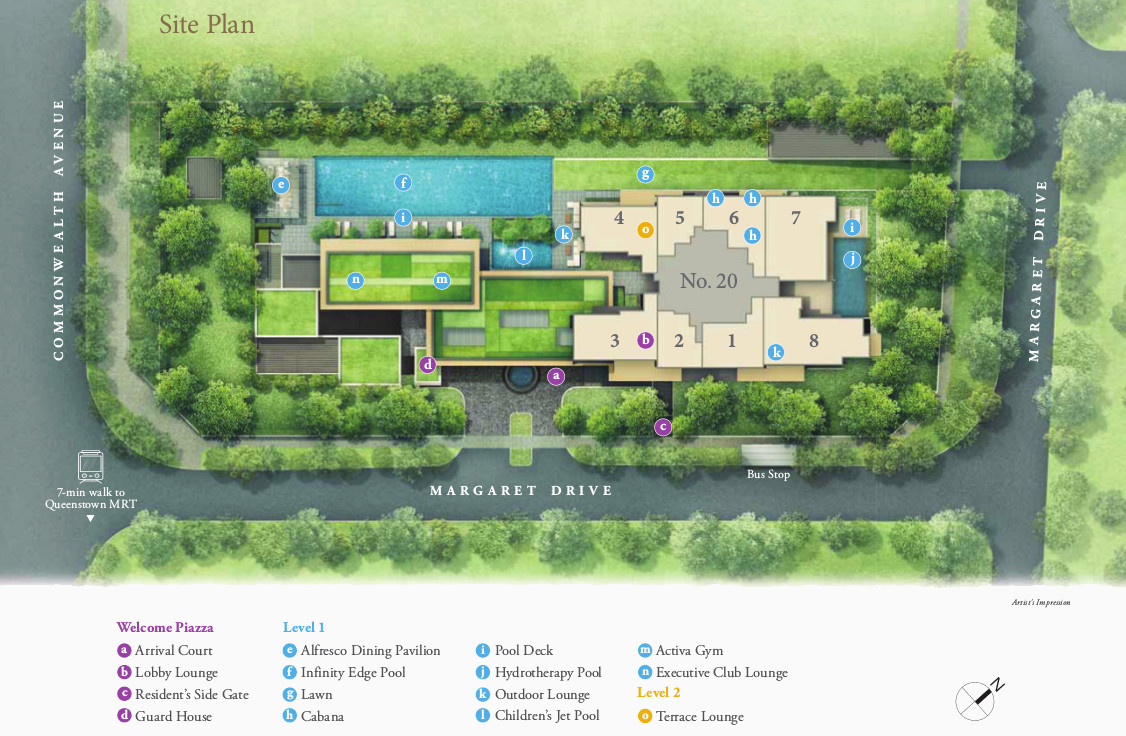 The Margaret Ville condo site enjoys 3 frontages. It is a corner site bounded by Margaret Drive and Commonwealth Road. It also has the advantage of mainly low rise immediate neighbours.

On its north west is Queensway Secondary School (light green marked E on the map), and a small patch of open space (olive green). On its south east are 2 churches (dark red marked W). To its north-east is residential land, but with a plot ratio of 2.1 compared to the 4.62 plot ratio for Margaret Ville. So neighbouring blocks to its north-east could be about half its height.

This means higher floor units at the Margaret Ville condo will get comparatively open views, and the whole project won’t feel too hemmed in.

Please drop us a line below if you wish to view the Margaret Ville showflat. Virtually online or advance appointments.

Status as at 24 May 2018 – see below for estimate pricing. Subject to change. Indicative maintenance fees are $58 per share value, before GST.

Please drop us a note below if you wish to be kept posted on the detailed prices when available.

Dr Lee Nai Jia, head of South-east Asia research at Edmund Tie & Company, said that while the bid may seem bullish, the Margaret Ville price is actually reasonable, due to the location of the land parcel. It is also pretty much in line with market trends for both government land and enbloc sales.

Especially seen against the next Queenstown land sale near by, at Stirling Road, that was won by Hong Kong’s Logan Property & Chinese developer Nanshan Group, with a top bid of over $1 billion, or $1,050 PSF PPR.

Break even cost for the Margaret Ville condo could be about S$1,600 PSF.

MCL Land is one of the most reputable property developers in Singapore. It is a member of the Jardine Matheson Group under Hongkong Land Holdings, with an extensive track record over 40 years, of developing quality homes in Malaysia and Singapore.

Many of these are really nice projects, such as Parvis @ Holland Hill, Hallmark Residences @ Bukit Timah, The Grange, The Esta @ Amber Gardens, Este Villa @ Seletar Estate, Uber 388 @ East Coast, The Palms @ Sixth Avenue, The Peak @ Balmeg, The Estuary, and Terrasse.

MCL Land has a reputation for value and quality. It has also been very successful in recent times with its projects in the west of Singapore, like at J Gateway at Jurong Central that completely sold out at its opening day. Other recent projects include LakeVille and Lake Grande, both in the Jurong Lake District too. 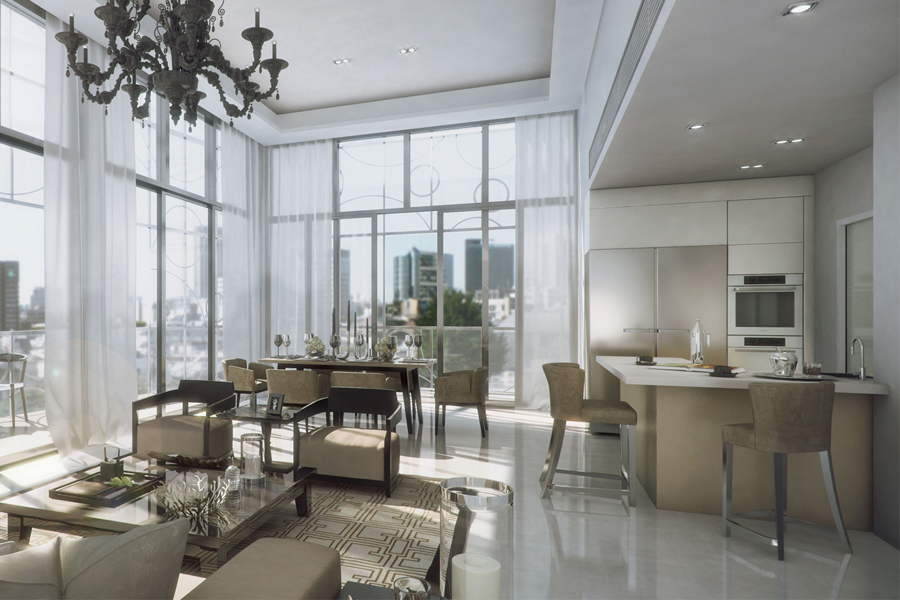 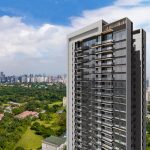