We present here the launch of the One-north Eden condo. One north Eden is a new upcoming mixed residential + retail development along One-north Gateway. This is seen as an attractive location for several reasons, not least because it is part of the One north Business Park.

With only 165 apartment units for sale in this project, demand is expected to outstrip supply.

The One north Eden Condo . The Project 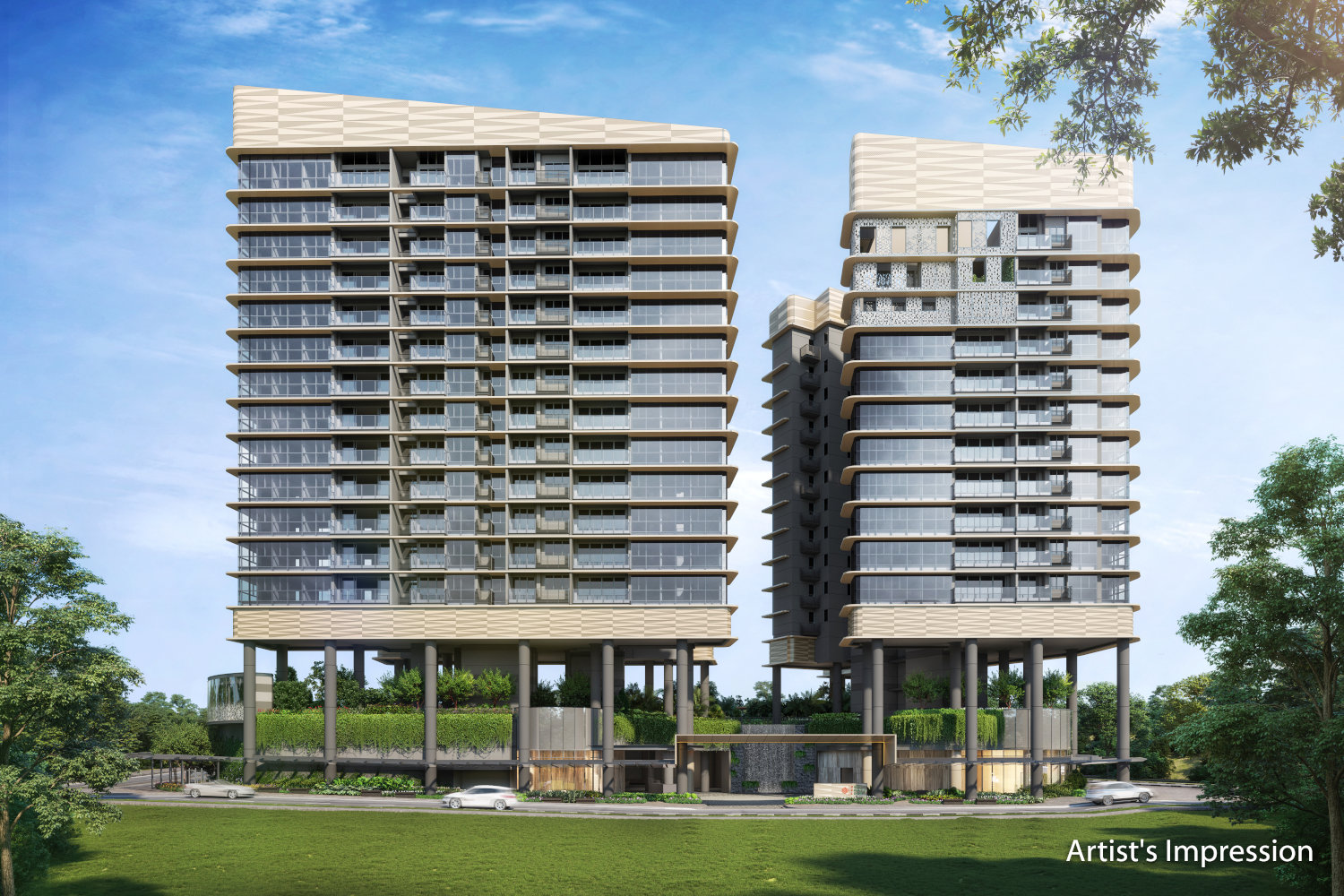 One north Eden Condominium with Shops . View along One-north Gateway

Nestled within One-north is the upcoming One-north Eden condominium + retail development at the corner of One-north Gateway and Slim Barracks Rise. It is quite conveniently located, 6 minutes walk from both Buona Vista interchange station on the East-West MRT Line, and One-North station on the Circle Line.

This is a rather pleasant and green environment, flanked by the greenery of Nepal Park on its front, and that of one-north Park to its rear. The latter is a 16-hectare park consisting of 13 land parcels strung across the entire length of one-north.

Yet the site is also not far from the city centre, being 15 minutes drive off-peak from the CBD and from Orchard Road. 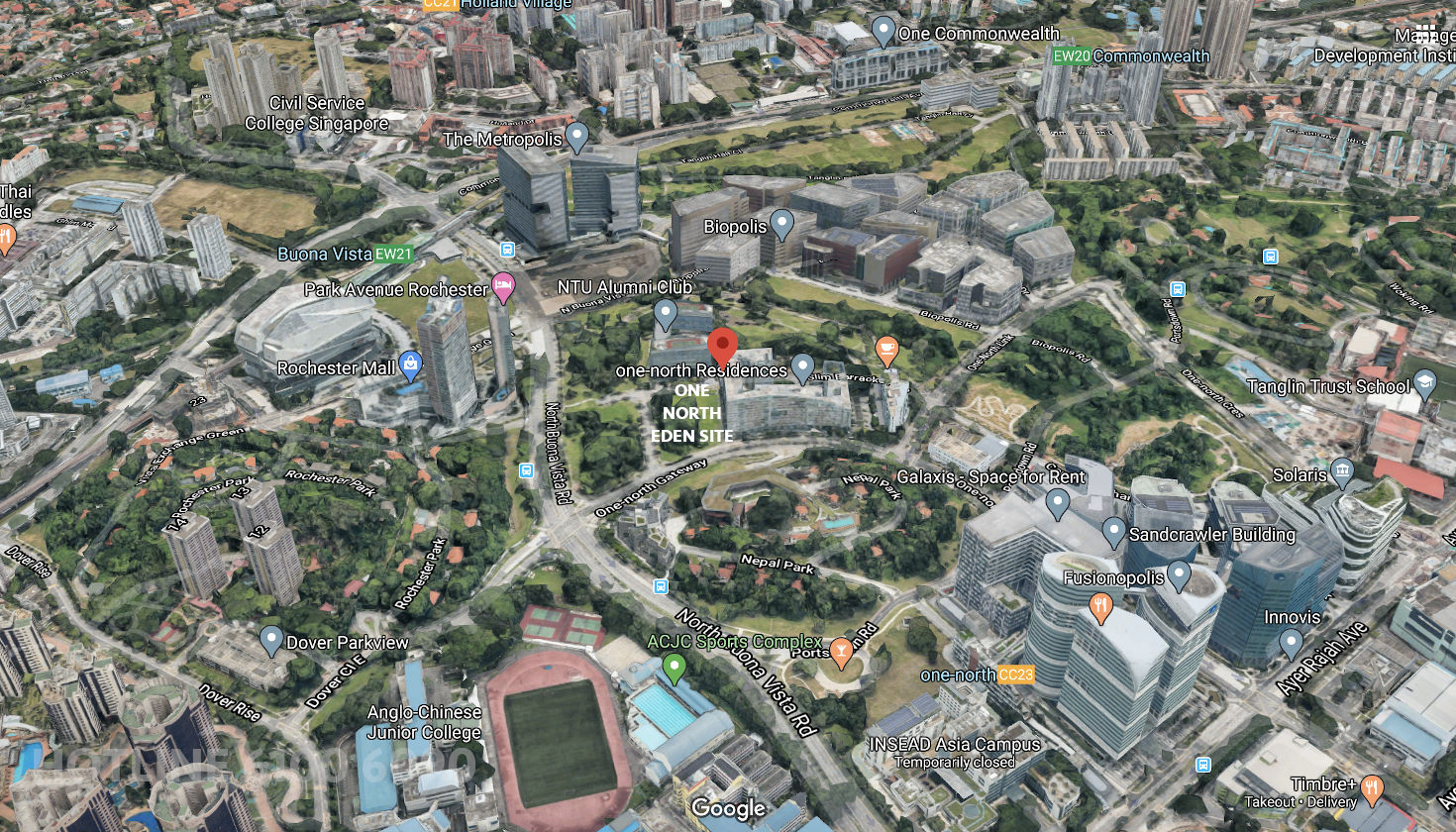 The neighbourhood itself offers lots of appealing options for after-work or weekend hang-outs. Within walking distance, we have Star Vista, and Rochester Mall. Then slightly further afield, are the lifestyle enclaves of Holland Village (to be enhanced by the addition of One Holland Village) and Dempsey Hill, and the cosy cafes of Sunset Way.

One-north Eden is being developed by TID Residential, a joint venture between Hong Leong Holdings and Mitsui Fudosan, who rank among our top local developers. They acquired the land in a government land sale that attracted nine bids by the close of tender on 5 September 2019.

Register interest for updates or to view the showflat, or for prices. 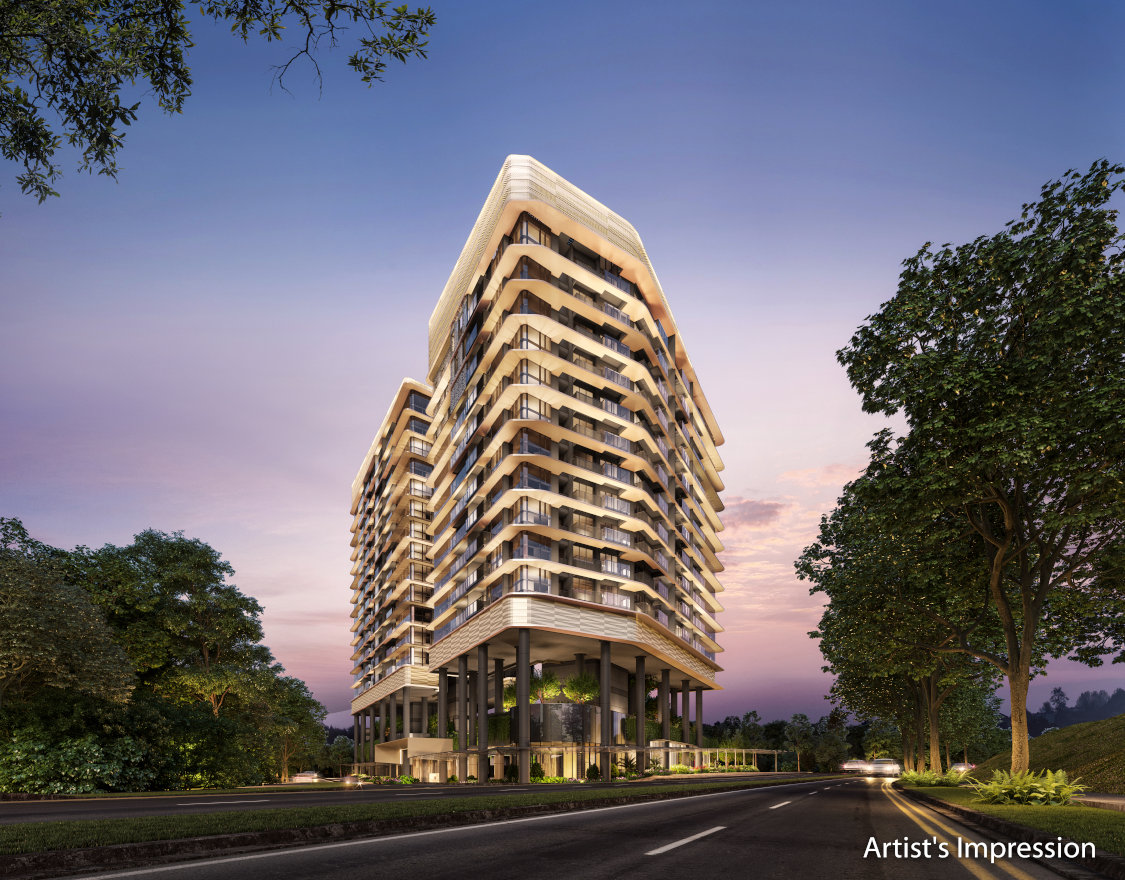 URA said that this sale was part of JTC’s “…continued efforts to inject more residential spaces in the one-north estate to meet the housing needs and enhance the area as a vibrant mixed use business park.”

According to CBRE’s head of research for South-east Asia, Mr Desmond Sim, the fairly high competition for the site reflected its palatable size and strategic location. He said bidders were “… probably encouraged by the growing tenant pool, as well as limited options available in the private residential market”. 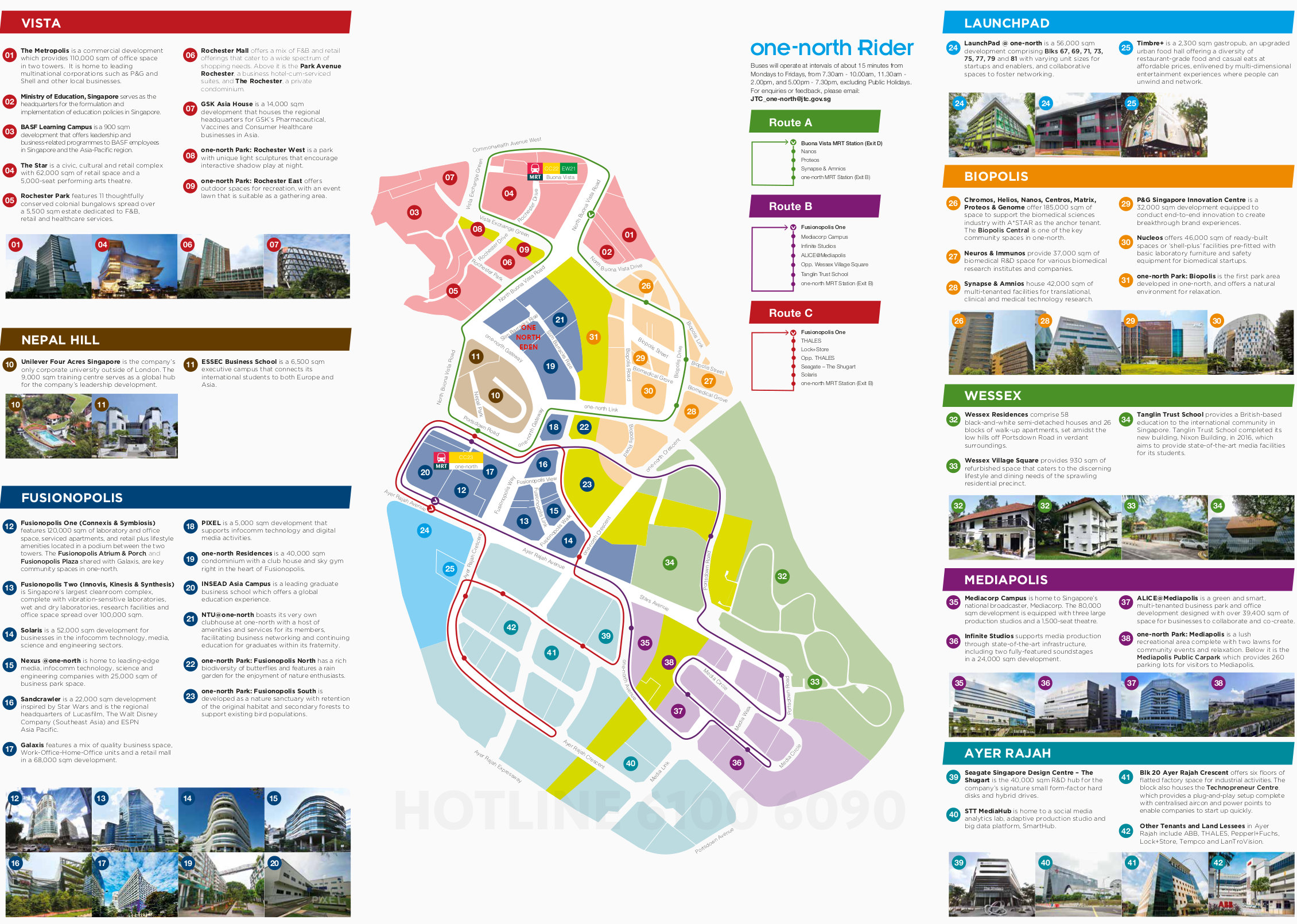 one-north In A Nutshell . Zones & Bus Routes . Click to Expand

At last count, this neighbourhood is home to 400 global institutions and companies, 16 world-class public research institutes, six corporate universities and institutes of higher learning, and 50 incubators nursing almost 800 startups. These employ over 50,000 knowledge workers, and rising. 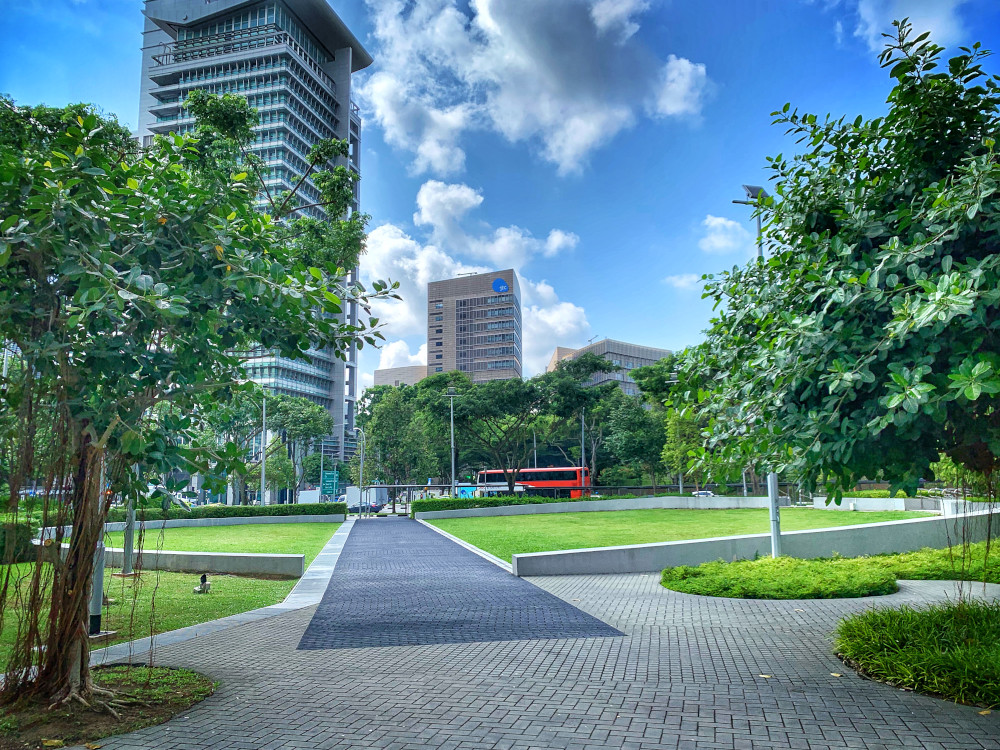 The last residential plot in the area was launched as far back as 2009.

There is hence pent-up demand for housing here, generated by the rise in working population in the vicinity. Even five-year old 5-room HDB flats fringing one-north, like at Commonwealth Drive and Holland Drive, are commanding upwards of $1.1x million.

One-north Eden, with its 165 residences, should help to meet some of that demand.

Cushman & Wakefield’s head of research for Singapore and Southeast Asia, Ms Christine Li, sees the One-north Eden condo as complementing the live-work-play ethos of one-north. She expects “…strong demand for units in the project”, given the relative shortage of housing stock in the vicinity.

Moreover, Razer and Grab are currently building their headquarters nearby, with Grab’s facility likely to house a workforce of up to 3,000, according to Li. She notes that, “This could be a source of potential demand as affluent tech workers who work long hours might prefer to live nearby to shorten their commute.”

One-north is a subzone and business park located in the Master Planning area of Queenstown. It was developed as an aggregation of R&D space for the info-comm technology (ICT), media & biomedical sciences industries, spread across more than 200 hectares of lush green grounds. 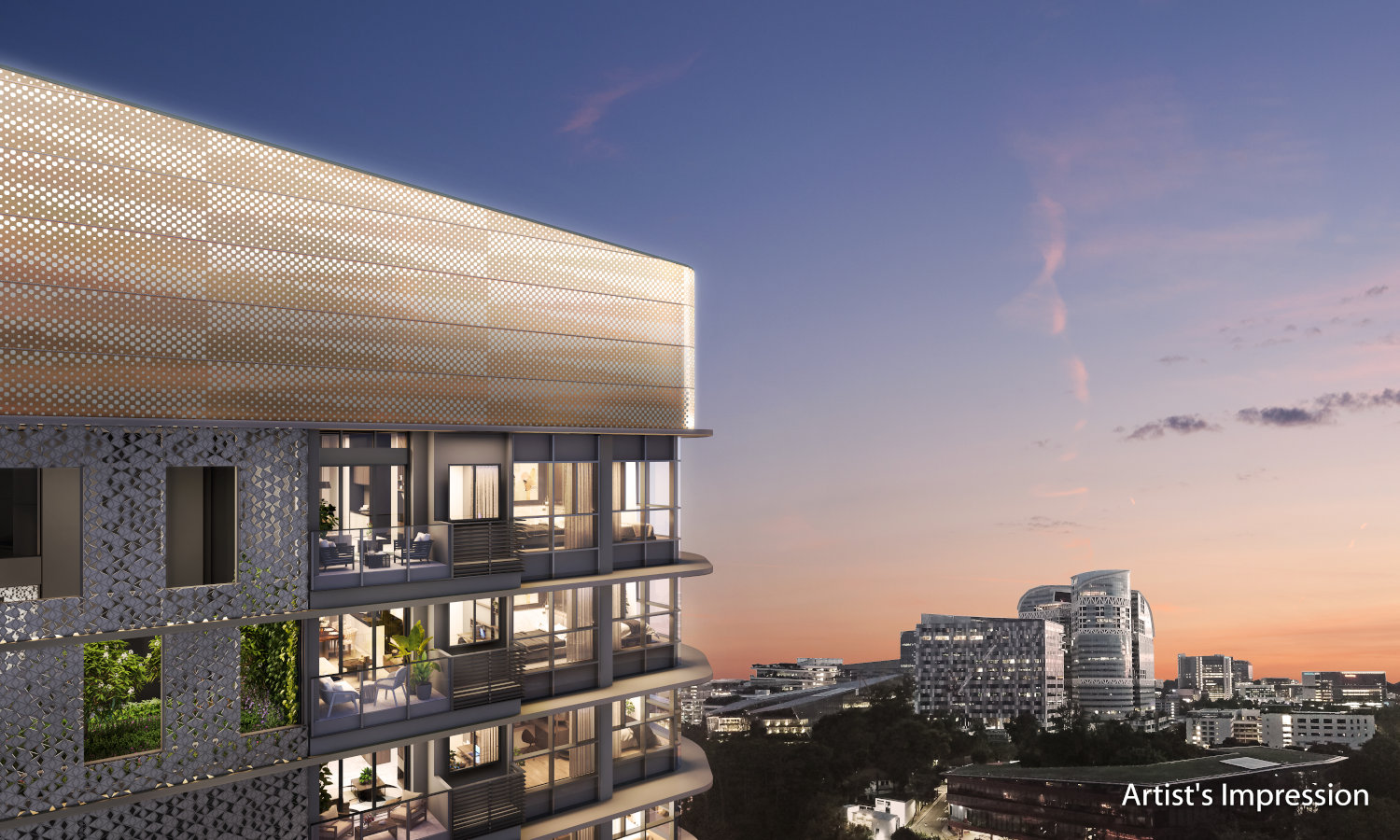 Sky Garden at One North Eden Condo . View of the Business Park

Conceptualised as far back as 1991, master planned by Zaha Hadid Architects, and officially launched in 2001, One-north was envisaged as a “global talent hub” to foster entrepreneurship and innovation, to spear-head Singapore’s knowledge-based economy.

It is also located near major educational and research institutes such as INSEAD, the National University of Singapore, the Singapore Institute of Technology, ESSEC Business School’s Asian campus, and the Singapore Science Parks. 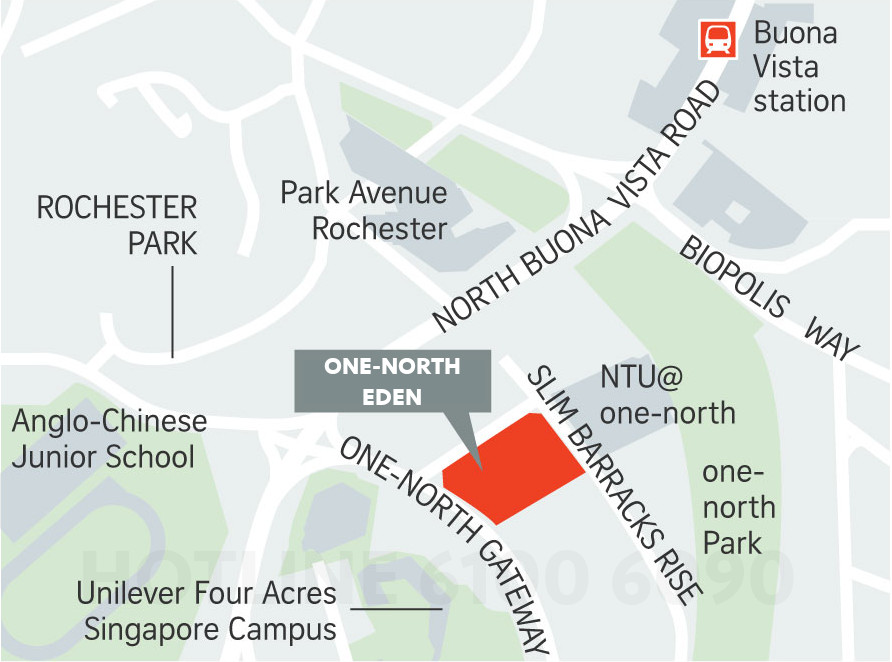 Besides being a “science hub”, another aim here was to create a community where locals and expatriates could foregather to work, live, and relax in. In line with that, it has become not just another government project, but one where the private sector has played its part in providing both recreational and social amenities for those working and living here.

Today One-north is one of, if not Singapore’s leading research and development hub, set within a vibrant and dynamic community. It also offers its own unique lifestyle, partly fuelled by its close proximity to Holland Village, and to the Southern Ridges Green Belt.

Nearby Colonial Architecture of Wessex Estate and Gastrobar at Rochester Park

The other part of one-north’s appeal comes from how well heritage buildings have been blended in. Old colonial bungalows dot one-north, at Rochester Park and Wessex Estate. Many of these have been restored and adapted for use, adding character and charm to the landscape.

Register interest for updates or to view the showflat, or for prices.

The Main Arrival . View of Towers

Please drop a line via the Contact Form if you would like the One-North Eden condo floor plans to be emailed to you. 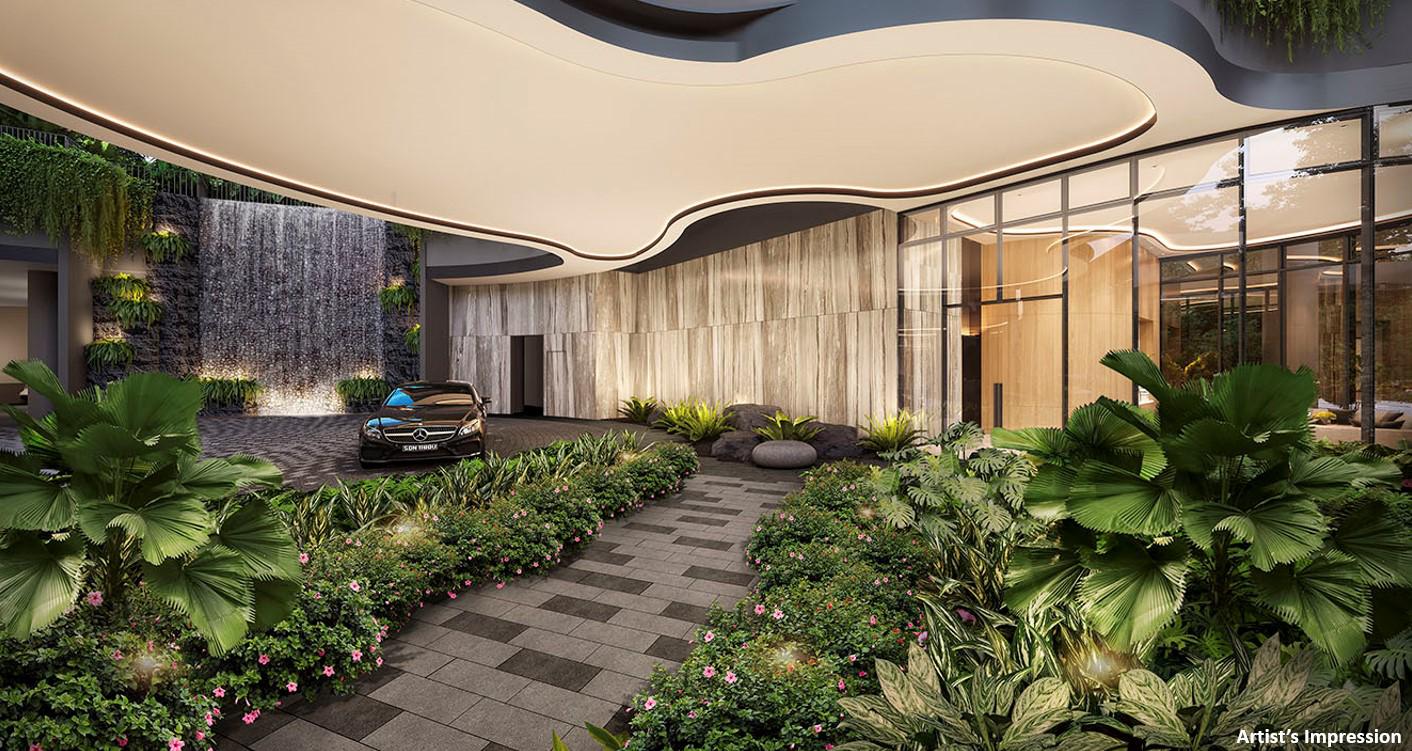 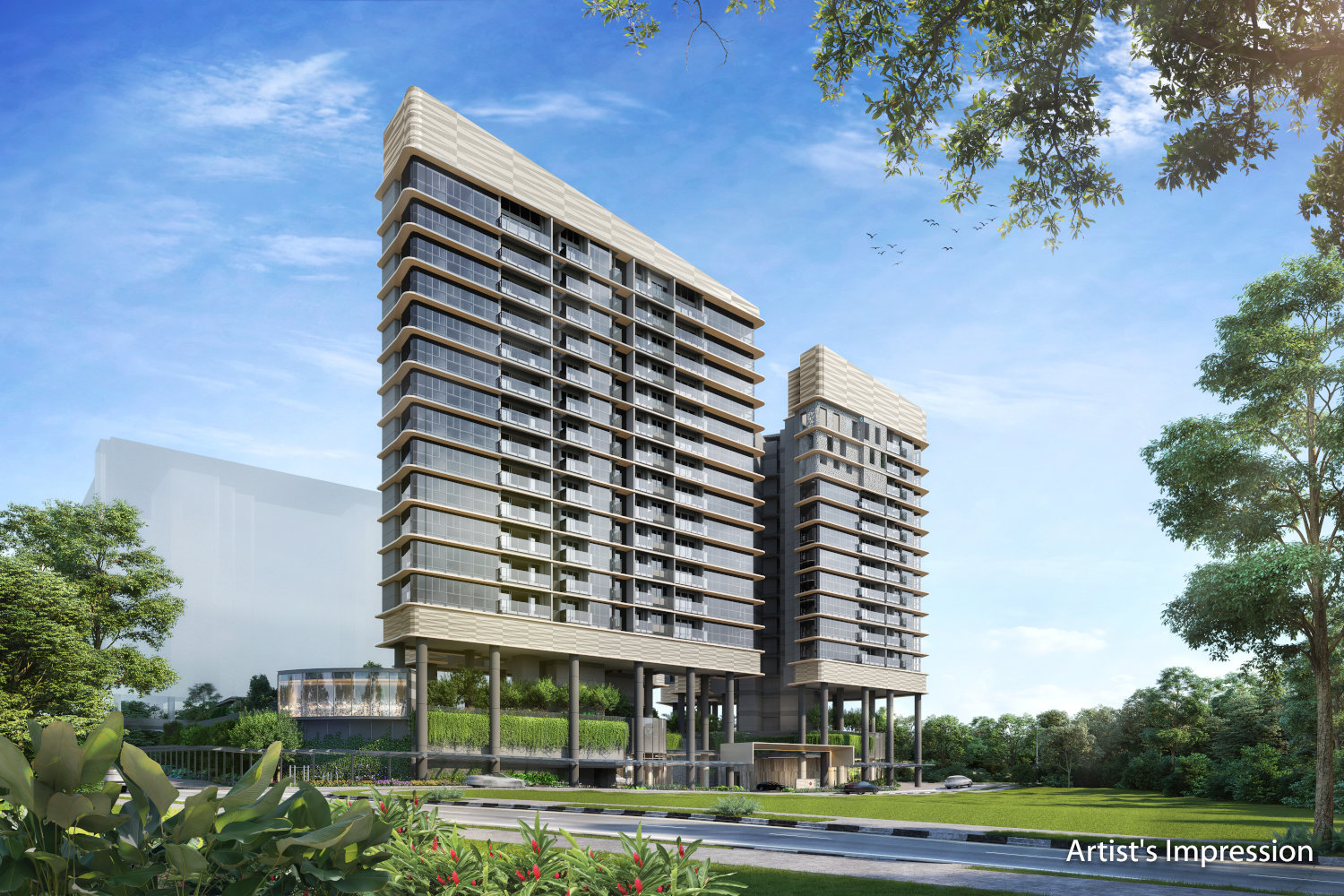 This is a corner plot, bounded by Slim Barracks Rise on both its north-west and north-east. The main entrance is via One-north Gateway at its south-west. One-north Residences completes the loop, with a similar residential-above-shops configuration.

One thing nice about the site is that it faces the greenery of Nepal Park across the road. Over there, the buildings of the ESSEC Business School, and the Unilever Four Acres campus, are on the low side, allowing for more unblocked views and wind flows.

The maximum allowable plot ratio is 2.5 for this parcel. It is zoned residential, with commercial at the first storey. This will likely mean retail shops at the ground level podium. The apartments and communal facilities will sit atop that. 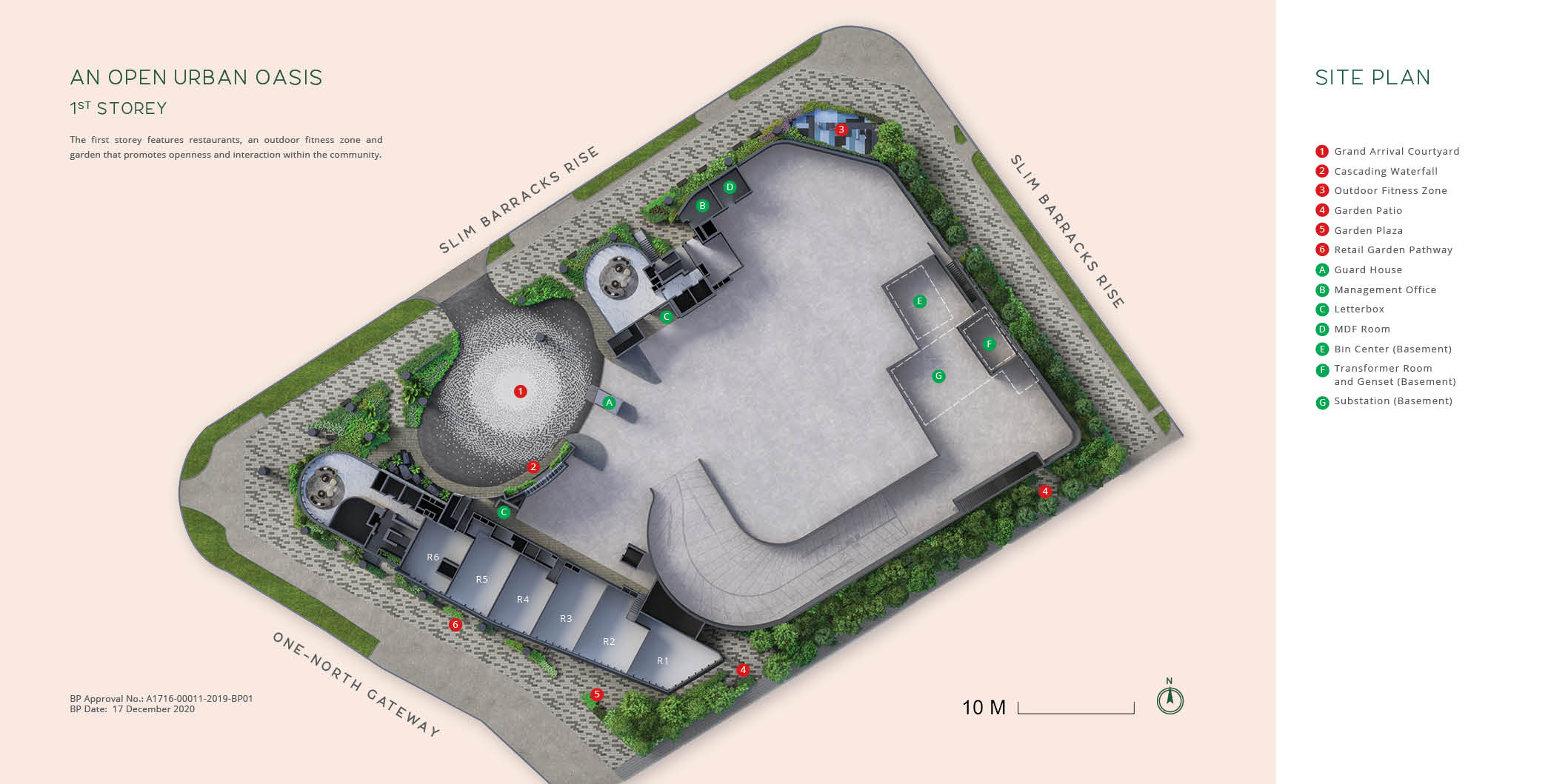 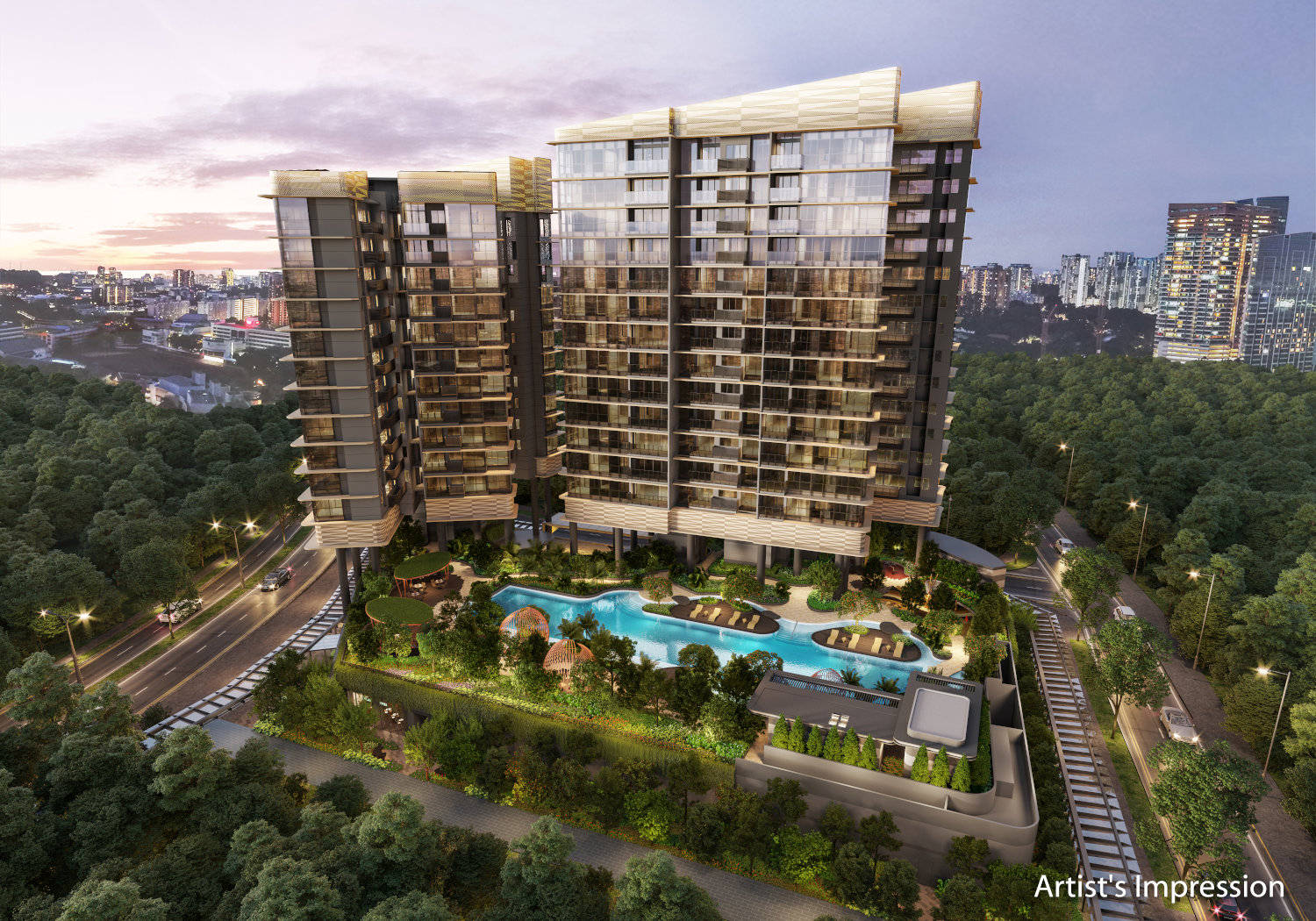 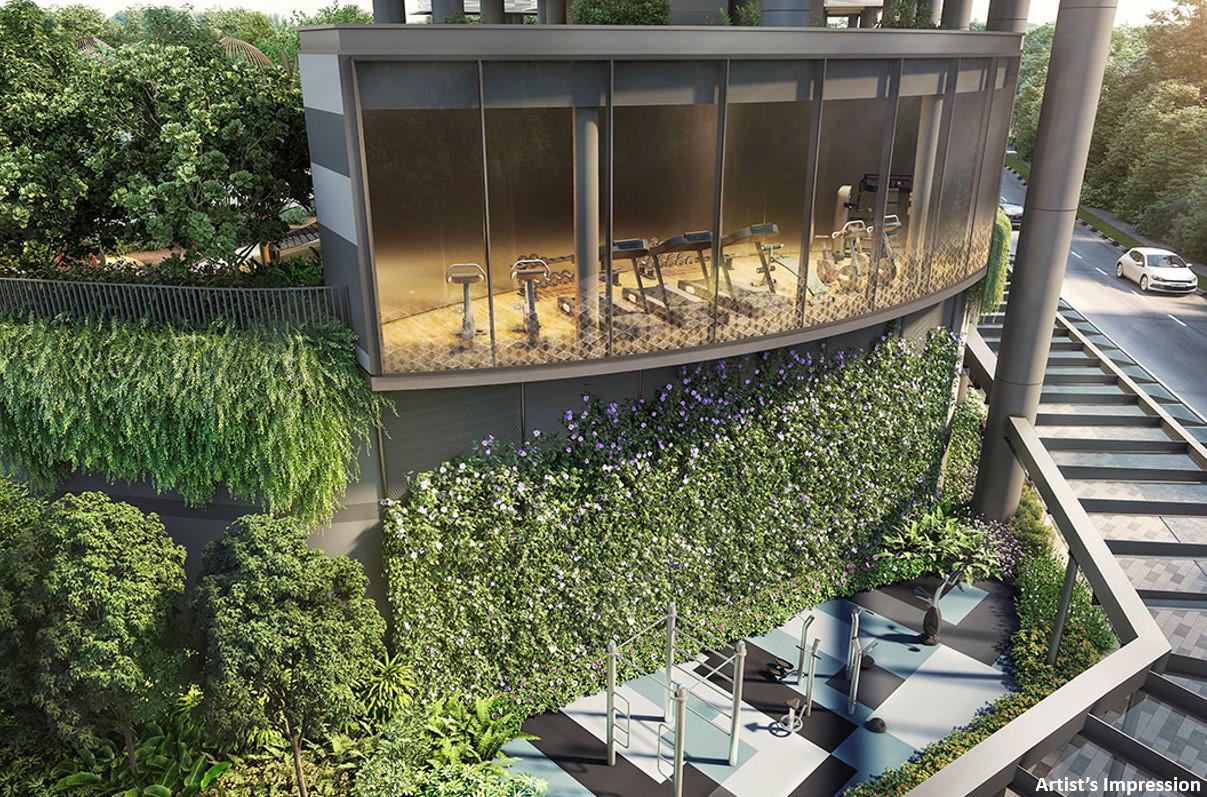 The One-North Eden condo showflat launched in April 2021. Viewings are by appointment only.

Please drop us a note via the Contact Form if you wish to view the showflat. Thank you. 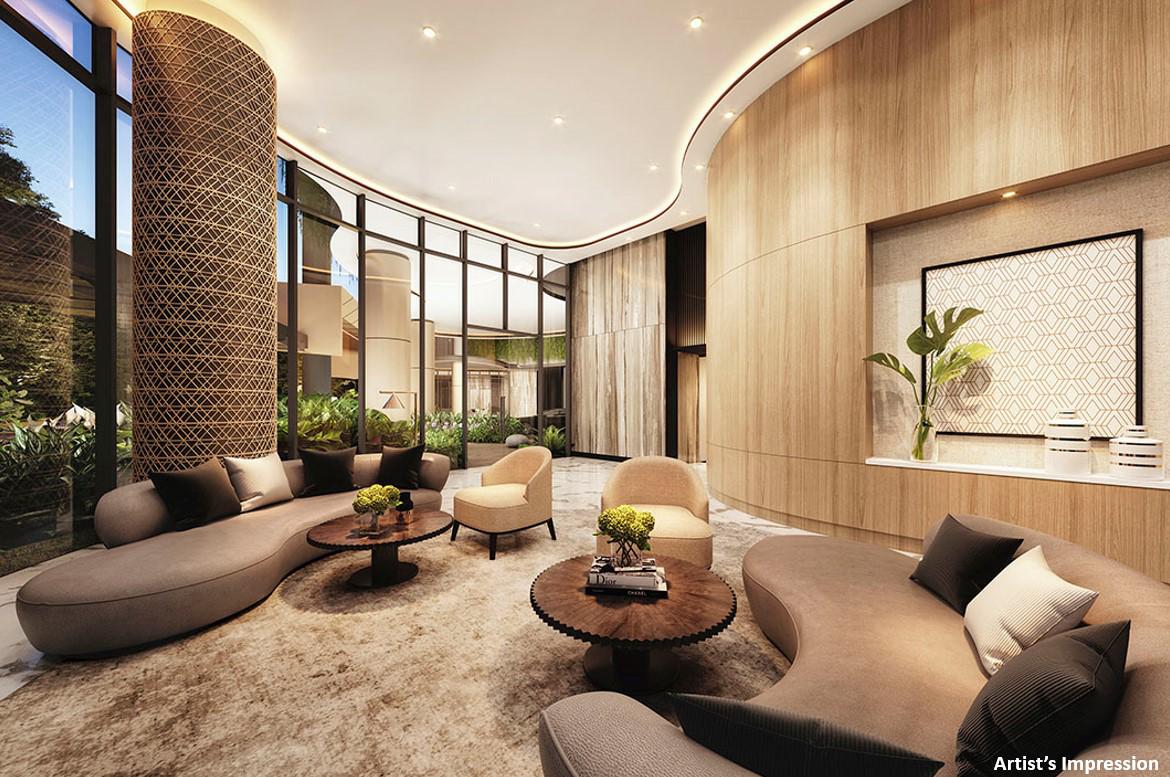 Indicative One-North Eden launch pricing as follows. Please let us know via the Contact Form if you wish to view the showflat.

Under the URA Master Plan, the site is zoned residential + commercial, with a plot ratio of 2.5 (the ratio of built-in floor space to land area), which translates to a maximum GFA (Gross Floor Area) of 155,505 square feet.

Hence the bid price from TID works out to a land cost of $1,001 PSF PPR (per square foot per plot ratio).

Colliers International head of research for Singapore, Ms Tricia Song, reckons breakeven for the One-north Eden condo to be in the range of $1,500 to $1,550 PSF.

Assuming average unit sizes of 85 square metres, she estimates that TID could be looking to sell at above $1,6xx PSF.

According to Colliers, one-north Residences next door that completed in 2009, has been changing hands at roughly $1,500 PSF as of 2019. On that basis, units in this newer project could reasonably command a 15% to 25% premium.

Especially as this is not a big project. With less than 200 units on offer, the risk of not being able to sell out within the 5-year timeline is low. So TID can afford to name their price, within reason. (Similarly too, for investors looking to on-sell after completion.)

One-North Eden Singapore is being developed by TID Residential, a fully-owned unit of TID Pte Ltd.

TID is a joint venture, incorporated since 1972, between Hong Leong Group and Mitsui Fudosan Co Ltd, one of Japan’s leading real estate companies.

The strength of the partnership lies in its ability to offer better solutions by combining the talents of the Hong Leong team with Japanese management expertise. It recognises the demand for architectural fineness, and seeks to incorporate that with creativity and quality in its products. 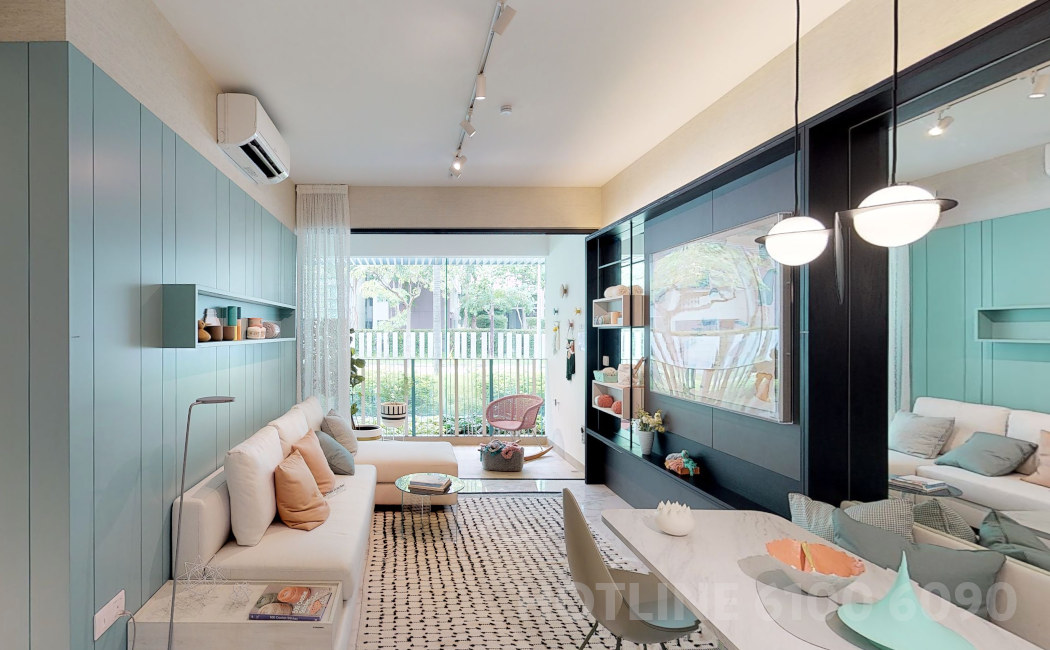 Given its 40+ years track record here, TID can draw upon a depth of experience in developing One-north Eden Singapore. To-date it has built over 35 residential, and a handful of commercial developments locally.

These include projects such as Goodwood Gardens, the exclusive Oceanfront @ Sentosa Cove, Nathan Suites, Forest Woods, and the current launches of Piermont Grand and The Jovell.

And together with CDL, TID has also delivered many other developments like Bartley Ridge, Scala, MeyeRise at Meyer Road, Parc Emily, and The St. Regis Singapore Hotel & Residences. St Regis Hotel won the 2009 “FIABCI Prix d’Excellence” award under the hotel category. 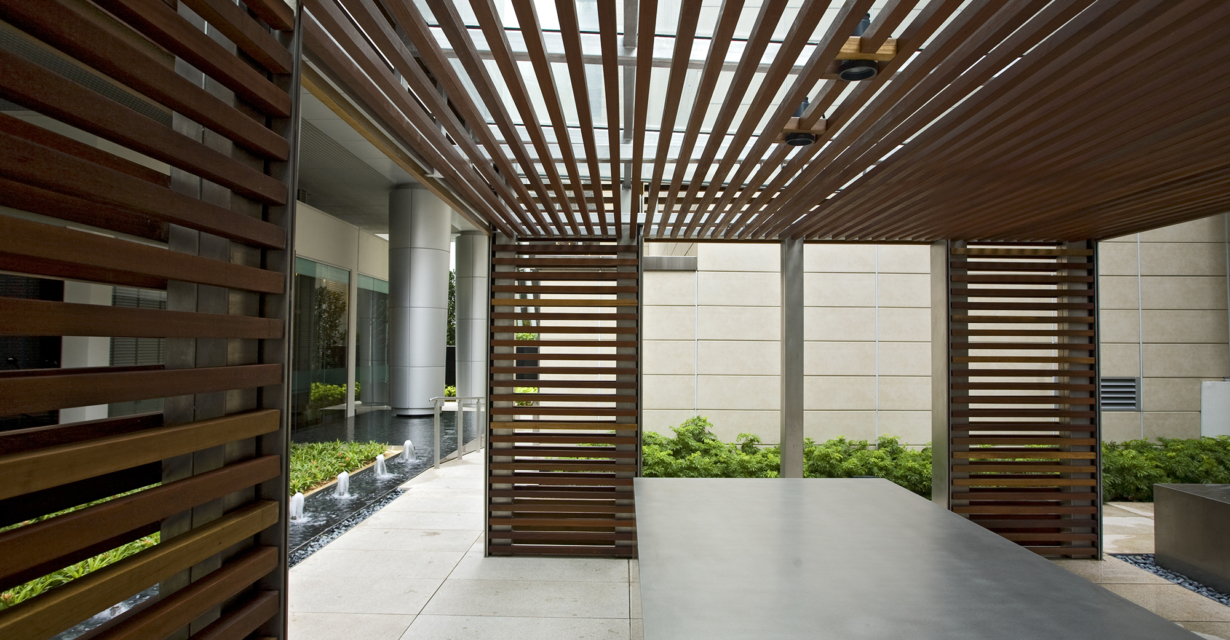 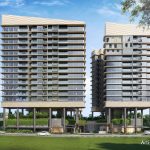