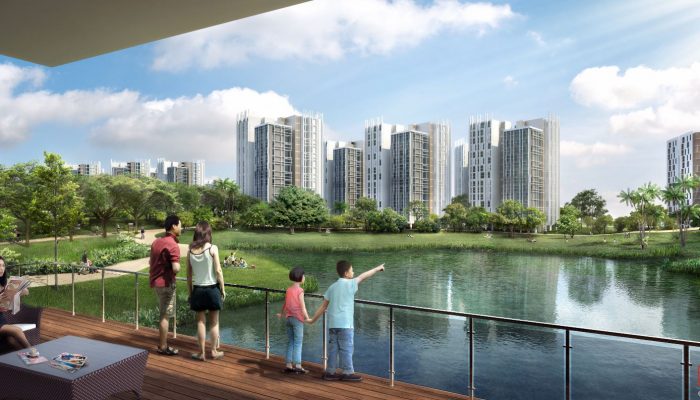 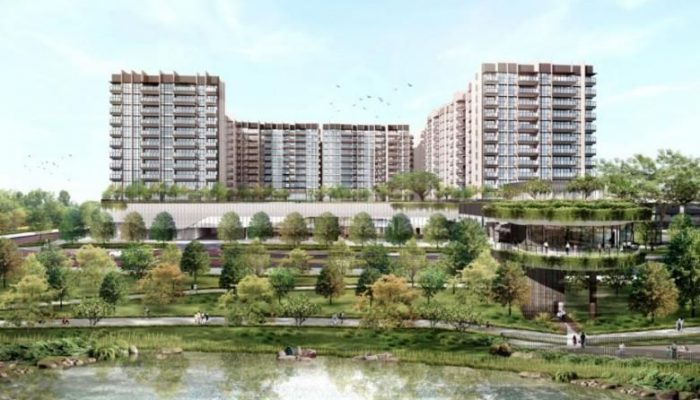 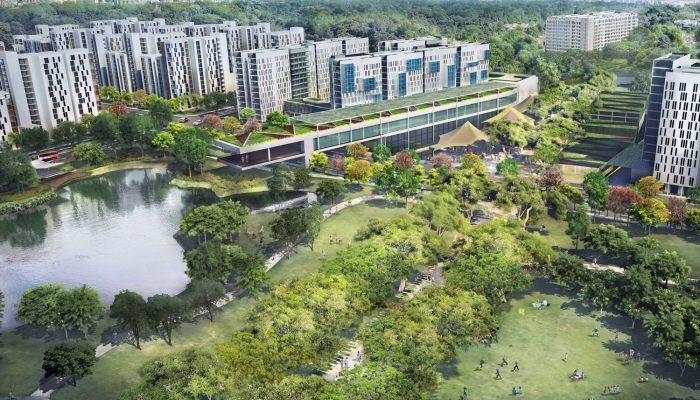 The Woodleigh Residences is the very first Government Land Sale site in the new Bidadari estate that is exciting much interest. It is a mixed condominium-cum-retail development that will provide around 680 residential units and close to 28,000 square metres of retail gross floor area in park-like surroundings. Will be launched for sale by an equal partnership of Singapore Press Holdings (SPH) and Kajima Development.

The reason the Woodleigh Residences site drew so many contenders amid such fierce bidding has to do with the site itself, and its location. In a nutshell, Bidadari is a young estate, on the city fringe, and the site is adjacent to Woodleigh MRT station with place-making attributes. 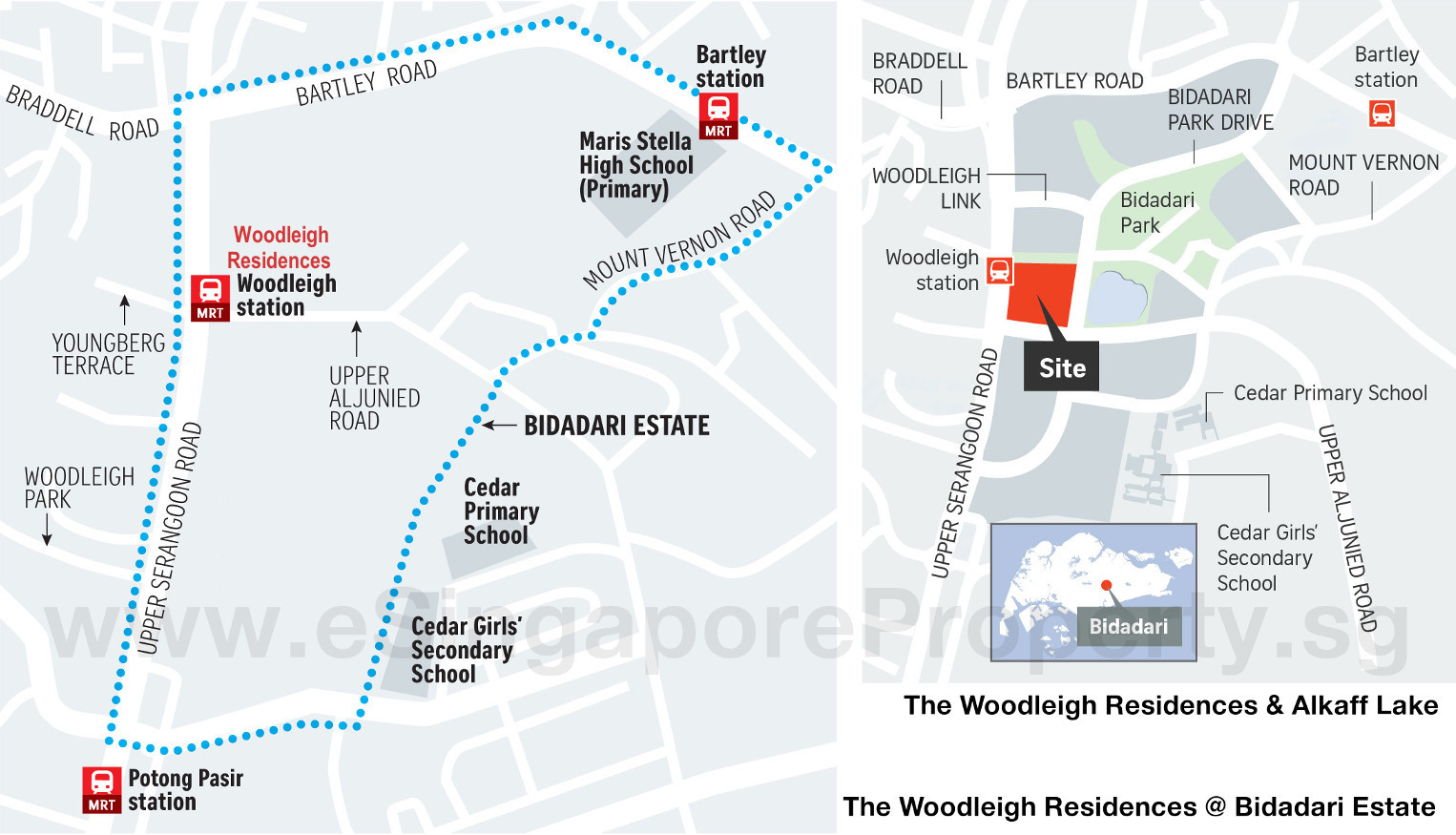 Bidadari is widely referred to as the “future Bishan” due to its central location and good schools nearby. Both estates were also once cemetery sites. HDB BTO flat launches at Bidadari are so popular that they have been many times over-subscribed despite charging a premium.

Being a young estate starting from empty land allows the planners to design and build it all to fit together from scratch. Bidadari is envisaged as a “community in a garden”. Indeed it is planned around a 10ha (over 1 million sq ft) Bidadari Park in the centre of the estate, that will house the new Alkaff Lake, named after the Arab family who built the Alkaff Lake Gardens in that area in 1929.

The Woodleigh Residence itself directly faces the lake and park. Both residents, and visitors to the mall will enjoy views over Alkaff Lake and Bidadari Heritage Walk, and the surrounding park.

As Kajima Development’s project director Daisuke Tanaka put it: “Buyers will be pretty close to the city centre and yet be able to enjoy green surroundings – including a park and a lake. There are many good schools nearby, so this will be a good place to raise kids, and also a place where owners will want to spend their whole lives . . .”

With its site location right beside a transport node, Alkaff Lake and Bidadari Park, the Woodleigh Residences position could make it the epicentre of the Bidadari Estate. 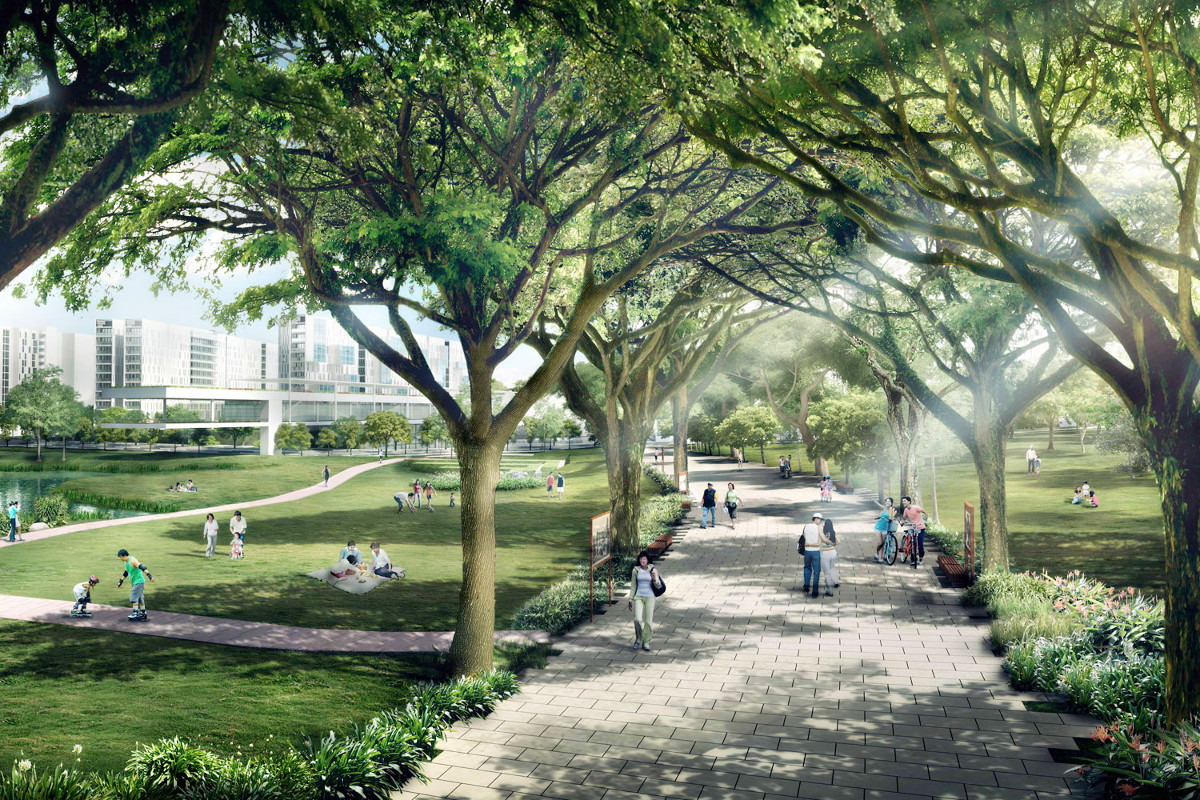 Bidadari Heritage Walk in Bidadari Estate . From the Woodleigh Residences

As part of the integrated project, SPH & Kajima will build a commercial bridge to Bidadari Park, and an underpass connecting the bus interchange. This will be Singapore’s 1st air-conditioned basement bus interchange, tucked away below a neighbourhood garden and carpark.

In addition, they will work with the Singapore Police Force and People’s Association to build a 2,200 sq m Neighbourhood Police Centre and a 6,000 sq m Community Club.

Various other conditions were also imposed on the tender for this site, including some quite complex technical ones. Among other things, the developer is tasked to work with tenants of the retail component on productivity initiatives, with its proposals subject to design reviews by HDB.

Despite these onerous conditions, the participation rate at the tender was still high. Testimony perhaps to the sheer attractiveness of this site.

SPH and Kajima will keep the retail component, The Woodleigh Mall, for recurring income. They have started contacting potential partners to develop retail concepts, including food & beverage outlets, and educational & medical services. SPH has a fair bit of experience in building, owning and managing malls.

The Woodleigh Residence and Woodleigh Mall are scheduled for completion around the second half of 2022.

Kindly drop us a note below if you would like the Woodleigh Residence floor plans to be emailed to you.

From the total Gross Floor Area of 958,450 sq ft allowed for this site, SPH & Kajima could have built up to 825 units based on the minimum floor area standard permitted of 70 square metres. However they have gone for bigger units instead to cater more to families. There are no one bedroom apartments. Instead the unit types here from range from two to four bedroom homes. 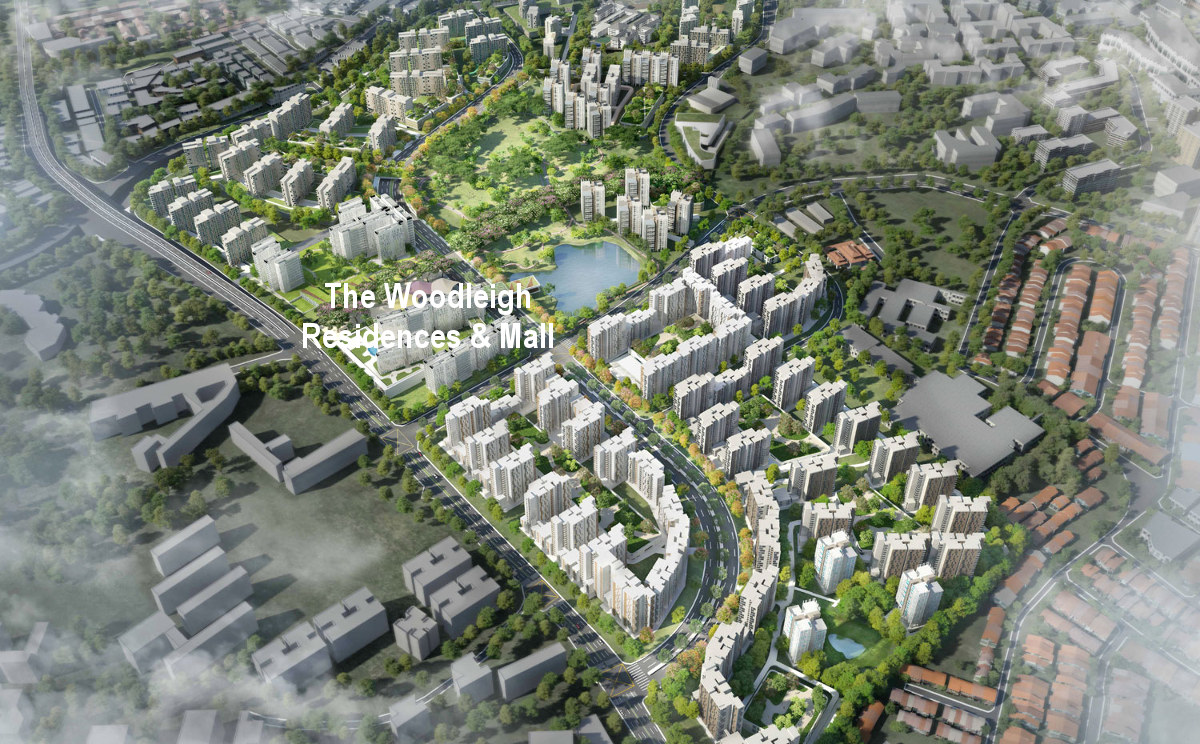 From the URA Master Plan, the Woodleigh Residences and Mall lies between Woodleigh MRT station on its immediate west, and faces Alkaff Lake and Bidadari Park on its east. Which means that most of the units facing east away from the hot afternoon sun, will also get some pretty park and lake views. On its north is a narrow green corridor.

The Woodleigh condominium and a landscape deck that houses the communal facilities sit atop several levels of retail shops in the podium block. This provides privacy, and shields it from traffic noise along Serangoon Road.

Please drop us a line via the Contact Form if you wish to view the Woodleigh Residence showflat. Advance appointments or virtual online only.

Status as at 23 April 2018 – prices not finalised yet. Please drop us a note below if you wish to be kept posted on indicative pricing.

As with almost all new launches, detailed Woodleigh condo prices will only be announced on the Preview sales day. Indicative pricing will likely be released earlier. 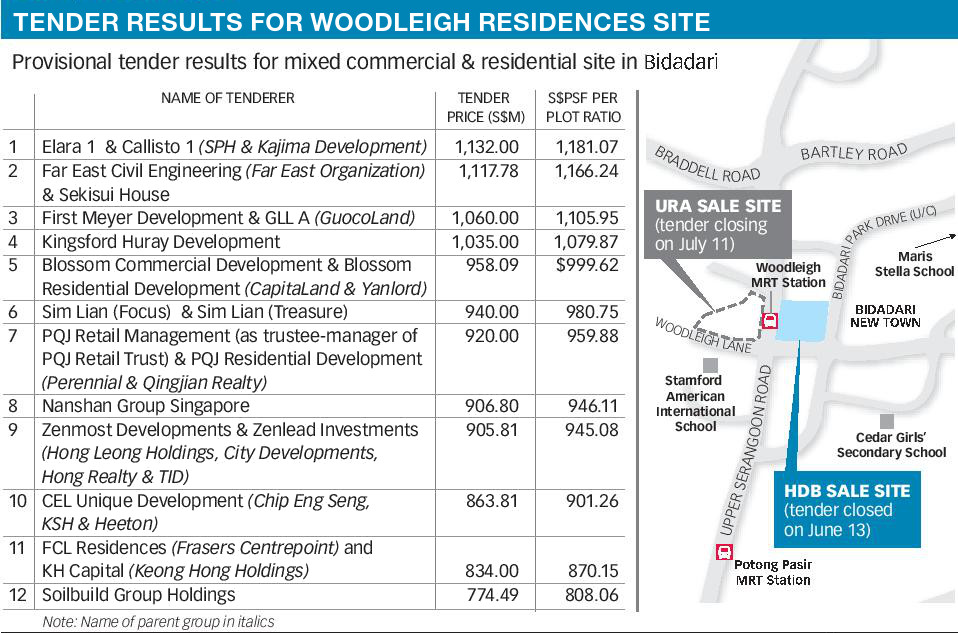 At that time, some consultants considered it bullish, noting that it was some 50% higher than the $775 PSF PPR paid back in August 2014 for The Poiz Centre and Poiz Residences site beside Potong Pasir MRT Station, that sold out a year ago.

That said, it was also acknowledged that the higher price was a reflection of more buoyant market sentiment. This has since evolved into a clearer trend of ever escalating prices, such that even less central sites are fetching similar prices now.

Given current trends, expectations are that Woodleigh Residences prices might start around SGD$2,000 PSF. This is what Park Place Residences, a mixed development at Paya Lebar MRT station, averaged in its phase 2 launch in March 2018. It is the most similar in terms of profile and city fringe location. Currently around 87% sold. 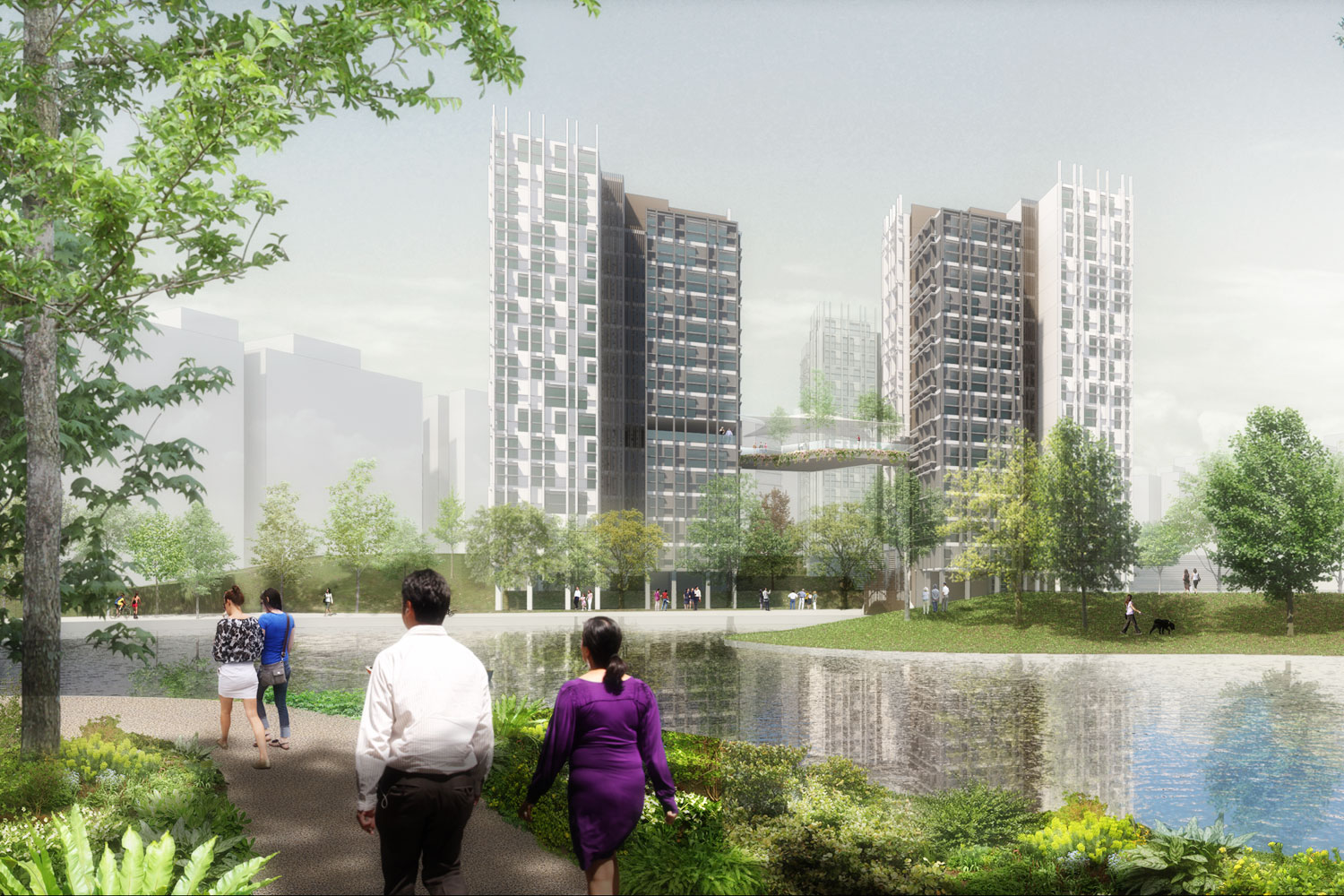 Alkaff Lake opposite The Woodleigh Residences

The Woodleigh Residences Singapore is being developed by SPH and Kajima Development. This is SPH’s 2nd residential project after Sky@Eleven in Thomson Lane, that completed in 2010 and sold out shortly after. Its mall portfolio includes The Paragon, Clementi Mall, the more recent Seletar Mall, and now The Woodleigh Mall.

Kajima developed 71 Robinson Road in the CBD, and luxury residences such as Sui Generis in the Balmoral area, and Bishopsgate Residences. It partnered Pontiac Land to develop Millennia Singapore and Regent Singapore.

Kajima Development is the property development arm of Singapore-based Kajima Overseas Asia, that is in turn the South-east Asia arm of Japan’s Kajima Corporation.

Their businesses include property development, construction, engineering & design. They have established local subsidiaries in each region, and tailored them to the specific conditions in each market to deliver quality projects. 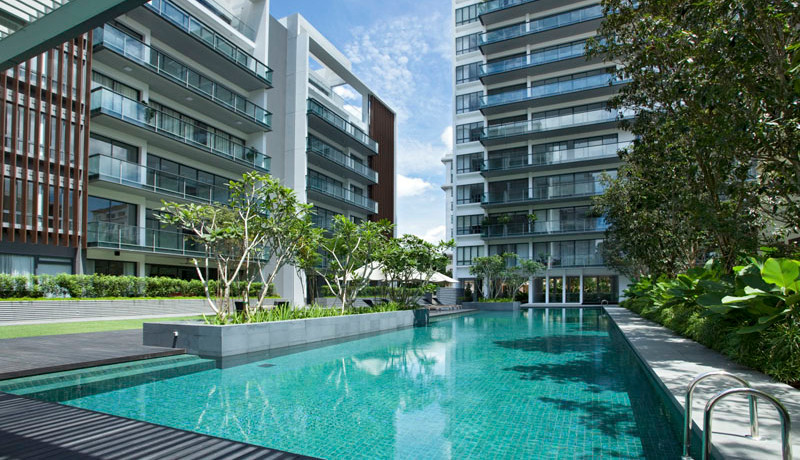 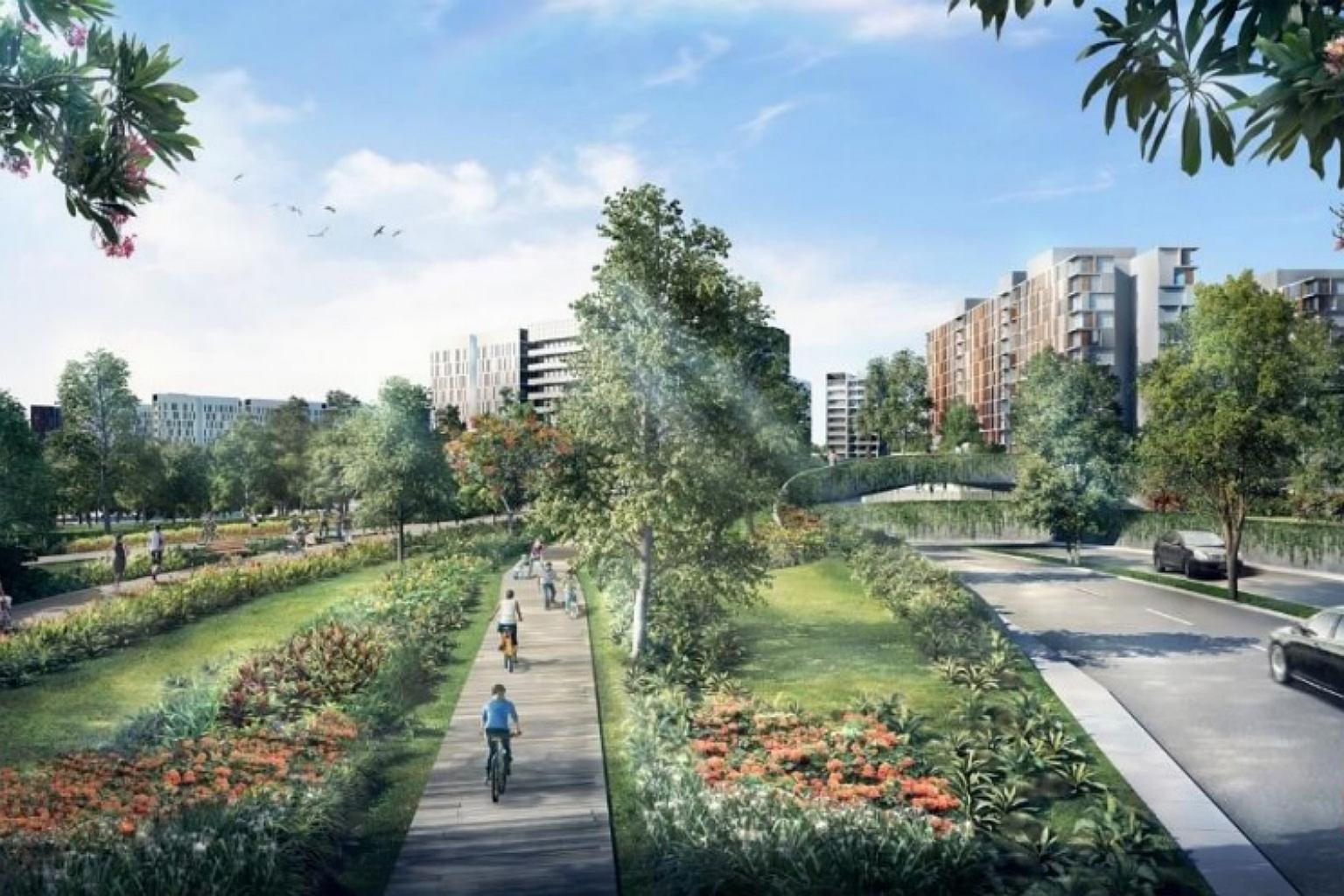 The Bidadari Greenway that runs beside the Woodleigh Residence Location 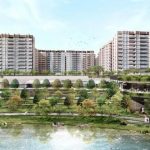