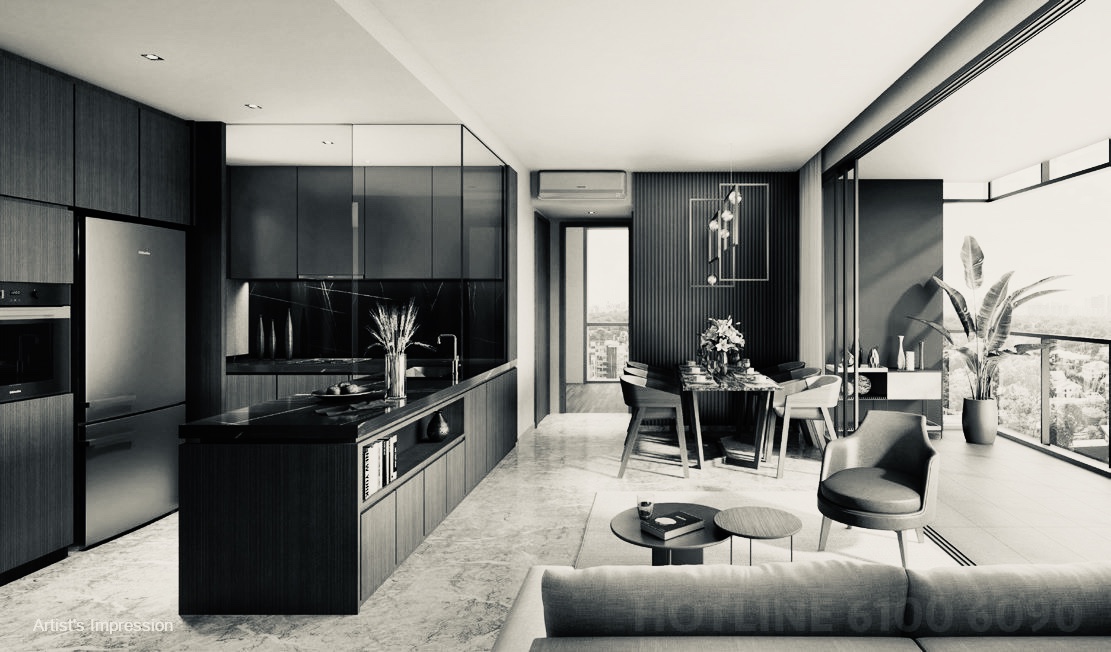 Home owners in Singapore appear to be trading up to bigger homes, spurred by the work-from-home trend that the COVID-19 pandemic has wrought. This has led to an upswing in the sales of larger sized condominium units.

These are generally above 1,200 sq ft (square feet), with the most popular being in the 1,200 to 1,400 sq ft range, as they tend to be still within the affordability limit for many.

OrangeTee & Tie’s head of research and consultancy, Ms Christine Sun, who analysed the shift, highlighted that in July and August 2020 alone, 208 condo units over 1,800 square feet were sold, at a medium of around SGD$3.35 million. Ms Sun described this trend as being, “pretty amazing amid the pandemic and economic slowdown”.

Jadescape and the Avenir sold the largest number of residences above 1,800 saw ft, at five and seven respectively. The median price for these units at Jadescape was SGD$1,604 PSF, or a quantum of $3.4 million. The Avenir, located in the CCR (Core Central Region) registered a median of SGD$7.6 million for such units, or around $3,218 PSF.

Over at Penrose which started sales in late September, 5 units larger than 1,200 square feet sold at the launch. Prices of these, which are 4-bedroom units, were between SGD$2.2 million to $2.3 million.

This increase is reflected in all the market segments, including both resale and new projects. Sales of large new units in August touched a 3-year high of 147 units, compared to the previous record in April 2017 of 197 units.

For this year, the new projects with the most large units sold from January to August were Jadescape (108 units), followed by Treasure at Tampines (98 unit), then Parc Clematis (54 units that included strata townhouses), Forett at Bukit Timah with 28 units, and the almost sold out Parc Esta that still managed 28 such units.

As for resale units, at 432 units it was just slightly lower than the previous record in July 2018 of 440 units.

Ms Sun also noted that the median house price this year for large units was SGD$1,319 PSF in the July / August timeframe. This works out to 3.5% higher than in the same period last year, and 29.2% more than in the same timeframe five years ago.

She postulated that the rise in demand for large units could be related to the current work-from-home trend, that is driving demand from buyers wanting more space at home for either or both relaxation and work.

“The coronavirus crisis may be changing the property market and consumers’ buying behaviour in more ways than anticipated,” said Ms Sun.

With people working from home since Covid-19 surfaced in Singapore, the pandemic could be spearheading a permanent shift to more flexible, remote-working arrangements in many companies. Especially for companies that can save rental costs with the need for less office space.

“The substantial amount of time spent in one’s apartment may have led some people to reconsider the function of a home beyond protection, social interaction and emotional bondage among family members,” she added.

An extra room or study, or even a larger living room, should offer a more conducive workspace at home. It also allows for a clearer space boundary between leisure and work and leisure.

This trend may trigger developers to reconfigure their unit mixes for future projects to comprise more large units, or have more facilities that support the work-from-home culture.

By a happy coincidence, the latest launch, Hyll on Holland, is designed with rooms and spaces that are slightly larger than the norm for new projects nowadays.

At the same time, with more focus on working from home, and less on having to commute daily, being within a short walking distance to an MRT station could become slightly less important. And being within a nice pleasant neighbourhood could be valued more even if it meant being less conveniently located.

This could augur well for more out of the way places, such as the upcoming Ki Residences in the Sunset Way enclave. KI Residences is set to launch towards the end of 2020, and is poised to catch this possible new wave of thought.

Another reason for the rise in sales of larger homes, might paradoxically be due to the resilience in property prices. This is possibly prompting purchases of bigger units by those who fear that continuing price increases could put them out of their reach in future.

Look for more details in the Business Times report.