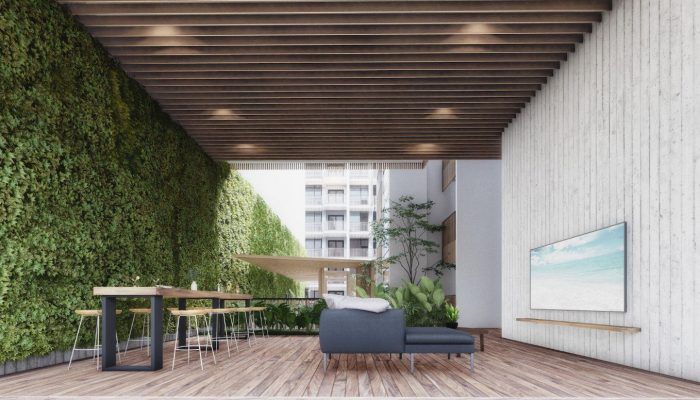 The Mori condo is the latest new freehold residential launch along Guillemard Road, close to Mountbatten Road, and the Kallang Theatre and Singapore Sports Hub precinct. In fact it is the only one with any appreciable number of units left around here, the others all having pretty much sold out.

MORI is being developed by RL East Pte Ltd, a unit of ROXY-Pacific Holdings who are known for the many freehold boutique projects they have delivered. 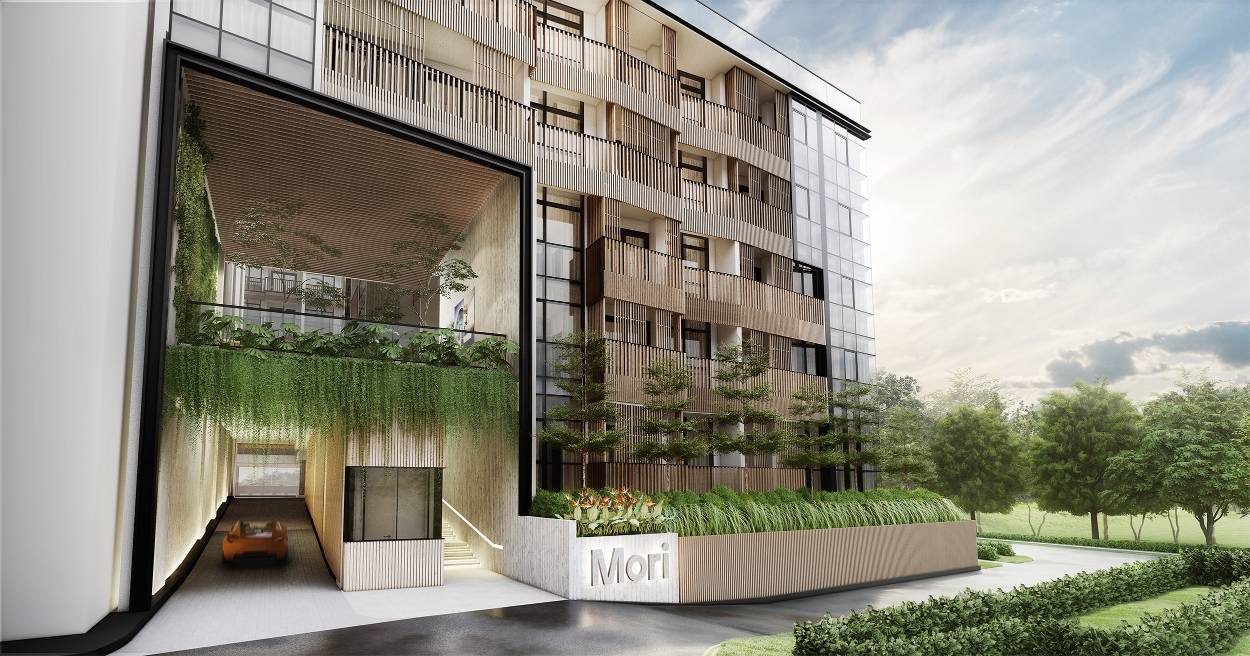 The Mori Condo at Guillemard

Unlike most freehold projects in the neighbourhood that are generally small and offer less than 50 units, the land size for this project is bigger, as it merges two plots. It allows for a reasonable development of 137 units, with a corresponding range of facilities.

MORI is targeting to preview for sale in the 4th quarter of 2021. 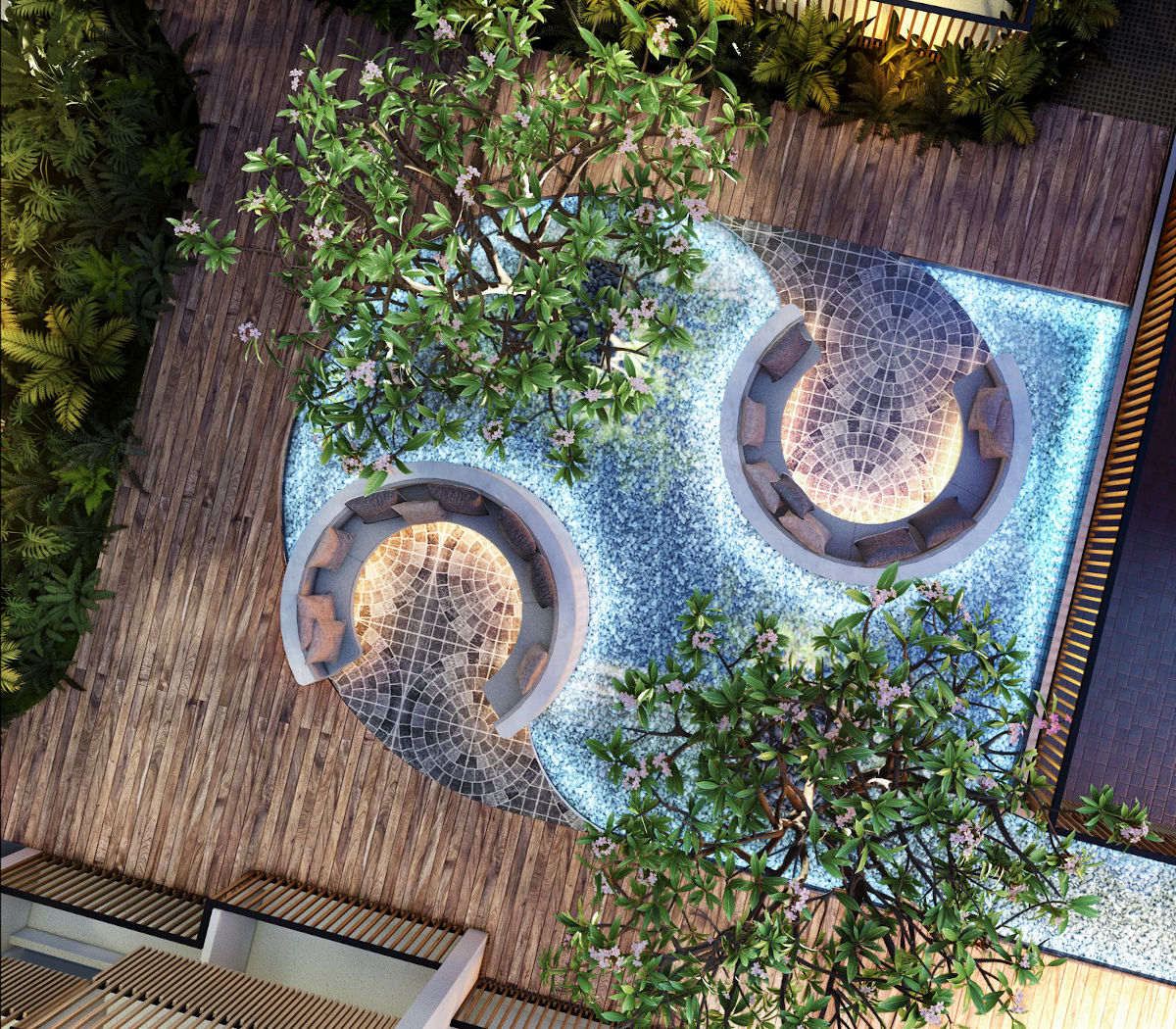 MORI, meaning woods or forest in Japanese, is inspired by the modern wabi-sabi philosophy. That translates into an appreciation of the elegant beauty of nature, that will be woven into the design of the project. It also encompasses a way of living that embraces the meaning and value of time. 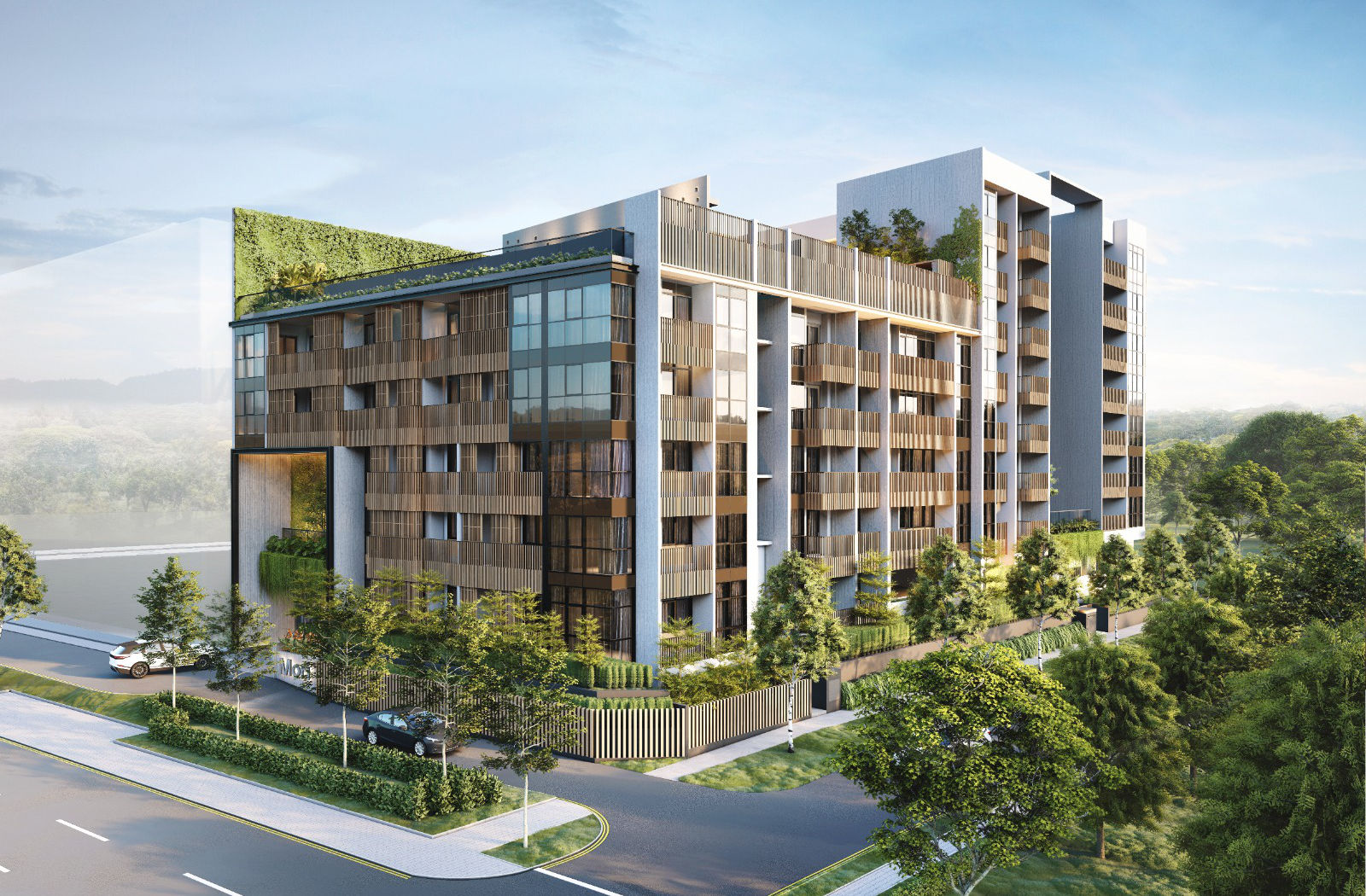 The Mori at Guillemard Singapore

So the design of the project will compose of part-five, part-eight-storey high residential flats, with the five-storey part at the main entrance side along Guillemard Road. There will be landscaped decks at the 2nd and 6th storeys, to house the facilities and pools. 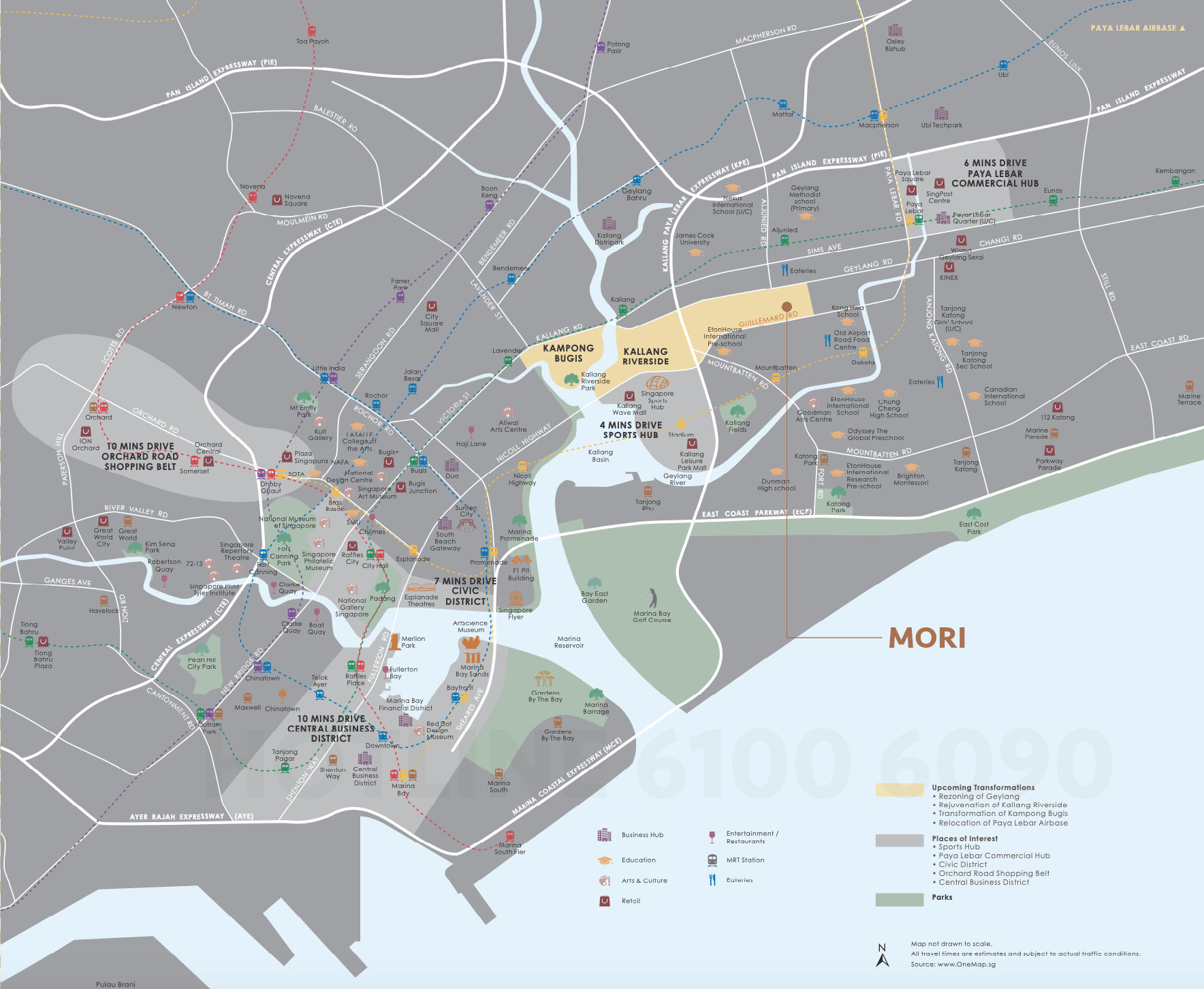 The site itself is about 500 metres from Mountbatten MRT station, roughly 8 minutes walk away, after accounting for having to climb up and down the pedestrian bridge across Guillemard Road to get there.

But if going into town, it might be faster to just hop onto a bus that goes directly down Guillemard Road through Nicoll Highway. Plenty of buses here, and the bus-stop is just in front of the site. 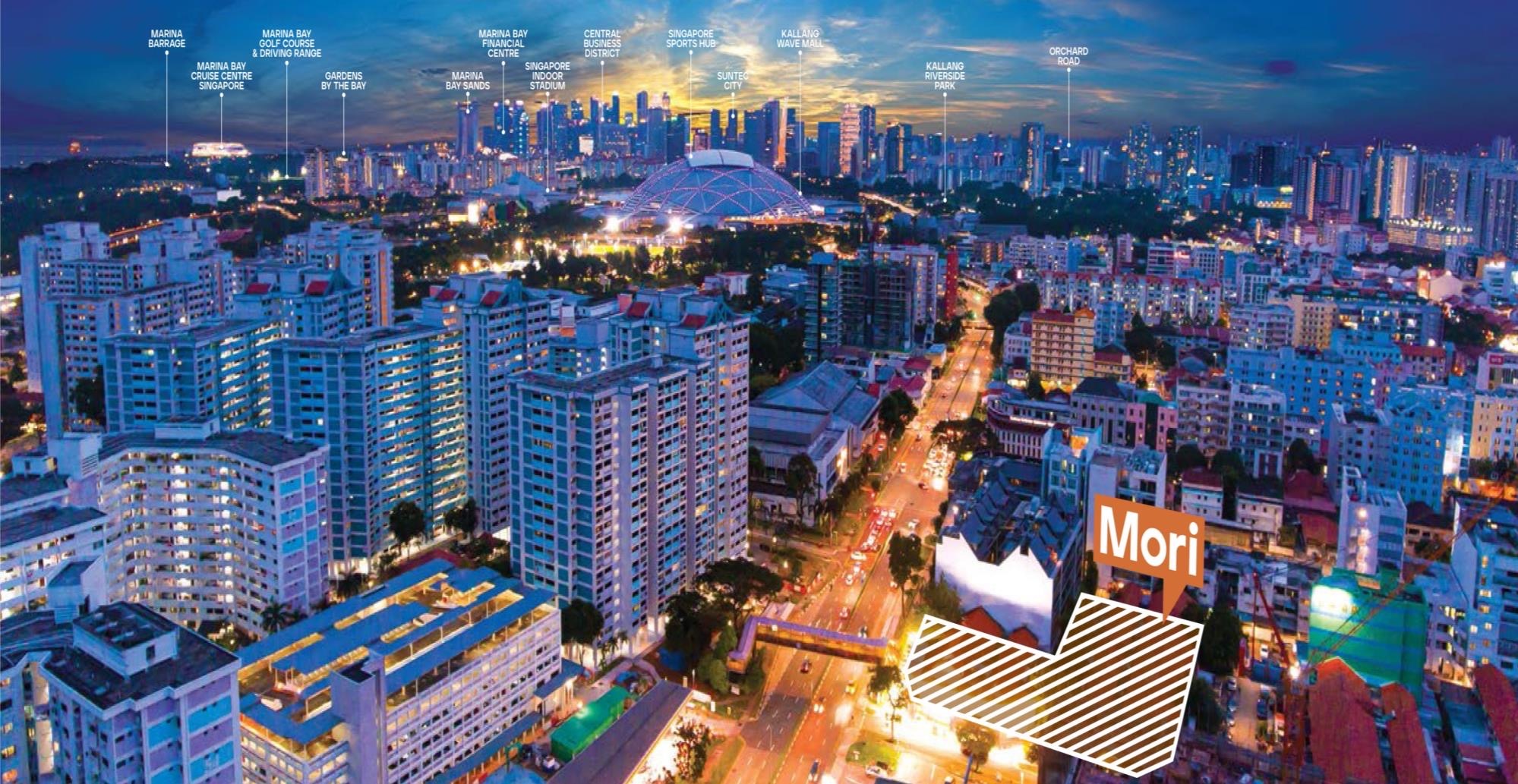 The Mori at Guillemard . Site by Night

Hence the Mori condo presents the chance to buy a fair-sized freehold property not far from the Marina Bay area and CBD (Central Business District) at a comparatively more affordable pricing.

In addition, given its freehold tenure and proximity to the CBD, this neighbourhood holds a good deal of potential for future appreciation.

The potential here for capital gain in the long run is tied to URA’s master plan for the area.

It has to do with the fact that the Mori location, between Guillemard Road and Jalan Molek, is on the fringe of Geylang. Geylang is certainly safe and fairly innocuous by global standards, though with some slightly seedy parts. However its reputation as a whole still suffers from stereotyping.

Moreover it is an old part of Singapore, with many old and run-down buildings, giving the whole place a rather dingy feel. It is hardly surprising therefore, that potential buyers are often put off by what they see on the surface.

This has served to keep property prices here below what its position so close to the Marina Bay / Kallang Riverside area and CBD really ought to fetch. 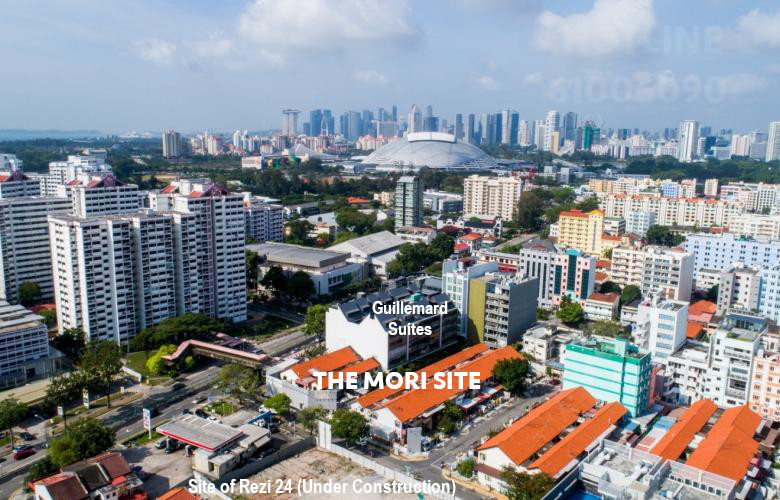 Aerial View of the Mori Site . Kallang and CBD in Background 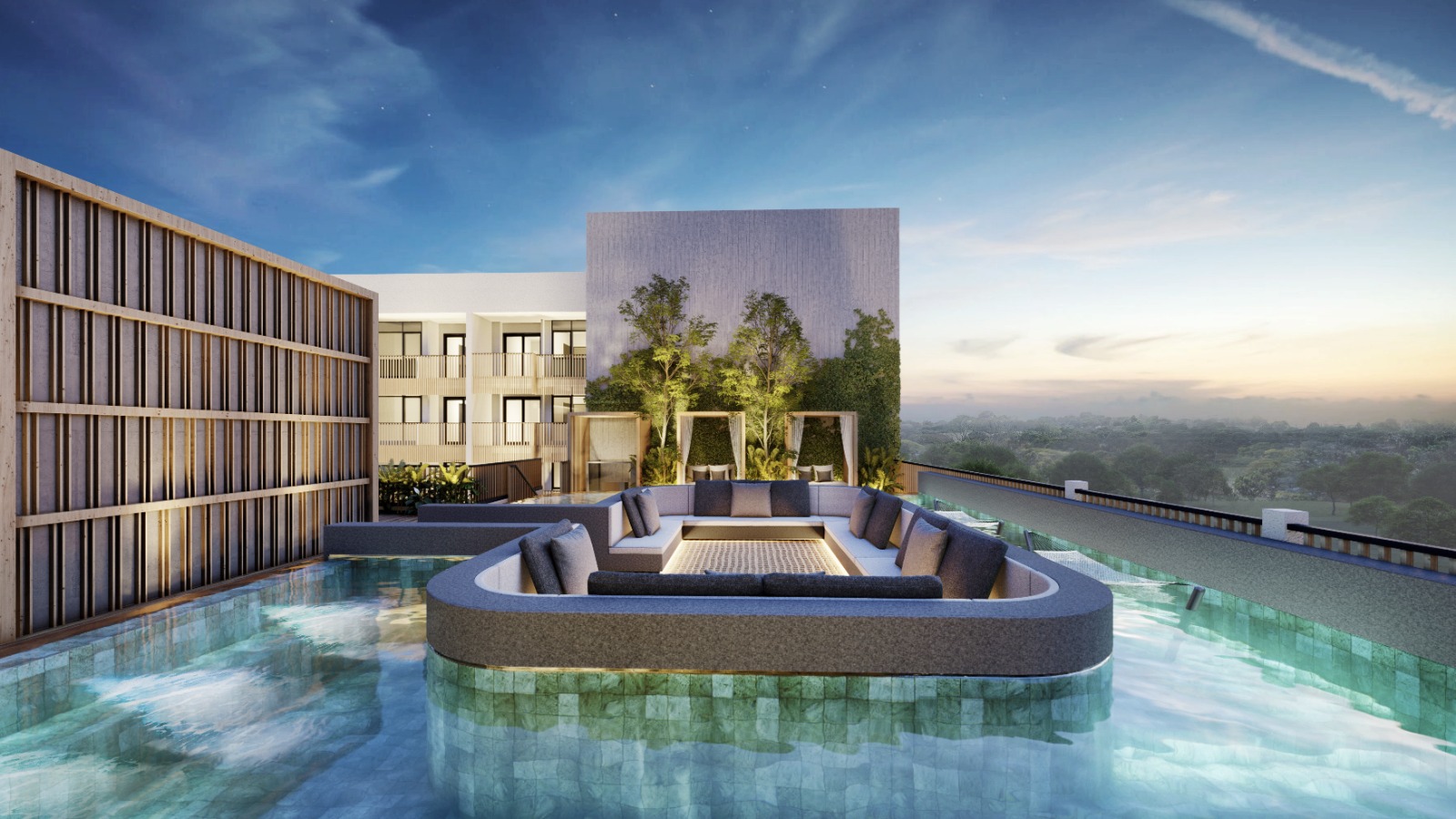 The greatest upside is usually to be found in areas on the cusp of development. To buy before regeneration takes place and everything looks nice, and it is sought after and prices shoot up.

It is a bit of a gamble of course – one can’t predict for sure if, or when, it will happen.

Such is the case with Geylang. It has all the elements for upcoming rejuvenation, and plenty of examples to follow.

For instance, Bugis used to be almost as gritty as Geylang is now. But these days Bugis is very much a happening place, with property prices rivalling those of the CBD. Or Keong Saik Road, years ago part of the “blue triangle”. Today Keong Saik is filled with hipster cafes and boutique hotels, and is home to Singapore’s more upmarket co-working spaces.

In the case of Geylang, the market has been waiting for that to happen for quite a while actually. The location is too central for it not too. However change has so far been slow.

The good thing is that it appears to be gathering a bit of momentum.

For a start, businesses like co-working spaces, speciality cafes, start-ups and design firms, have set up shop in Geylang and neighbouring Guillemard Road. The young entrepreneurs heading these are attracted by easy access to transport, proximity to town, affordable rents, and the buzz and colourful character of the area.

To add impetus to that, the URA has rezoned part of Geylang. Just one lane down Guillemard Road from the Mori condo location, the section from Geylang Lorong 4 to Lorong 22 has been re-zoned to Commercial / Institutional, from the original Residential zoning. 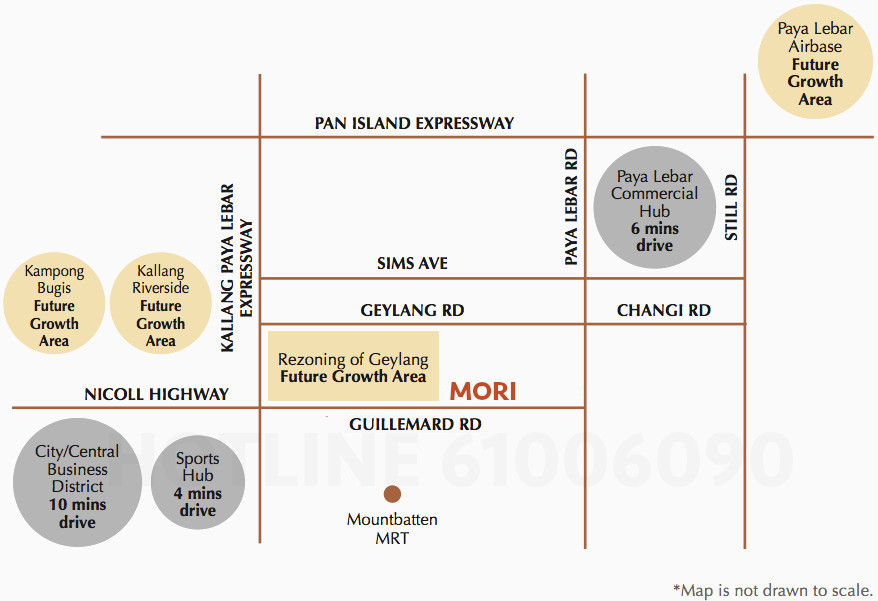 The rezoning could lift land values around here. Partly because there will be less residential space, and more commercial space. Which would boost the demand for housing in the vicinity.

Another effect of the zone change is that more businesses could be attracted to set up here, particularly SMEs. SMEs that could benefit from fast access to neighbouring business hubs and the CBD, at relatively affordable rentals.

These nearby business hubs are growth zones under the URA master plan. Such as the Paya Lebar Commercial Hub, the Kallang Sports Hub, and the Kallang Riverside future growth area.

As such we may see property values rise in Geylang, due to synergy between these centres and the Geylang business hub. Which could make the homes around here sought after, and possibly incentivise a swifter pace of gentrification and rejuvenation. 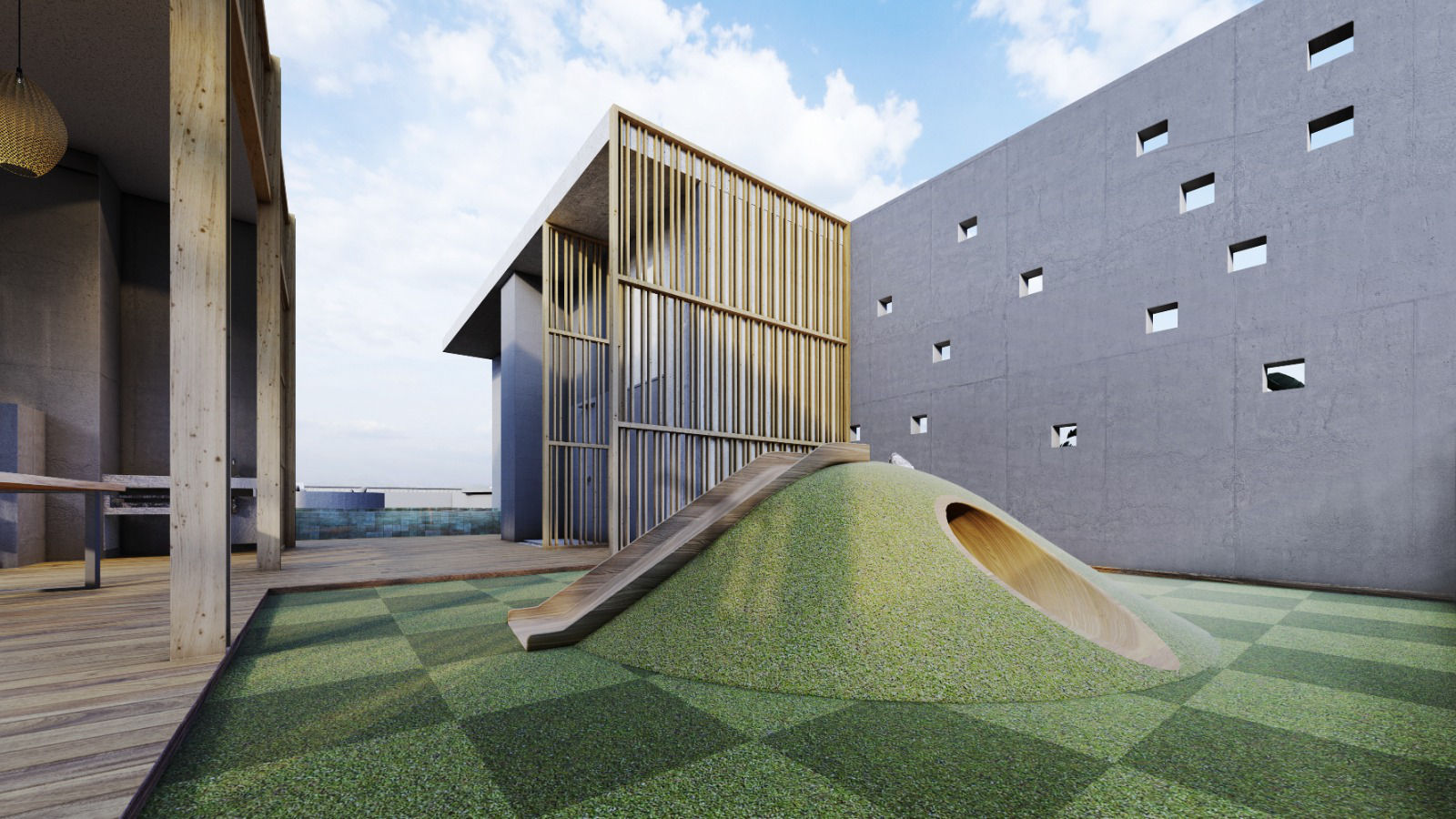 Please drop a note via the Contact Form below if you would like the full Mori floor plan brochure. 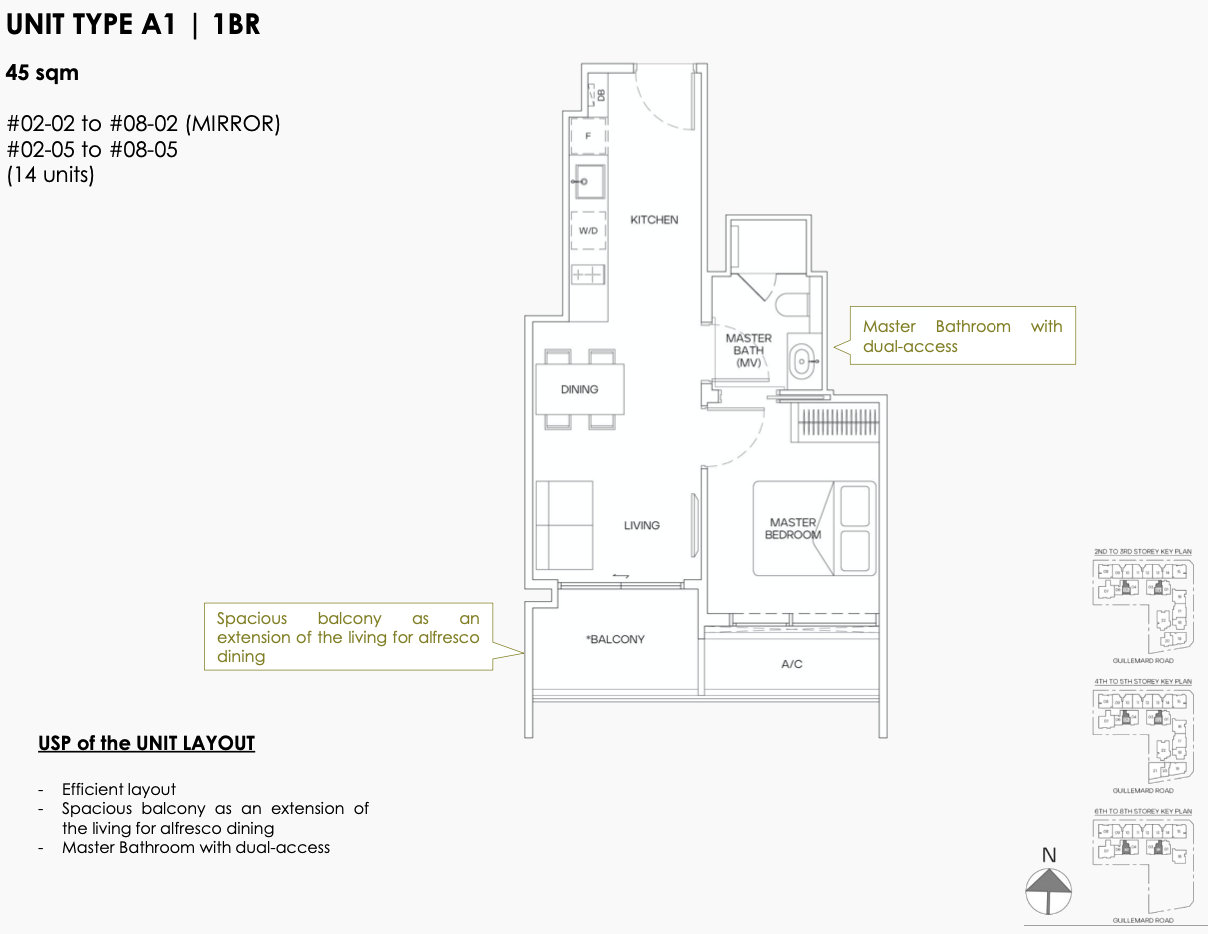 The Mori Floor Plan . Type A1 One Bedroom 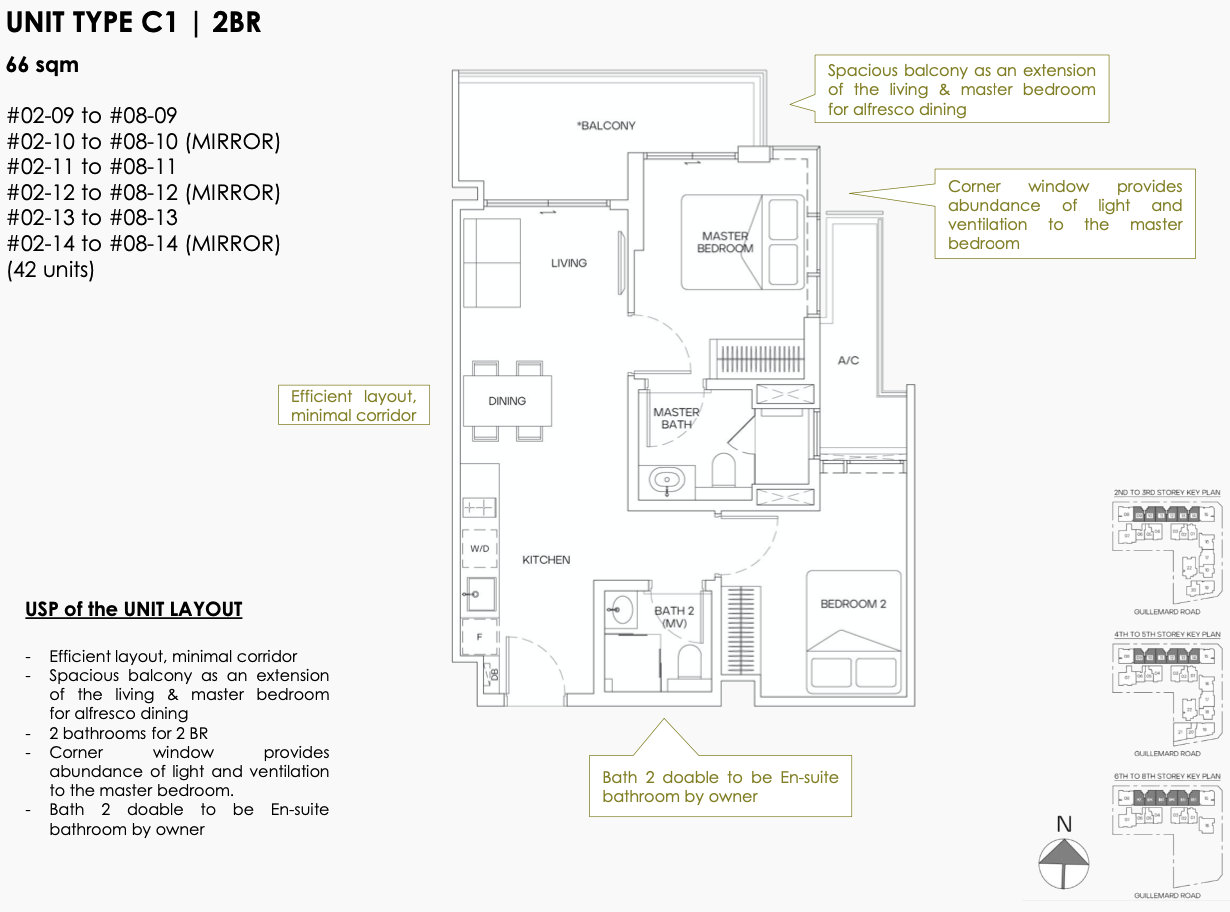 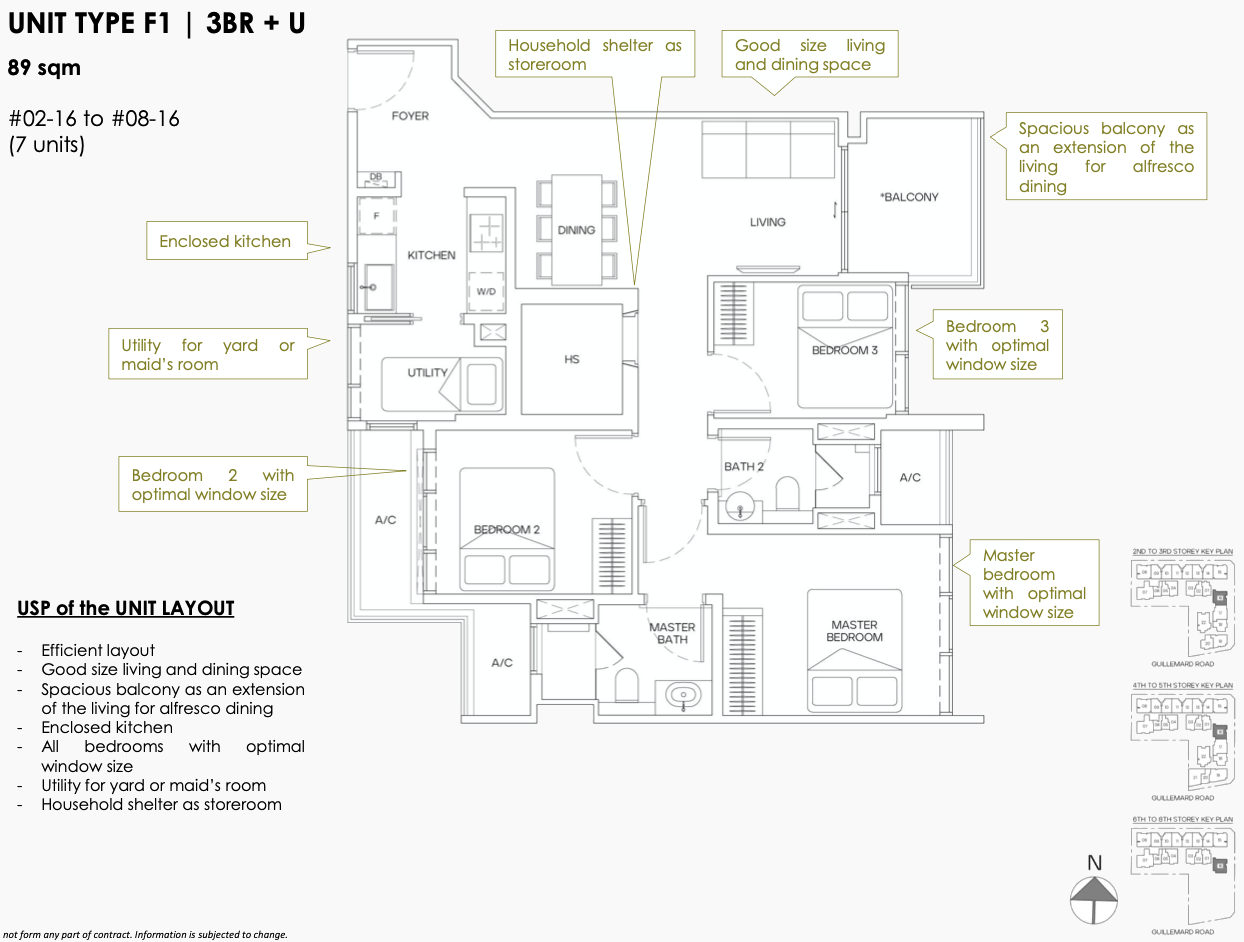 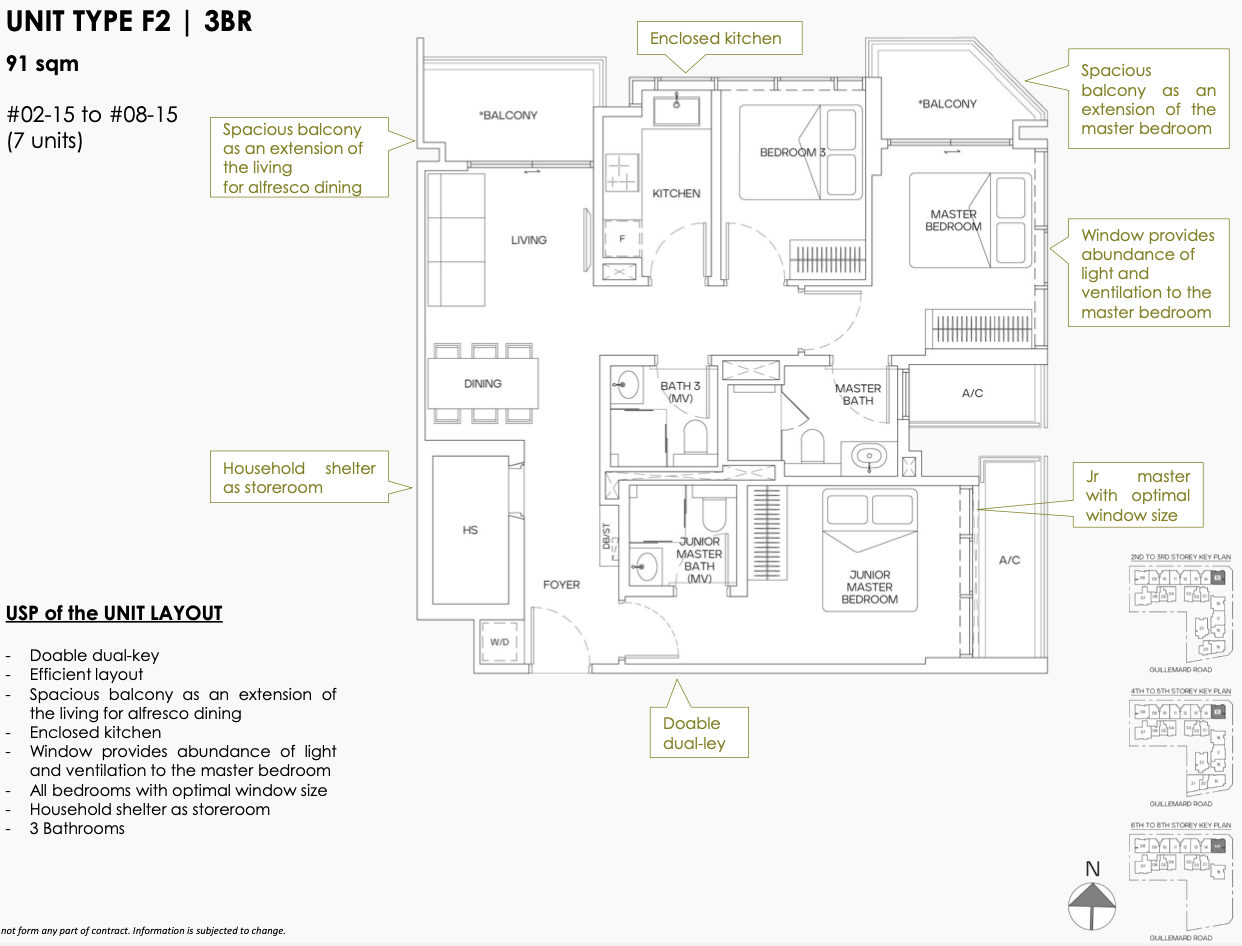 This F2 type is designed such that you can turn it into a dual key unit yourself, if you so choose. 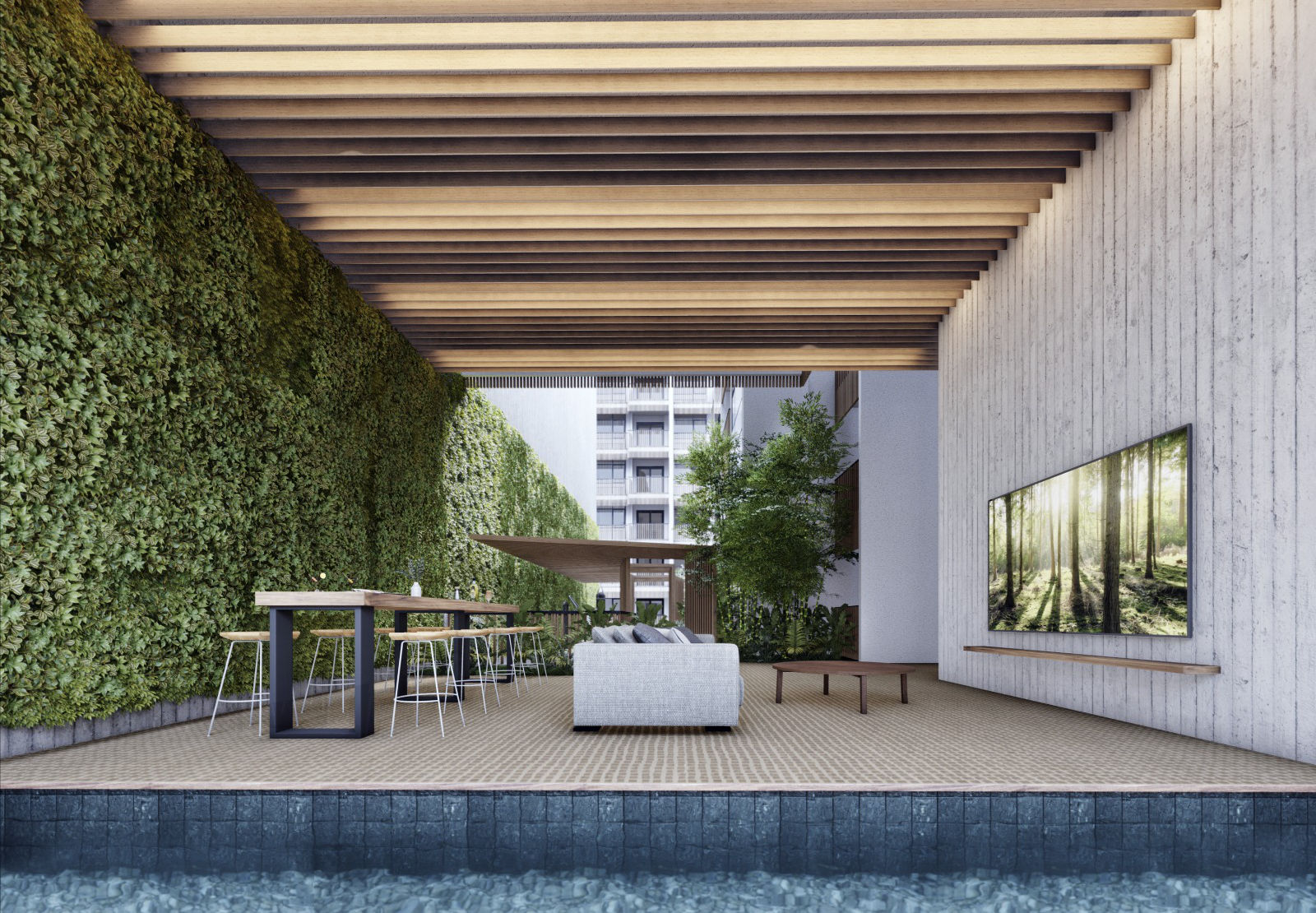 Projector Lounge at the 2nd Storey

The Mori condo site is a fat L-shaped parcel of land bounded by three roads. Its main access or entrance is from Guillemard Road itself for quicker access. While its vehicular exit is via Jalan Molek, for easier flow. 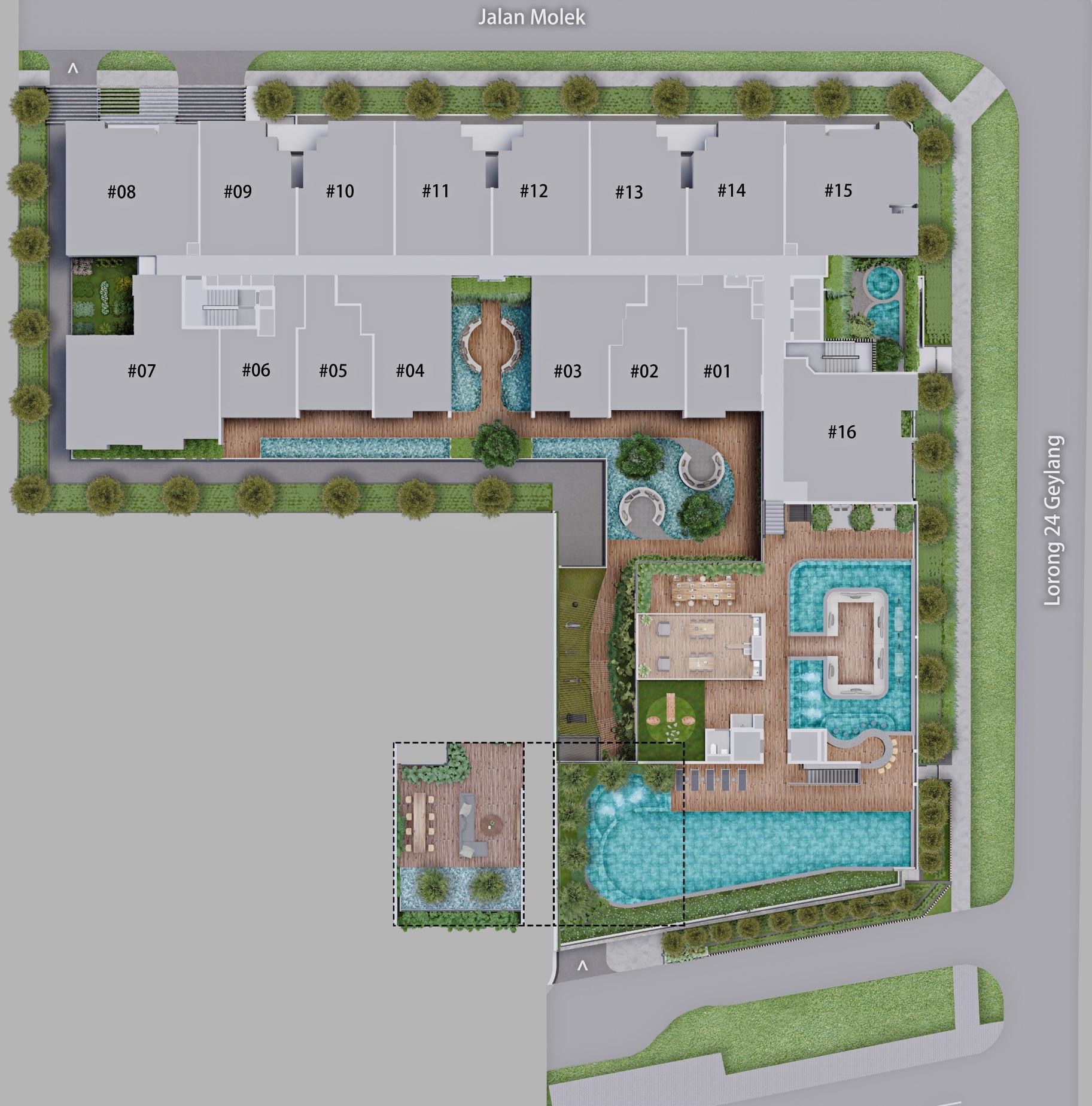 The shorter south-facing side is the one that borders Guillemard Road. Only this part will get the main road traffic noise.

The longest length of the site is on its north, facing Jalan Molek. Jalan Molek is just a small lane, so the units here will have the advantage of a quiet facing, without west sun.

Across the lane is a row of two-storey high landed houses, which means that our higher floor units fronting Jalan Molek will also likely get unblocked views over the rooftops.

Actually the MORI site is a relatively quiet one, as it used to comprise of private landed homes.

Diagonally to the north-east of our site, across Lorong 24 (the empty grey piece of land top right in the above map), is the upcoming new Rezi 24 condominium, that is under construction. Rezi 24 will complete in 2022.

Together with Guillemard Suites that completed in 2017 and occupies the land at the south-west corner of the Mori site, it is part of the ongoing redevelopment of Geylang. 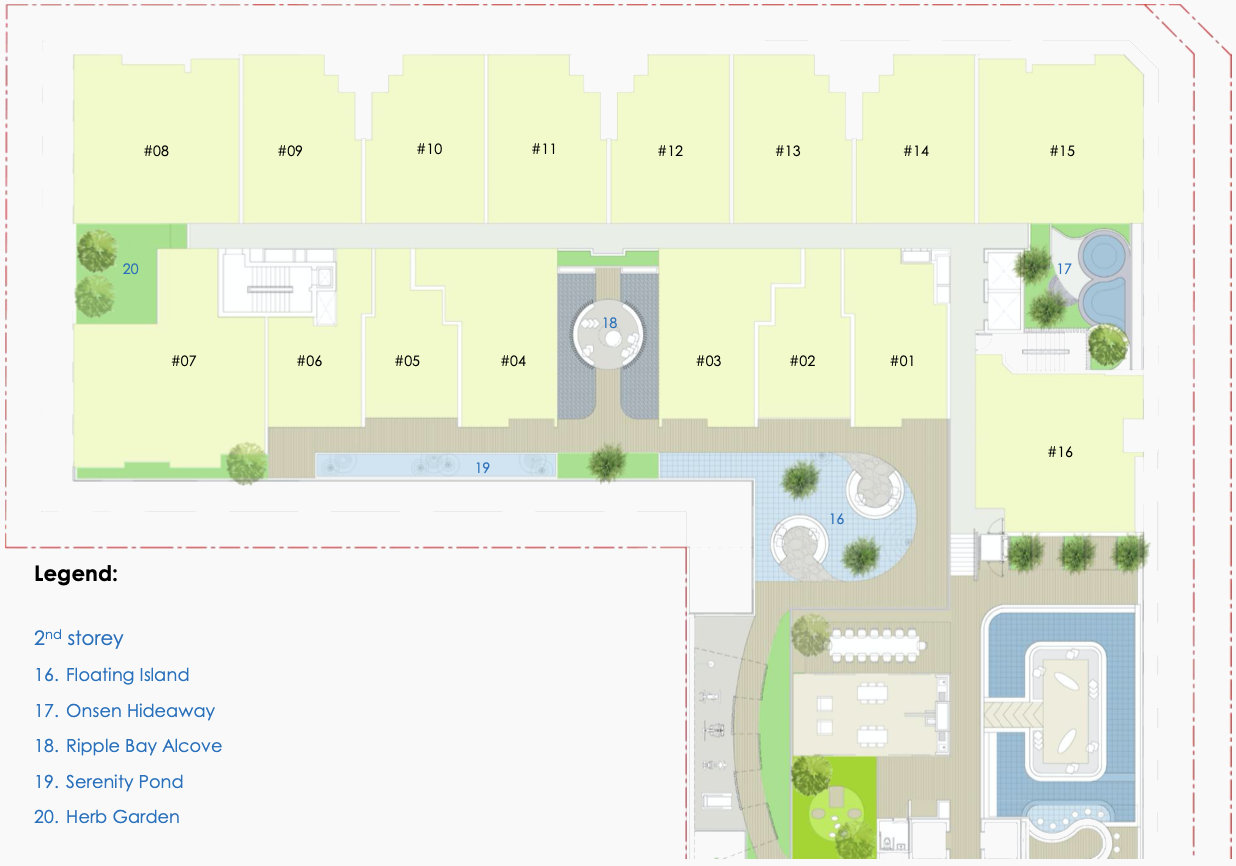 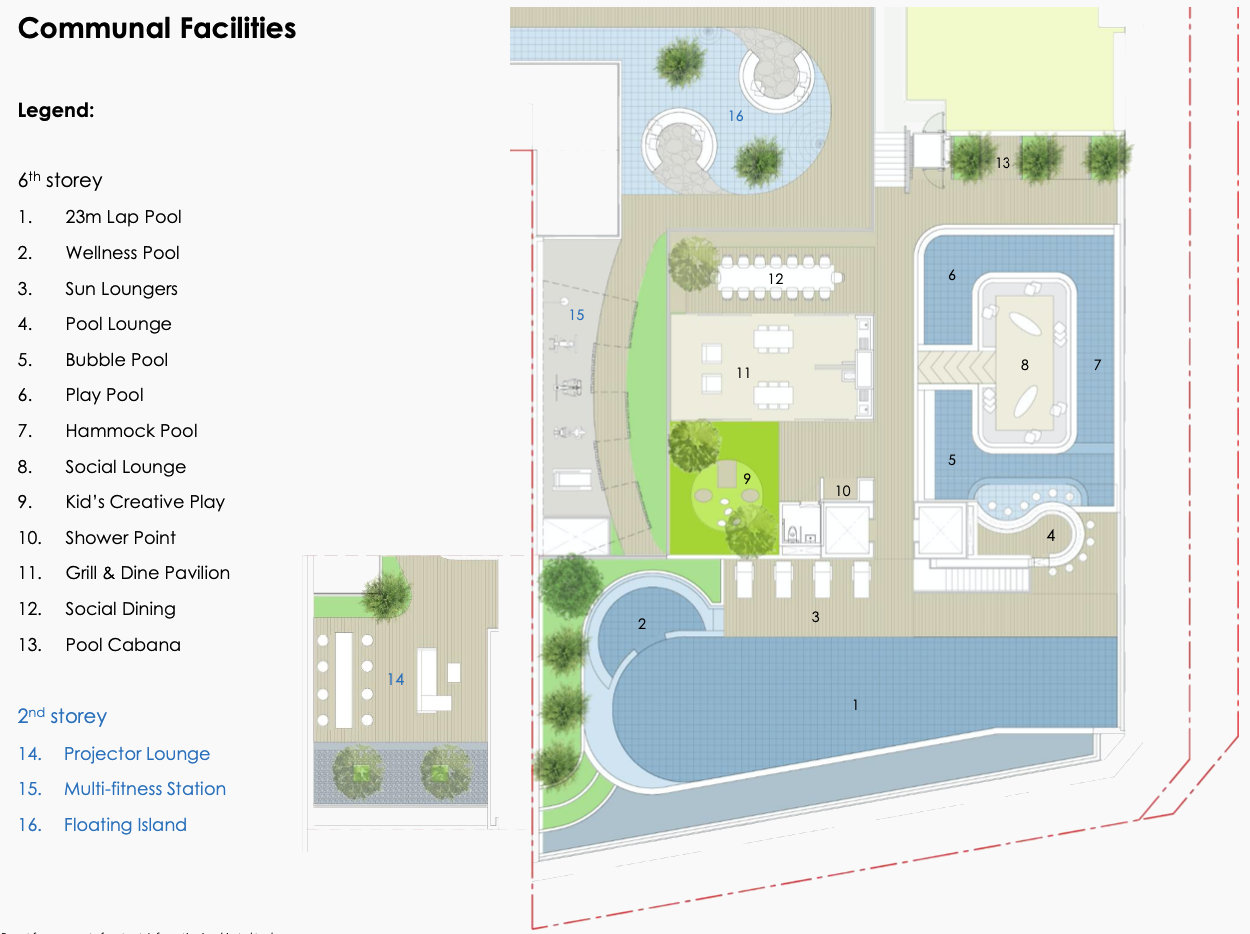 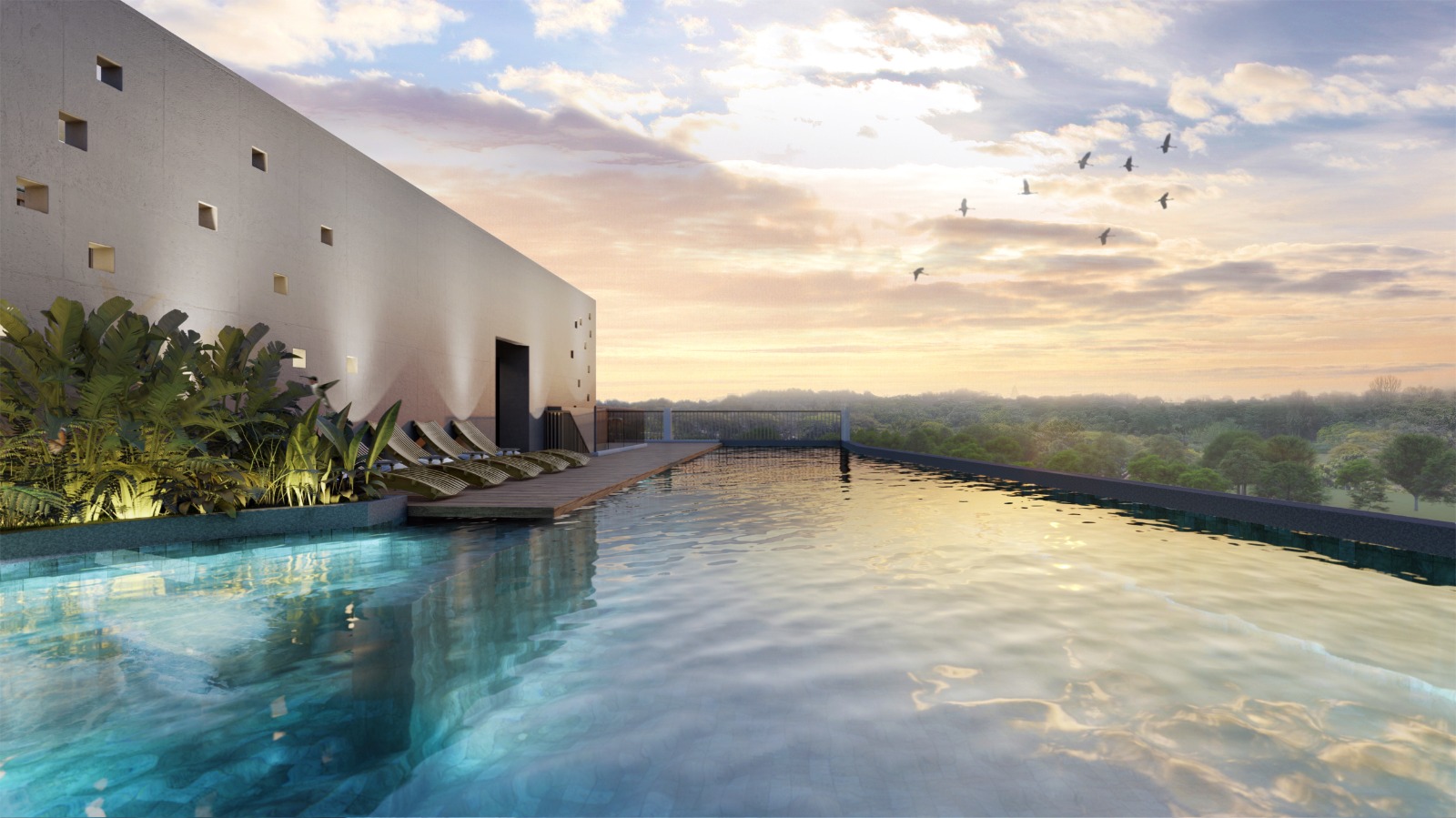 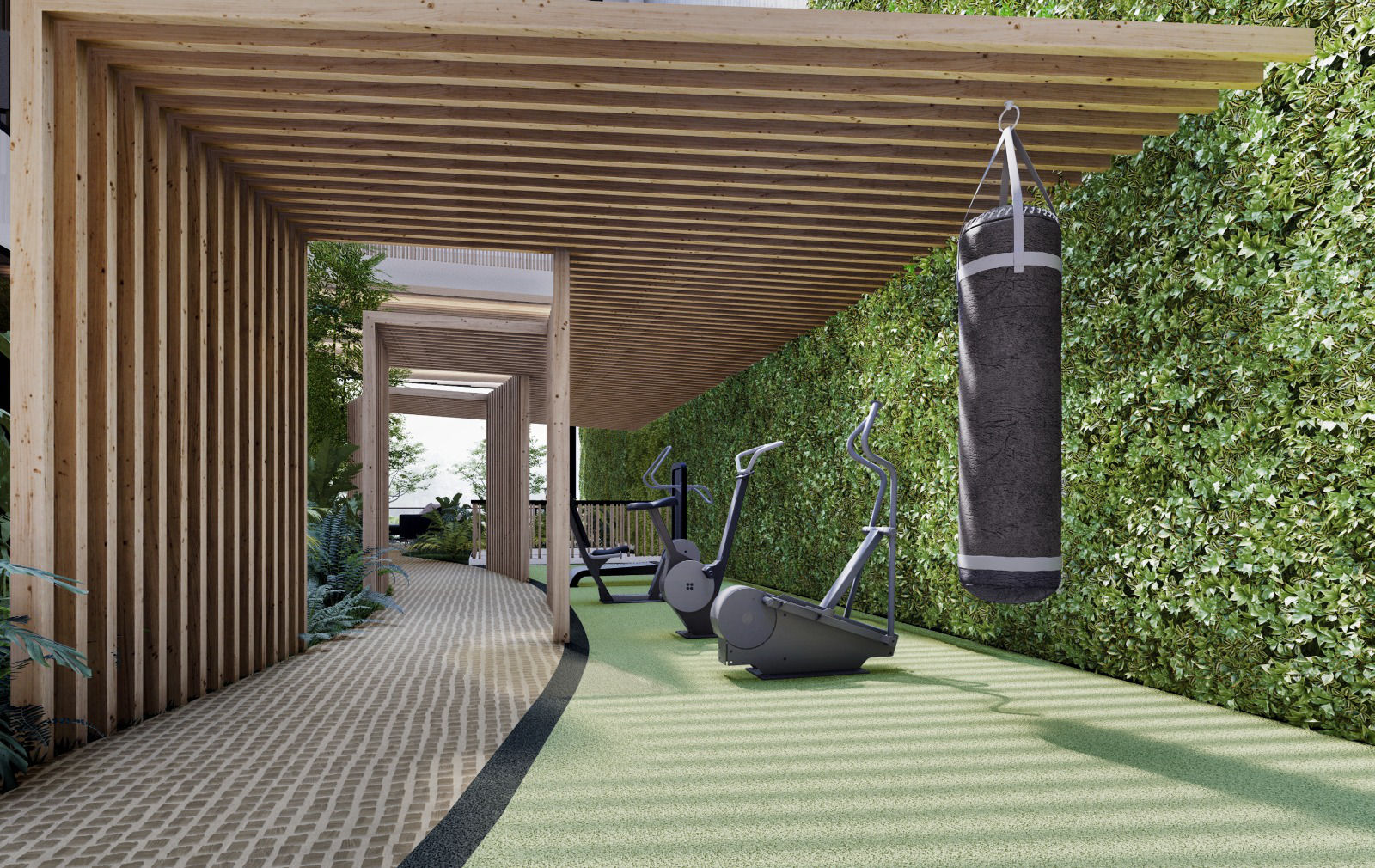 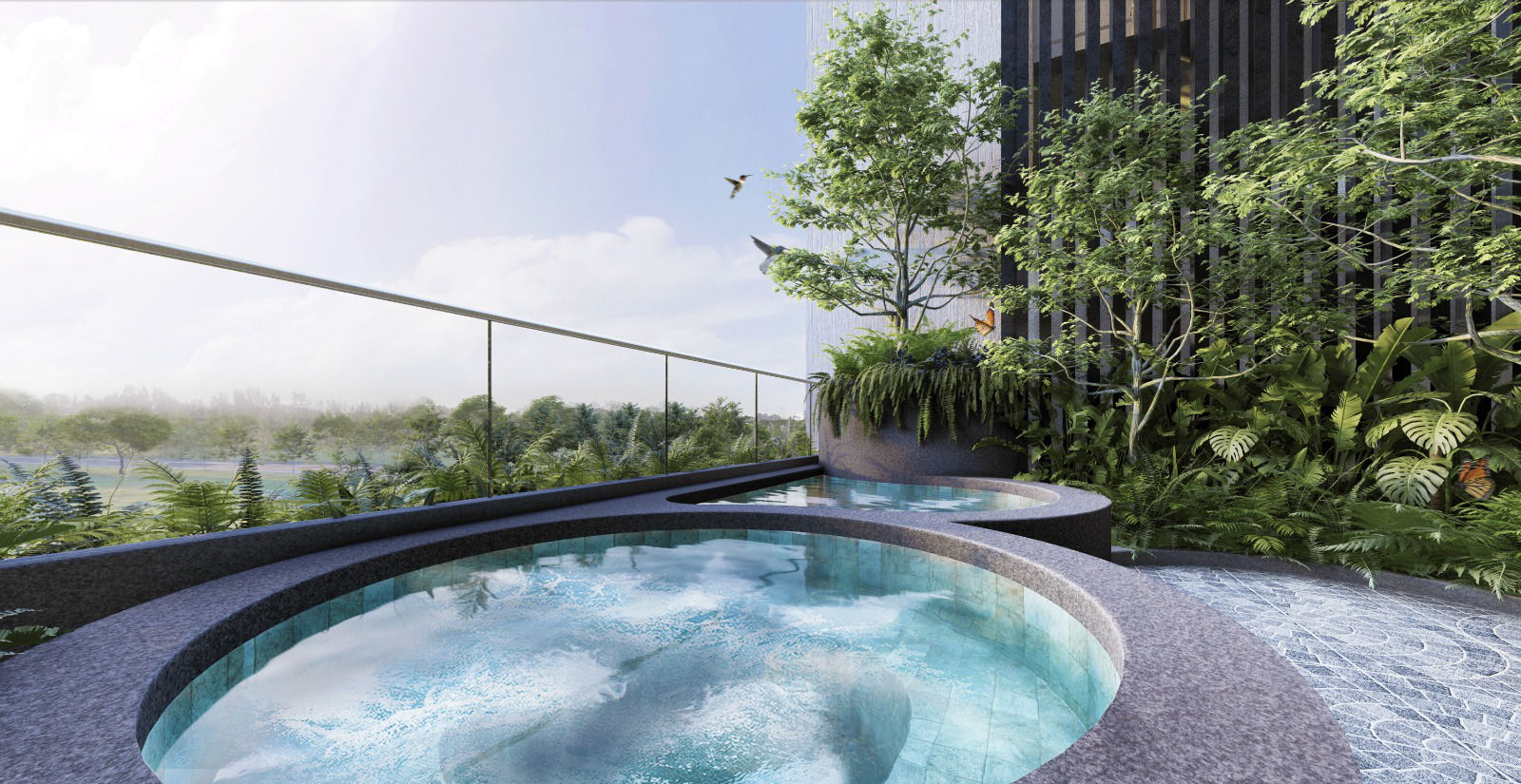 Jacuzzi Pool at the Mori Condominium

The Mori condo showflat has launched for sale.

Viewings slots are available by appointment only, as there are limited slots due to the cap on numbers.

Please drop us a note in the Contact Form if you wish to book a viewing slot for the VIP Preview.

Just click on the arrow to view the sales gallery and show units online now. 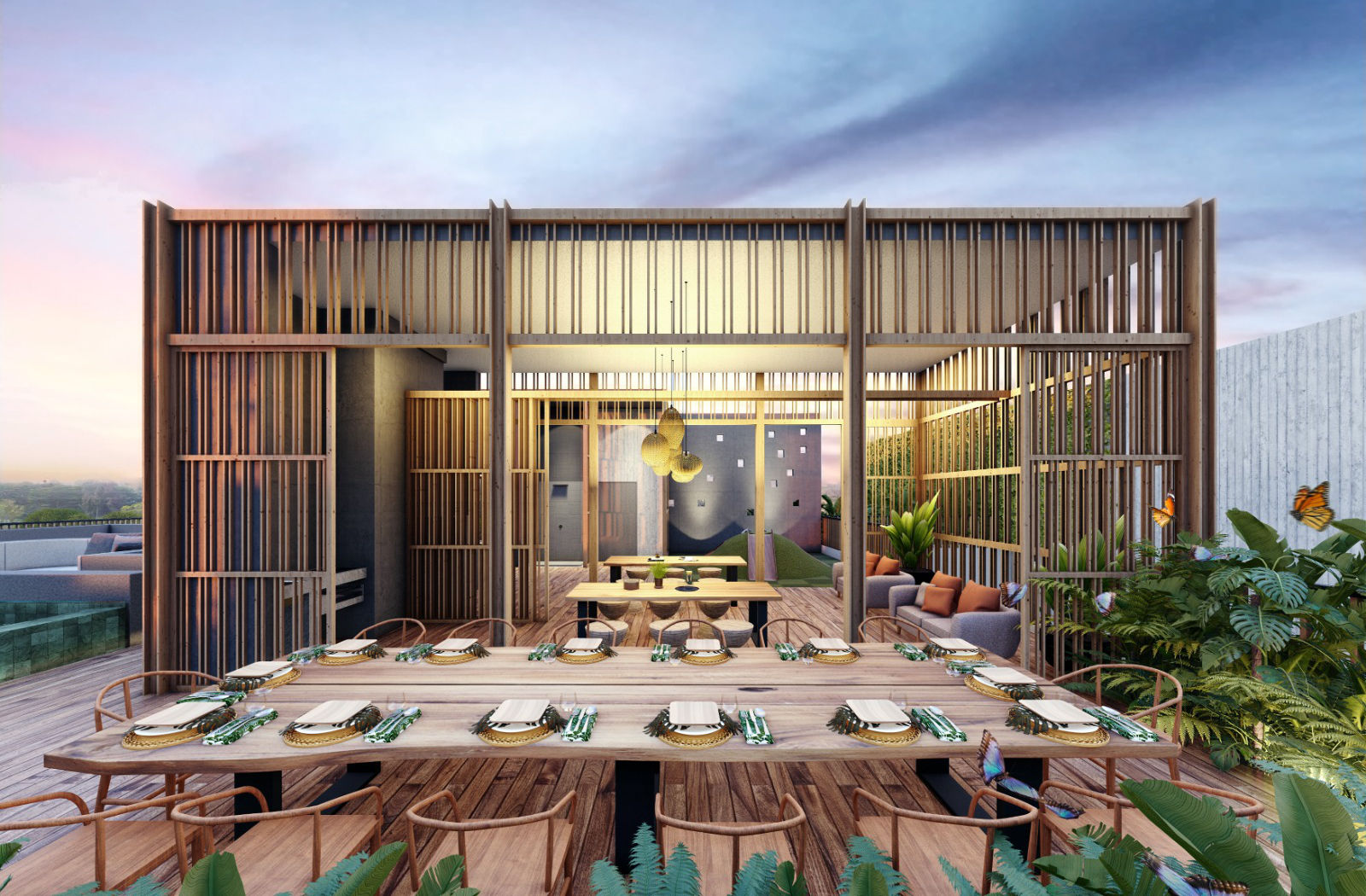 Grill Pavilion and Social Dining at the 6th Floor

The Mori condo pricing is not finalised yet. Please let us know through the Contact Form if you wish to be kept updated on the pricing when confirmed.

Property group Roxy-Pacific Holdings, through its subsidiary RL East, forked out a total of SGD$93 million to acquire the MORI condo site.

The site comprises freehold residential land totalling 3,450 square metres, or 37,131 square feet. It was merged from the strata lots at 217 to 223A Guillemard Road, and adjoining lots at 1 to 21A Jalan Molek, that were previously occupied by two-storey terrace houses.

Under the URA master plan, its allowable plot ratio is 2.8 for residential development. That equates to a maximum gross floor area (GFA) of 9,658.9 square metres, or 103,968 square feet, before factoring in the 10% bonus balcony area.

After factoring in all the relevant development costs including overheads, financing, and marketing, the break even to ROXY-Pacific Holdings could come up to around SGD$1,550 PSF PPR.

The Mori Singapore is being developed by RL East Pte Ltd, a fully-owned unit of ROXY-Pacific Holdings Limited. The project is officially scheduled to complete in 2026.

About ROXY-Pacific Holdings Limited (“Roxy-Pacific” or the “Group”)

Roxy-Pacific is a property and hospitality group that commenced operations in Singapore in May 1967. It has been listed on the SGX Mainboard besides, since March 2008.

The Group’s main business model is in the development and sale of both residential as well as commercial properties. It also oversees a property portfolio that includes shopping malls, hotels, and residential properties. 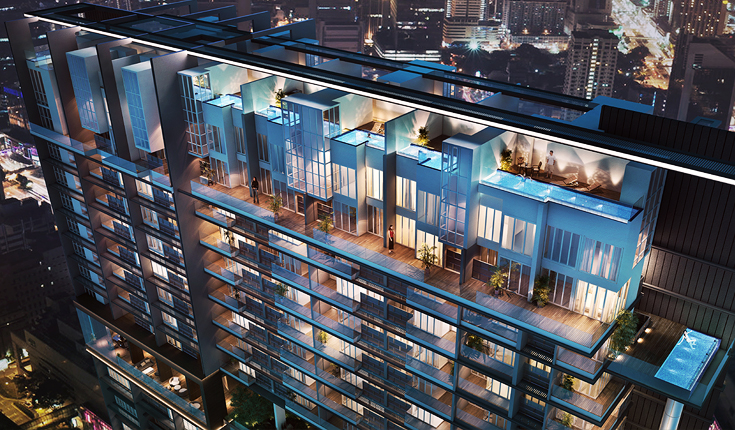 EON Shenton by Roxy Pacific . Developer for the Mori Condominium

Between 2004 to 2020, the Group launched and built 54 small-to-mid sized developments, that added over 5,000 residential and commercial units to the Singapore, Malaysian, and Australian real estate markets.

Current launches include Neu at Novena, 120 Grange at Grange Road, Wilshire Residences, Fyve Derbyshire, The Colony by Infinitum in KL, New World Towers in Brisbane, and West End Residences, Octavia Killara, and The Hensley (the last three being in Sydney in Australia). 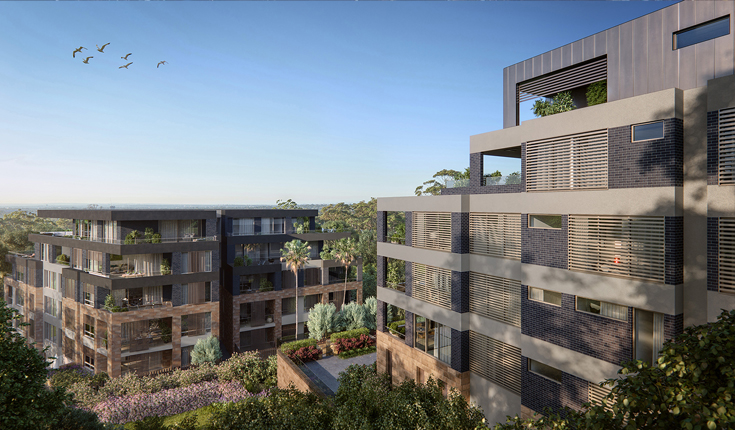 Roxy-Pacific enjoys recurring income from investment properties such as its 52 retail shops at Roxy Square Shopping Centre, and the Grand Mercure Roxy Hotel in Katong.

Outside Singapore, the Group has opened upscale boutique hotels under the Noku Roxy brand in both Osaka and Kyoto in Japan. Other hospitality investments include an upmarket resort in the Maldives, and a second upscale resort in Phuket, Thailand, that is due to start operations in 2022.

In addition, the Group holds a 40% share of a commercial tower at Queen Street, Melbourne, Australia, and another 45% stake in a 6-storey commercial block at St Kilda Road on the fringe of Melbourne’s CBD. It owns 40% of a centrally-located ten-storey commercial building at Argyle Street in Parramatta, New South Wales too.

Across the Tasman, Roxy-Pacific holds a 50% share of an office building along Queen Street in the Auckland CBD, and owns the NZI Centre there.

It also recently acquired a 49% stake in a retail property in the famed retail district of Shibuya in Tokyo, thus expanding its presence in Japan to the retail sector as well. 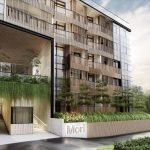